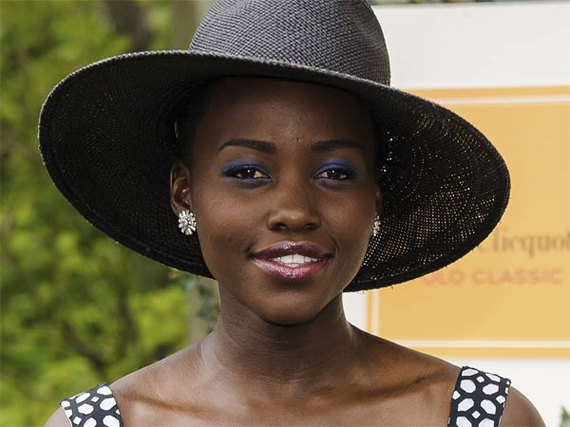 Originally posted on Philly.com for the Philadelphia Inquirer.

Before laying my head to rest last night, Black Twitter blessed me with something magical. Scrolling through my timeline, I noticed the hashtag #unconventionalblackbeauty, featuring photos of beautiful black faces. Not much different from #blackoutday, an online movement that celebrated black beauty, right?

The difference here was this was an honest discourse about how we define beauty within the black community. And I was so here for it.

In less than 24 hours, the hashtag has received a cosign from artist Talib Kweli and timelines exploded with photos of women and men with full lips, broad noses and kinky hair posing with pride. Because truthfully and ironically, a lot of times when we praise black beauty, we celebrate the features closest to Eurocentric ones.

I found myself getting emotional as someone who struggled with finding beauty in her full lips, kinky hair and broad nose. Once I found the young woman behind the hashtag, I had to call her. 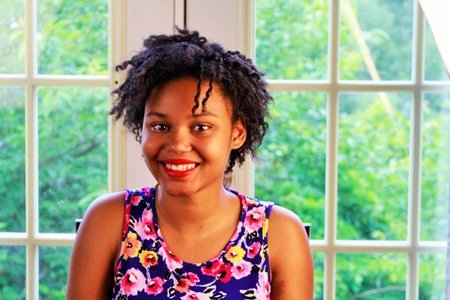 Seventeen-year-old Nia Evans, picture above, who just graduated from Bowie High School in Bowie, Md., last week co-created the hashtag with "How It Feels to Be A Black Girl" creator Jada Mosely. 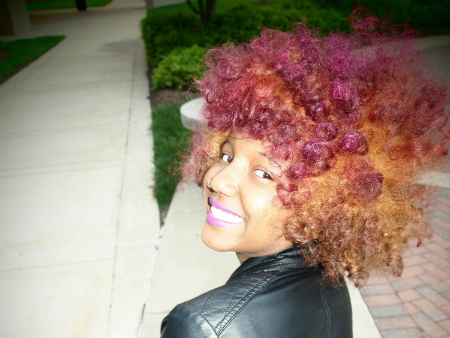 #Unconventionalblackbeauty began after a rant Evans had about how black women are represented in the media, and what types of people are celebrated in the black community.

"I wanted this movement to show the girls who don't get all the Instagram, Tumblr, Facebook or Twitter likes," said Evans, who told me her "unconventional beauty" attribute was her tightly coiled 4C natural hair.

She says, if you're aware you already are the standard of beauty, support, but don't post.

In other words, she says, "If you know you won't find yourself in a magazine, this is for you."

I've been waiting for this since I angrily barged into my dad's car at 10-years-old after school one day and told him I was ugly. That my nose and lips were "too big."

My brilliant father said something I'll never forget. "Too big compared to who? To who or what are you comparing yourself? You ever thought that maybe their lips and nose were too small?"

And it was then that middle-school-me realized that my entire concept of beauty was on a Eurocentric scale.

In the black community, we often celebrate those who are Afrocentric as long as they don't look "too African." The funny thing about the hashtag #unconventionalblackbeauty is that most photos were pretty conventional. But partnering these pictures with the word "beauty" has made them unconventional. For so long, black was made to conform, whether physically, mentally or spiritually. But being unapologetically black or when your facial features go against "the norm" has been, in many ways, "unconventional."

Africa has produced some of the most diverse beauty the world has ever seen and that is fact. Our shades and phenotypes are not homogeneous. The width of a person's nose and the deepness of skin tone do not dictate the depth of Africanness.

And yet, when we talk black beauty, we tend to exalt the Imans, Jessica Whites and Beyonces.

Lupita N'Yongo and Alek Wek would be considered unconventional black beauties and are deemed "exotic" because of it.

#UnconventionalBlackBeauty mouf too big, nose too flat, skin too brown. Black and proud. We are beautiful. ✊🏾✊🏾✊🏾 pic.twitter.com/Ad9P7s6JLP

If you're skin is deep, beauty is only achieved if your nose is pin straight or minuscule. Or you should have "good hair."

It's okay if your nose is wide as long as you have light skin and light eyes.

My sister and I would swing from one beauty icon to another, mixing and matching their features until we convinced ourselves we were visible. We clinged to the image of Rihanna because she was one of the few mainstream artists we knew with a somewhat broad nose who was considered sexy and beautiful and didn't go under the knife to reconstruct it, even though she has light skin and light eyes. Add Keke Palmer's skin tone, though she wore her hair straight and ours was kinky. Add Angela Bassett's cheekbones, though her nose is a bit narrower than ours. Erykah Badu's hair, though she, too, has light skin and light eyes. And Jill Marie Jones' full lips, though she has a button nose. Voila! There we were.

I only weigh 103, my lips are big, & so is my head😪😖😪😪 #UnconventionalBlackBeauty pic.twitter.com/KCkXkf0evB

Women with deeper skin tones would often lament that people would say, "Oh you have such beautiful skin!" But would never said that they, innately, were beautiful.

When we exalt natural hair, what kind of hair textures do we showcase?

#UnconventionalBlackBeauty cuz my mean mug too real, my moles are always present and my cheeks & nose are full. pic.twitter.com/ACuxLjPpkh

#Unconventionalblackbeauty also acknowledges how we define black beauty when it comes to our bodies. Not every "black queen" has a figure-eight, big booty, full chest and thick thighs. Honestly, most have two/three out of four. And others are beautifully slender.

My black British friends were surprised when they came to the United States to find that black Americans looked like them. They expected to see Beyonces, Keri Hilsons and Jesse Williams roaming the streets of Philadelphia.

My mom often painfully recollects my grandmother instructing her to hold a clothespin on her nose in attempts to narrow it. This pain runs deep and is symptomatic of hundreds years of slavery, colonialism and menticide.

#UnconventionalBlackBeauty
I'm a woman. I do not pass. I know better than anyone else. pic.twitter.com/ySgYoXuiXs

The round curves of my face are soft, warm and welcoming.

It took me a long time to learn that these features weren't born out of inferiority, but are a product of a powerful and noble lineage. I still grapple with it sometimes because it's one thing to know it, understand it, and celebrate it. But it's another to believe it.