In between the projects and celebrations of World Breastfeeding Week and Breastfeeding Awareness Month, there lies a sobering reminder of the work that still needs to be done to improve infant nutrition across the globe.

According to UNICEF, half of all newborns are not put to the breast within an hour of birth.

This might not seem shocking, or even significant at first glance. But unfortunately, the consequences of just a few hours delay can be catastrophic, as summarized by France Bégin, UNICEF's Senior Nutrition Adviser:

"Making babies wait too long for the first critical contact with their mother outside the womb decreases the newborn's chances of survival, limits milk supply and reduces the chances of exclusive breastfeeding."

And this is the reality for half of all newborns.

Here are the facts we need to know, according to UNICEF:

For many, this message is difficult to read. Many of us have faced traumatic births or a lack of immediate postpartum support, leading to a loss of that crucial knowledge-transfer that could go some way in bettering these statistics. 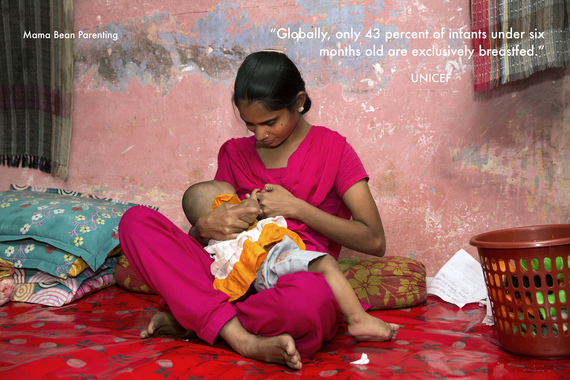 And globally, there is still a vast amount of work to be done. In the Middle East, North Africa and in South Asia, for example, mothers who deliver with a skilled birth attendant are less likely to initiate breastfeeding in the first hour of life, compared to women who deliver with unskilled attendants or relatives. It seems that the art of breastfeeding truly is handed down between generations. Yet with better training, stronger support, more information and an increase in the awareness of the significance of breastfeeding, we can surely expect to see improvements in the coming years.

Related articles:
Breastfeeding: Do We Really Need To See It?
There is No Such Thing as Selfish Breastfeeding
We Need To Talk About Sippy Cups

A version of this post originally appeared on Mama Bean Parenting. 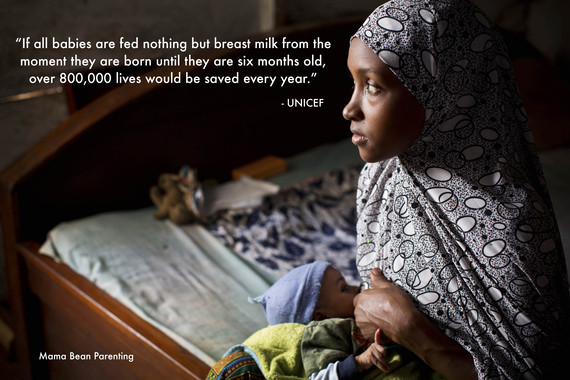 More:
MomsBabiesMotherhoodParentsworld breastfeeding week
Newsletter Sign Up
Raise the kind of person you'd like to know
Subscribe to our parenting newsletter.
Successfully Subscribed!
Realness delivered to your inbox