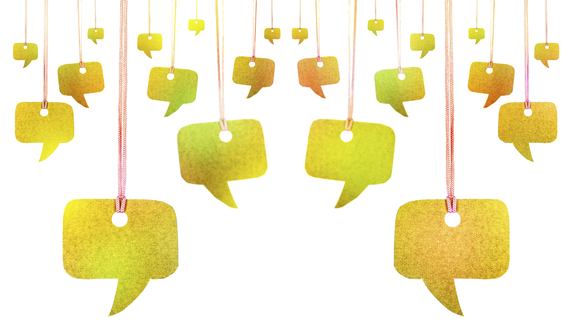 The beauty of being in voiceover today over any other time in history is the fact that every session is as near as a simple "patch". By that I mean a studio in one region of the country -- say Austin, Texas -- can easily patch (connect remotely) with another studio, say, in Bridgeport, Connecticut.

No need to travel to another city (or country, for that matter) where the client who booked you may be for the session. Simply don your headset, step up to the mic, and the client sounds as near as the control room, regardless of where your recording booth might be. The form of patch typically depends on the budget of the project, the production demands, and whether it's union or non.

In the U.S., there are a variety of forms of patch used, most to record professional voice talent in a studio separate from the client/producers for commercials, industrials (corporate narrations), network promos, and documentaries, to name a few. The most common forms are: phone patch, Skype, ISDN (Integrated Services Digital Network) and ISDN alternatives, such as Source Connect, SourceConnect Now and ipDTL (Internet Protocol Down The Line).

ISDN has been the go-to digital patch option for more than 25 years. Whereas SourceConnect, which relies on the internet to connect, has been adopted the world over as the most reliable ISDN replacement for over 10 years now.

SourceConnect and ISDN are equivalent when it comes to sound quality, and offer a production experience that, in most cases, seems as if you're in the same studio with the client, though you may be thousands of miles apart and in two different states. However, the difference between them could be summed up as:

Personally, the feature I like best about SourceConnect over ISDN is that a forgetful recording engineer or intern can't leave the SourceConnect connection on over a long weekend at the end of a session patching with Honolulu, for instance, and rack up a $8500 long distance bill. It's a frightening experience, and I don't know a studio that hasn't had that happen at least once. But, like ISDN, it should be noted SourceConnect is NOT for the novice techie either.

Enter SourceConnect Now and ipDTL, two different versions of the same technology. These two options offer the most significant advancement in seamlessly patching one studio to another without having to up load and download all the uncompressed (WAV or AIFF) recorded files following the session, as you would with phone patch and Skype. Like their ISDN and SourceConnect predecessors, the recording can be done in multiple studios simultaneously. The upside: the less technically inclined are open to greater opportunities, as are those of us who prefer to keep things clean and simple.

Considering not all voice talent are all that techie (nor should you need to be), if you live in something of a thriving Metropolis as so many of us do, it might just benefit you more to leave it to the professionals should you land a voiceover job that requires an ISDN patch or SourceConnect. I suggest you enlist studio services as needed on a case-by-case basis. Chances are there's more than one small, yet professional, recording studio that offer at least one of these patching options within a few short miles from where you are right now. Many, but not all, studios offer a (lowered) "talent rate" (rather than a "commercial rate") should you need to patch with a client out-of-state who requires ISDN. And considering both SourceConnect and ipDTL can seamlessly bridge (connect) with ISDN, you honestly don't need ISDN even if the client specifically requests it.

This way you can remain the professional voice actor rather than awkwardly attempting to be a Jack-of-all-trades who's really only a master of distraction. I only mention this because so many consider themselves wonderful drivers, possess a great sense of humor, and are a "perfectionist". Sadly, experience tells a different story. My point is true of many self-proclaimed "techies".

All forms of patch, as with any technology, are subject to the occasional technological hiccups and issues. Perhaps even more so in the hands of those who lack experience and wherewithal when it falls to them to correct or trouble-shoot problems as they arise. What separates the professionals from the not-so-professional is how well they weather the situation when things don't go as planned. And when it comes to production, things don't always go as planned. This is true even with a simple Skype session, which a fair amount of nonunion voiceover jobs employ. And precisely why I recommend you concentrate your efforts on building and maintaining your voiceover skills, first and foremost, if voiceover is, in fact, the profession you're aiming to succeed in.

In any case, you now know what any self-respecting voice talent knows about landing work outside your immediate region, and how you can open up your employment options by a dramatic margin.