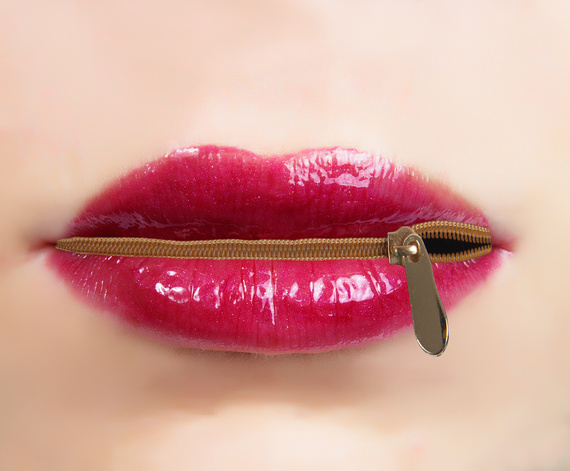 Since last fall, over two dozen women have accused Bill Cosby of sexual assault, which he vehemently denied and was never charged for. However, now that court documents have been released from 2005 that show he admitted to having 7 prescriptions of Quaaludes to give women to have sex with him, he has been quiet. I am not going to go into whether or not you should or shouldn't believe that Bill Cosby is guilty of these crimes. That is not my job. However, part of my job is to educate people on the psychology of experiencing sexual assault, perpetrating sexual assault, and the culture in which sustains the cycle of sexual assault. As a culture, we do not want to go there. But I'm going to (sort of) go there now.

Every time there is a big media story about sexual assault everyone gets wound up. However, these are not isolated events of violence. These are publicized events of violence. These atrocious acts occur every day to people we probably know. What's worse, because we are used to huge media outbreaks of sex scandals, we're only aware of events that are publicized. This leads us to perceive this problem as being much smaller than it actually is.

In fact, the problem is huge. In the United States, we know that at least 1 in 5 women have experienced rape by the age of 25 (1). The bad news is, most women who have been sexually assaulted never tell anyone (2), which means the statistics on sexual assault prevalence are conservative. The good news is, research shows prevention and treatment of sexual violence and the PTSD that follows, helps a whole lot (3, 4). We also know that women who have experienced sexual assault experience physical and mental health issues later in life and individuals who experience trauma also have adverse cognitive outcomes and even premature aging. You can learn all about these outcomes of trauma here. So, why are we not fighting as a society to put an end to these atrocities? Because we would then have to recognize that violence against women is very real and we can all do something to stop it, but we have unconsciously decided not to.

Instead, we want to believe the victim is making it up. It is extremely rare that a person will falsely accuse someone of sexual assault. However, those cases are more salient because they affirm our belief that sexual assault is rare. If we do believe that some version of the 'incident' did happen, we blame the victim for the 'incident' occurring. "She was wearing a short skirt." "She was almost an adult." "She wanted to get drunk". This is called victim blaming, where we question the alleged victim but not the alleged perpetrator. We blame victims, not because we're a**holes, but because we don't want the violence to be true. We blame victims because it is easier to change our opinion than it is to change our behavior. This is a little thing called cognitive dissonance. If the 'incident' didn't really happen, we can go on as usual. If the 'incident' did happen, we need to change our behavior in some annoying way.

For instance, perhaps we need to stop supporting a corporation, vote to have someone removed from their position, stop going to movies or shows that feature the perpetrator, file a report with human resources, etc. So instead, we ask questions that allow us to change our attitude, such as, "Why would she be telling this story now?" "Was she drinking?" "She was 17 though, right? Almost 18?" instead of "Why did he give her drugs and rape her when she was passed out?" Quite frankly, we don't want to know the answer to the latter question. Thus, our victim blaming culture makes it safe to perpetrate sexual assault because perpetrators know that the victim is rarely believed.

Any time there is a powerful individual who is accused of sexual abuse or assault and that person is a central part of an institution, there are going to be some sacrifices to take him down. If we decide to believe he is a perpetrator, we have to be prepared for our friends within the institution to ostracize us. Making it highly likely that we would have to stop going to our church who the perpetrator ministers for, supporting the team the perpetrator coaches for, going to the concert the perpetrator is performing at, etc. We don't want to believe our leaders are capable of such heinous crimes because we trust and admire our creative, political, financial, spiritual, athletic, and familial leaders. These types of leaders are supposed to make us feel safe and confident in the world. For example, one woman reports that she never came forward with her story of Bill Cosby raping her because she didn't want to let Black America down. Bill Cosby being a central positive contribution to the institution of Black America, caused a victim to stay silent for years for fear of being ostracized. This fear is why hierarchical institutions are breeding grounds for sexual assault, because we don't want to believe-the senator, the coach, the minister, the principal, the boss, or the entertainer-abused, assaulted, or raped someone. Not because we don't want to believe the victim, but because we want to believe the person we have been admiring and altering our behavior for, organizing our faith around, watching every week on TV, or going to work for each day is capable of the worst acts imaginable. If the alleged victim is making it up, we can go on as usual.

Please keep in mind that the problem is not Football, Hollywood, Church, or other hierarchical institutions. The problem is the cognitive dissonance keep us from acting in the best interest of the less powerful and keeps us acting in the interest of the institution as a whole and in turn, the institution's central players. Sexual assault occurs every day in this country and around the world. We need to empower those who are brave enough to come forward and call out their abuser. We need to eliminate the fear that is experienced when someone is faced with a decision to protect the reputation of someone they know or to seek justice for a crime.

Please, do not get caught up in the media and the hype. The majority of sexual assault is perpetrated by those closest to the victim. The majority of perpetrators hold a powerful position within their community. It is not the town weirdo or stranger lurking in dark alleys that perpetrates sexual violence. The majority of victims take years before they are confident to share their abuse with someone they trust.

A culture that supports the accused instead of the abused, perpetuates the cycle of violence. The purpose of this post is to let you know why we all victim blame. Even after years of education and training in this area, I still do it all the time, and have to consistently be aware of my thoughts when I hear of a sex crime. As social, hierarchically-oriented people, our brains go there first, naturally. Which is exactly why we need to be aware of this and try to recognize when we go there and choose to think differently. We have to be a culture that supports the abused and not the accused.

(1) The Centers for Disease Control and Prevention, 2012.