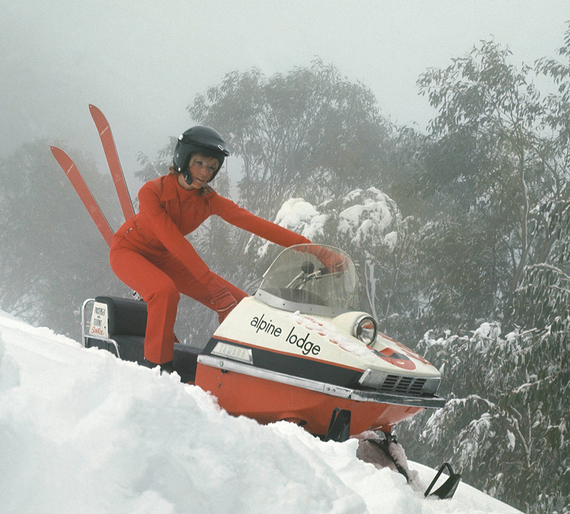 If you've been anywhere near a computer or TV lately, you've probably heard about Winter Storm Jonas. The storm is expected to dump at least a foot of snow in a large area spanning from western Tennessee to New York City, and the D.C. area might get up to 20 inches.

And some people are... really excited about this.

Social media is being flooded with tweets and Facebook posts from people who are psyched about the impending snowstorm, and Jonas Brothers-themed storm memes are already popping up.

But major snowstorms can also come with negative side effects, like property damage and even death. So why do we get so excited about weather like this?

"Snowstorms have that rare mixture of stimulation, fear, and power, yet beauty," explains clinical psychologist John Mayer, Ph.D. "Natural phenomena such as this also have the element of being affected by something out of our control and this stimulates us in a unique way psychologically."

Snowstorms in particular also take us back to our childhood and the carefree feelings that often come with it, says Miami-area licensed clinical psychologist Erika Martinez, Psy.D. "We used to have that excitement of not having to go to school," she says. That gets ingrained in our minds and, as an adult, sparks that same feeling -- especially if we can't make it in to work due to the snow.

Major snowstorms also break up our routines -- you suddenly have to run to the store to stock up on bread, eggs, and (let's be honest) wine -- and may be cozying up at your place for a while. That new behavior, anticipation, and excitement can be really psychologically stimulating for us, Martinez says.

While bad things can happen during major snowstorms, Mayer says most of us tend to gloss over that because we're on such a high from the snowfall. "We are all about instant gratification, the here and now, so we don't immediately think or emote about these aftereffects," he says.

That snow day glow can actually give us a boost for a while, Mayer says: "Even in the midst of shoveling out, those psychological reactions embrace us for a long time."

But with that high can come a low after the snow melts and you have to schlep off to work again. If you find yourself feeling especially bummed post-Jonas, Martinez says it might be a sign that you need to mix things up more often. "As soon as you start looking for new things to do, that hum drum feeling really goes away," she says.

More from Glamour:
10 Things He's Thinking When You're Naked
Lena Dunham Is Giving Amazing Career Advice on LinkedIn
8 Super-Easy Steps for Looking Flawless--Fast!
Expert Tips to Make Your Winter Sweaters and Knits Last
13 Celebrities Who Have Hot Siblings
10 Rules Of Being Friends With Benefits
Would You Go to Mars? Meet the Four Women Astronauts Who Can't Wait to Get There