After seeing the new movie, Love & Mercy, we'll never hear The Beach Boys' "God Only Knows" the same way again. During a scene in which Brian Wilson (portrayed by Paul Dano) brings the beloved 1966 song to life with a swirl of French horn and sleigh bells, the audience gets swept up in the 24 year-old musician's auditory hallucinations as he dictates ascending chromatic scales to session players. This moment in the biopic reinforces Wilson's reputation as one of the great melody makers of the 20th century. It also recalls the Oscar-winning 1984 film, Amadeus, wherein Mozart is depicted as the frenzied savant who recites chord progressions to his mythological nemesis, Antonio Salieri. The similarity isn't a mistake: Brian Wilson is a rock 'n' roll songwriter worthy of composer - and eccentric - status.

Written by Oren Moverman and Michael A. Lerner with input from Wilson, Love & Mercy is an atypical biographical sketch that takes us on a trip inside the genius mind of The Beach Boys' original frontman from the mid-1960s through the late-1980s. The film's storyline favors emotional tug-of-war over compositional details, and director Bill Pohlad keeps all eyes on the canvas with his expressionist portrait of Wilson that goes behind the music into the messy, intimate relationship between art and survival.

The movie flips between Wilson in his forties (played by John Cusack) and in his earlier life as an idealistic singer (Dano) experiencing the ups and downs of success in Los Angeles, California. Each version of Wilson is scarred - either by abuse or addiction or both. The older Brian courts a kindhearted Cadillac saleswoman named Melinda Ledbetter (played with admirable restraint by Elizabeth Banks) under the evil thumb of psychotherapist Eugene Landy (Paul Giamatti at his creepy best); the younger Brian juggles a wife with touring and bandmates (including his two brothers and cousin) but can't escape the hammer of his father's rage and perfectionism. Wilson's wounds generate boundless creativity (his masterpiece 1966 album, Pet Sounds, was spurred on by a disparaging comment made by his father) and social paralysis (he weighed 300 pounds and spent several years dressed in a bathrobe before a 1979 divorce). Marilyn Wilson (Erin Darke), his first wife and mother of his daughters Carnie and Wendy, is depicted as a loving force that inspires The Beach Boys' biggest hit of the 1960s, "Good Vibrations." By the time Wilson meets second wife Ledbetter in the 1980s, his soul is the pulp of pills and therapy gone awry. When Ledbetter is allowed to help Wilson heal, the simple promise of sharing a bowl of matzo ball soup together is enough to make him fall in love with her.

Love & Mercy isn't a play-by-play of Brian Wilson's life; instead, the dramatization attempts to capture the aura of the songwriter's creative impetus. The dual portrayal serves the disjointed halves of the singer's career well. As engrossing as it is to watch the Dano version of Wilson conjure musical fantasies and wrestle with demons, Cusack's performance as the lost musician is vulnerable and core altering. He may not resemble Brian Wilson, but he masters the singer's paranoia, emptiness and yearning with every blank stare, pause and shrug.

The signature sound of The Beach Boys is the true star of Love & Mercy. It's no surprise the film has launched at the same time that concert tickets go on sale for the band members' summer tours. These days, Brian Wilson performs as a solo artist, accompanied by former bandmate Al Jardine; his cousin, Mike Love, the voice that drove the hooks on three of the group's four number-one singles ("I Get Around" in 1964; "Help Me Rhonda" in 1965; "Good Vibrations" in 1966; "Kokomo" in 1988), now heads a touring configuration of The Beach Boys that includes Bruce Johnston. Sadly, Wilson's brother Dennis drowned tragically in 1983; and youngest brother Carl - who sang the delicate lead vocal on "God Only Knows"- died of cancer in 1998.

In the annals of American pop music, there's room for all of The Beach Boys. Yet, this film skews the band's legacy in Brian Wilson's favor. At the end of the day, the same sweet and melancholy melodies he hears in his head are the ones that also linger in ours, willing us to believe in the power of love and mercy and matzo ball soup. 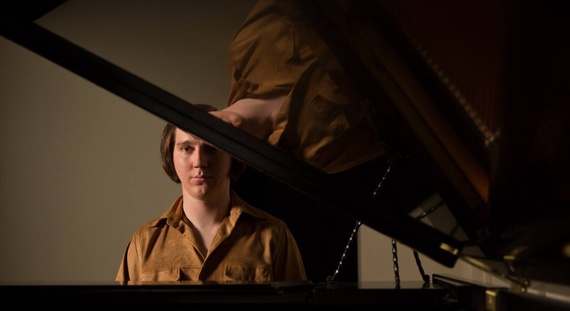