Hear ye, hear ye: God's love is for everyone!

This is the central message of our film Pass the Light. Who could dispute such a thing, right? Plenty of people, it turns out. Oh, sure, they will frame it inside "You don't understand" and "You're taking it the wrong way," but from the powers that be who were first in line to buy our little family film about faith, the message was pretty clear: God's love is for everyone except Trevor.

Pass the Light is about Steve Bellafiore, a high school student who runs for Congress to be a voice in opposition to the hate-mongering candidate Franklin Baumann. Under the veil of "protecting the community," Franklin rallies against the "sexual amoral, the sodommites, the lustful, and the greedy." Steve's opposing message is simple: Why not just show love and offer understanding to everyone and try to tackle this world together? Inside this melee is Trevor, an African-American man who serves his community by running the homeless shelter. Trevor is also gay. And a Christian. 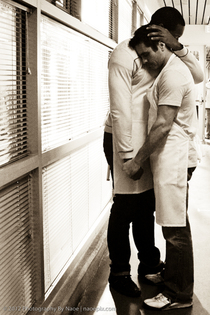 We knew going in that dealing with homosexuality in the faith-and-family genre was risky, but we also knew that it was a conversation that was important -- so important, in fact, that our pope has entered it into the Christian conversation. And as a modern Christian man, I wanted to contribute to the discussion, which is why it was important for me to write a film about being a Christian in our modern, diverse, and beautiful world.

I am very proud of our film. I have seen it screened in front of hundreds of people across the country. Small-town Christians and New York City skeptics alike have all responded positively to our message of love and kindness. So I thought finding a distributor wouldn't be an issue.

When shopping our film around, though, we were asked flat-out to cut the character Trevor and his entire storyline. We received this message from major studio players and sales agents at big agencies all the way down to smaller distribution houses. They all said they "loved the film" but needed Trevor to be cut simply because he was gay, as the "core Christian audience will not accept a gay character."

It wasn't a discussion but an ultimatum.

At its inception, Pass the Light was meant to be an expression of universal love, acceptance, and kindness. Trevor only enhances those qualities. He loves people in spite of being judged by them. He is dedicated to Jesus Christ and service to his community, although he feels he needs to hide his sexuality from other members of his church.

Being a Midwestern, Christian-raised man, I thought we should just look to the Bible to see why including Trevor was so important. I hit 'em with Galatians, with the Golden Rule; they came back with Sodom and Gomorrah, and we were at a standstill.

So then I showed them why it was so personal for me. I am a theater nerd. My formative years were on Broadway. This corn-fed guy made a living in musical theater for 12 years in shows like Urinetown, Les Misérables, and the Lincoln Center revival of South Pacific. And the gay people I know in the Broadway community are some of the kindest, funniest, most compassionate, loyal, wildly creative, and insanely talented people I know. I've watched Nathan Lane bring laughter to thousands. I've watched my friend Billy bring tears of joy to my Italian grandmother through the power of his voice. I don't know how else to put it, but God is working in those moments. He is there.

But the response was the same: "Our core audience just won't accept Trevor." My partners at Vision Vehicle Productions -- Malcolm J. Goodwin, who also directed the film, and Angie Canuel -- and I were dumbfounded. We discussed it for hours. On the one hand, we have a fiduciary responsibility to our investors, and we were looking at big-money deals with household-name players. On the other hand, we were raised to fight for what we believe in. We believed in our film. And we only believed in the film if it included Trevor.

We believe that God's love is for everyone. Everyone. 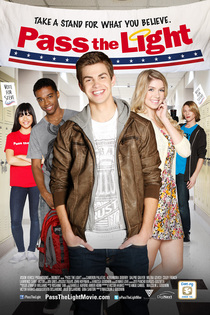 If we were to cut this character just because he was gay, we would be saying, "It is OK that you are erased. We're more comfortable if you don't exist. And you can't be Christian if you are gay."

We told the powers that be that cutting Trevor was not an option and took the risk that Pass the Light would never be seen. We passed on the big money with our investors behind us.