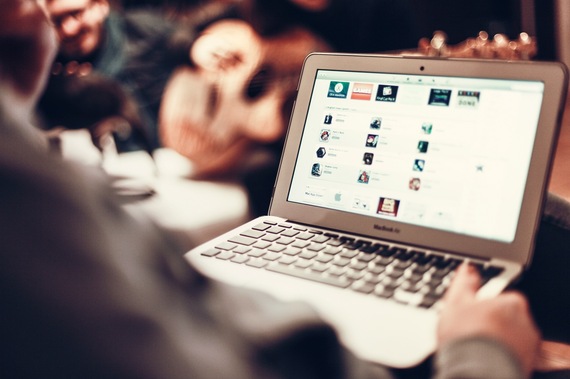 Technology has undoubtedly taken a firm grip on all areas of our lives. In our offices, laptops, iPads, and the like have been integrated into almost every element of our work. Many people now bring these devices to meetings and there is an underlying belief that these "smart" tools are essential for maximizing our productivity and innovation; however, recent research has raised some interesting questions about this practice.

In a series of studies, Pam Mueller and Daniel Oppenheimer examined the impacts of laptop use on future performance and recall. In the first experiment, one group of college students attended lectures in classrooms that were equipped with laptops while the others only had old-fashioned pen and paper. Both groups listened to the exact same lectures and were told to take notes as they normally would.

Following the lecture, all of the students were tested on the material; both for their accuracy of factual information (e.g. "what year did the word selfie get introduced into our everyday language?") as well as for their conceptual learning (e.g. "How does social media impact our quality of interpersonal connection?"). Their results were revealing and fascinating.

First, there were significant differences found in terms of how the two groups actually took notes. Those using laptops captured much more information than those using the traditional methods. Furthermore, technology-based students were far more likely to write their notes verbatim.

When it came to performance, while both groups retained the same amount of factual information, the traditional group significantly outperformed their laptop-using counterparts when it came to their conceptual understanding.

Now, some of you may be legitimating wondering whether this performance benefit would last. In other words, since the laptop-oriented students took more copious and precise notes, if they had the opportunity to study for a test, shouldn't their performance be superior to their technologically disadvantaged counterparts?

In subsequent research, the researchers tested this idea. Rather than being tested immediately following the lecture, students were told at the outset that they would be tested on their knowledge one week later. This gave everyone a longer time to prepare for the exam.

Under these conditions, the traditional pen-and-paper group performed even better! Specifically, those who took long-hand notes performed significantly better in terms of their conceptual understanding as well as in their ability to recall factual information. The performance gap had widened from the initial experiment.

Another fascinating finding was that laptop-oriented students continued to engage in verbatim typing even when they were specifically instructed not to do so. The researchers concluded that typing tends to elicit "mindless processing," which leads to lower quality learning and information retention.

Interestingly, this research falls closely in line with other recent findings in the field of developmental psychology, which suggests that children learn more quickly when they write by hand as opposed to a typing or tracing. They also tend to generate more ideas and retain more information.

These results suggest we may want to rethink how we use technology within our workplaces. If you are a senior executive or organizational leader, you may want to reconsider how you capture information in meetings. If the goal is to capture as much information in as accurate a way as possible, perhaps laptops are the way to go. However, if your goal is to maximize learning and conceptual understanding, it may be extremely beneficial to leave your laptop or iPad in the office and bring some pens and paper.

If you are skeptical about these findings, conduct a pilot test to see how the dynamics of your meeting change when technology is left at the door. It can provide an intriguing opportunity to see how this strategy plays out.

For those of you who are concerned that your meeting partner may joke about your curious use of "old school" technology, it provides a wonderful opportunity to showcase your knowledge by pointing out these research findings. It may even spark change in their routine as well.