Returning schools to later, healthier, safer, evidence-based hours is a reform with the potential to improve the health, safety, and academic achievement of all students. What are we waiting for? 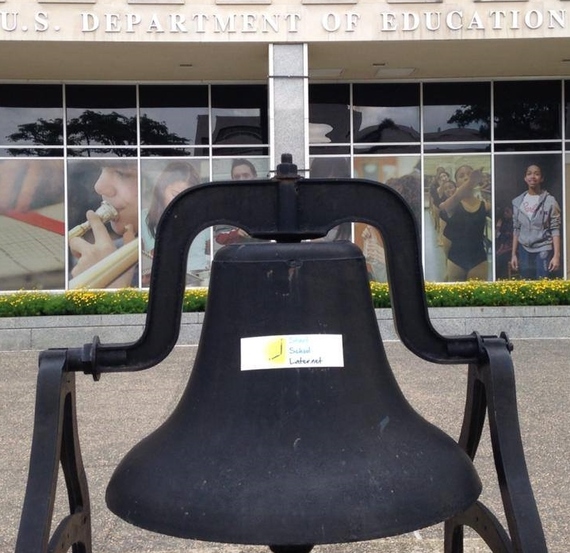 Fixing this "adolescent sleep epidemic" is going to take more than convincing teenagers to go to bed at reasonable times. It's also going to take school hours that give students a chance to get a decent night's sleep.

What Do School Hours Have to Do With Sleep?

Sleep experts have determined a shift in sleep cycles (circadian rhythms) in adolescence that makes it more difficult to fall asleep as early as younger children or older adults. Typical sleep cycles begin around 11 p.m. for teenagers and continue through 8 a.m. An early wake-up call not only restricts sleep to 6 or 7 hours per school night at most but requires students to wake in the middle of deep sleep.

Nearly 10% of U.S. high schools currently start before 7:30 a.m., 40% before 8 a.m., and only about 15% after 8:30 a.m. Over 20% of U.S. middle schools start class at 7:45 a.m. or earlier. Bus pick-ups start around 5:30 a.m. in some districts, so teens must wake at 5 or 6 a.m. to get to school on time. Meanwhile, the school day ends in the early afternoon, sometimes even before 2 p.m. These schedules are out-of-sync with the sleep needs and patterns of middle and high school students, whose brains and bodies are still growing, and create a huge sleep debt every week of the school year.

Early school hours PREVENT many teenagers from getting the 9 or so hours of sleep per night their still growing brains and bodies need. The health, safety, and equity benefits to starting middle and high school at times more in sync with the sleep needs and patterns of students are irrefutable.

How Did We Get in this Ridiculous Position?

A hundred years ago most schools (and places of business) started the day around 9 a.m. In the 1970s and 1980s, however, many schools shifted to earlier hours. Back then the importance of sleep and the nature of the adolescent sleep shift weren't understood, and the cost savings of running the fewest possible buses in three cycles was appealing. Even schools that didn't run buses often found it helpful to move start times earlier so that after-school schedules coordinated with those of nearby schools. As a result, many students today are asked to go to school on a "morning shift" schedule, one that requires that they be in class much earlier than many of their parents and grandparents might have been.

When public school times change, the whole community's rhythms change: "after" school stretches to four hours (and fills up with activities) or kids are unsupervised during the peak period for adolescent crime and risky behavior until the typical adult workday ends. Elementary schools start as late as 9:15 or 9:30, forcing working parents to send their young children to before-school care as well as after-care. Families whose children are in multiple school levels often have start and end times that span two hours in the morning and another two hours in the afternoon. The cost is being borne by students and their families.

Since the 1990s, sleep researchers and other health professionals have been telling us that these early school hours are harming children. It's not just the numbers of hours of sleep, but also the timing of sleep that is required for optimal health. Sleep deprivation's impacts include: weight gain and eating disorders and increased risk of obesity, cardiovascular problems, and diabetes; reduced immunity; depression; anxiety; substance abuse; mood swings; behavior problems; suicidal ideation; and potential impacts on brain development.

Kids are out walking to the bus or driving to school in the dark for most of the school year in many communities. With few adults around, they are at risk. Drowsy driving increases - for our newest drivers. Teens released in the early afternoon (sometimes well before 2 p.m.!) have hours of unsupervised time until the typical adult work day ends. Sleep deprivation increases risk-taking behavior, substance abuse, and impedes judgment and decision-making ability.

Effects on Equity and the Achievement Gap

Private schools rarely start earlier than 8 a.m. - and even those that start this early do so primarily to accommodate community life that centers on early-starting public schools. Parents with means can pull their children out of early-starting schools or drive them to school or provide them with cars to allow extra morning sleep. They can provide late rides to school and absence notes on occasion to overcome the health, safety, and learning impact of chronic sleep deprivation. Families with fixed work schedules or lacking transportation aren't able to help their kids if they miss the bus and thus put their children at risk of tardiness or absence.

As a result, children from disadvantaged backgrounds not only risk higher rates of tardiness and truancy, but also higher rates of dropping out of school - potentially increasing the achievement gap. When school start times are moved later, not only do rates of tardiness, truancy, absenteeism, and dropping-out decline, but improvements in academic achievement are nearly twice as high in students from economically disadvantaged homes.

Kids who are tired can't learn at their best, and sleep deprivation impairs learning, memory, and attention as much as it impairs health and overall well-being. Academic improvements have been shown, and overall school climate has been measurably improved when high schools have restored later start times. Teachers have commented extensively about the improvement in the classroom environment when students are more alert, less moody, and less likely to sleep in class.

Hundreds of schools around the United States have restored later start times, and many more never moved to extremely early hours in the first place. The schools that have found affordable, feasible ways to do so have been both large and small. Some have seen cost-savings by redesigning transportation systems more efficiently and applied those cost-savings to any expense incurred by re-scheduling. These districts can say they looked at the science of what's best for the students and made the change accordingly. They are seeing large and small benefits to physical and mental heath, learning, attendance, graduation rates, car crashes, and overall student well-being.