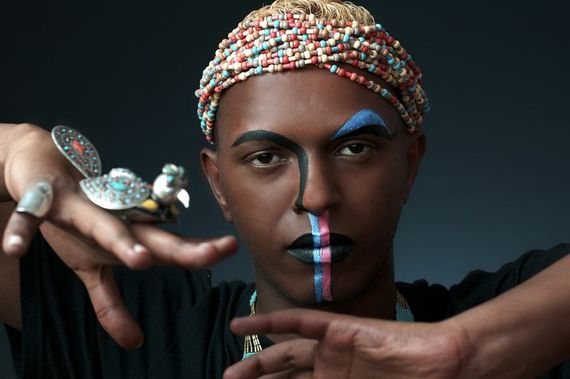 I once attended a book club in which my short story collection, Fairytales for Lost Children, was being discussed. Except for me and the acquaintance who had invited me to this event, all the members of this book club were white readers. Everyone was curious about the idea of a sexually explicit book that tackled issues of family, faith, immigration and love filtered through the very specific lens of the LGBT Somali experience.

The book club members asked me questions about the structure of the book, the use of Arabic calligraphy and illustrations and the fact that I chose to write in a lexicon that was studded with Kiswahili, Kenyan street slang, Jamaican patois, Italian and Somali. They were fine with my use of Italian phrases because they could easily use Google Translate to offer them meaning and context. But what about my pesky use of Jamaican patois, Kiswahili or Somali? They tried to use Google Translate for these "challenging" terminologies but came up short. The sting in the tail came when one reader, a middle-aged, middle-class Englishman asked me, "Who are you writing for?"

I was slightly taken aback by this question and the atmosphere suddenly assumed a hostile edge. I reached for blandishments in order to keep my cool and, ultimately, my dignity.

"I write for anyone who has an interest in the lives of others, which is all readers," I said. The reader was dissatisfied with this response so the moderator kept the conversation moving along until it was time to go home.

As I sat on the bus, however, I gave the question serious consideration. Who do I write for? I thought about this again and again over the next few days until the answer crystalized in my consciousness. I was right the first time. I write for all readers. But my primary interest is in representing the complex but universal experience of Somalis. I do this because the media representation of the global Somali community is one that is carved out of derivative clichés crammed with pirates, warlords, terrorists, passive women and girls whose entire existence seems to be nothing more than a footnote on the primitive dangers of female genital mutilation. I write because I want to give a long-overdue voice to a community that has experienced a tremendous array of challenges but who constantly face these challenges with the most wicked sense of humour, humility and dignity. My father always used to tell me that in our culture, the done thing when you're facing hardship and your belly is empty is to moisturize your face, comb your hair, press your clothes and step out into the sun with your sense of humanity intact. It's a lesson I've carried with me to this day.

My book, "Fairytales for Lost Children", was important for me to write as an openly gay Somali man because I was telling an untold story. I was offering a window into the lives of young people who happen to be African and gay in the midst of considerable hostility, but still managing to hang on to their identity. Who hasn't experienced moments of despair? Who hasn't faced rejection or unrequited love?

Not all my future books will focus strictly on the gay Somali experience. My second short story collection-in-progress, "The Shape of Purity", examines the lives of feisty, rebellious Somali women and girls - straight, lesbian, transgender - as they deal with the challenges of filial love, passion, heartbreak, careers, motherhood and even hardboiled, gangster shenanigans! The first story from this book is a dark, haunting fable called, "The Memory Snatcher", which hinges on the sense of sisterhood between a troubled Somali woman and her young niece. These characters are punk rebels in hijabs and part of telling their stories is because I want to challenge the pervasive image of what the Somali community is all about. In telling these stories, I'm offering up a mirror and saying, "There are other ways of being." That's the beautiful thing about literature. We read in order to catch a glimpse of other lives that will ultimately reflect our own empathetic and imaginative capabilities. As writers, we must keep giving voice to the unexpressed; we must keep telling these untold stories again and again armed with the small knowledge that it is a joy-inducing, transformative privilege to be the teller of these tales. That, in itself, is something worthy of libation.

You can read and share Diriye Osman's latest story "The Memory Snatcher" here and you can order his critically-acclaimed book "Fairytales For Lost Children" here. You can also connect with Diriye via his personal website and Tumblr www.diriyeosman.com