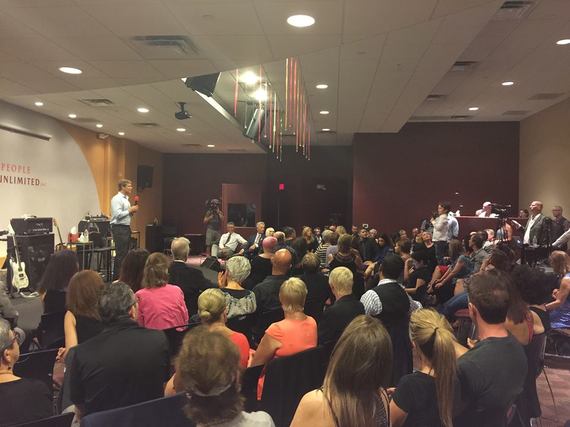 Recently I was asked to be a part of a debate for British think-tank Demos and their quarterly magazine. In the debate, The University of Sheffield Professor Richard Jones and I faced off over the merits and faults of transhumanism. You can read the entire debate here, but I wanted to focus on one part of it, where Jones questions why there's a need for a transhumanism movement at all.

I used to get asked the question Jones raised all the time. Luckily, the amount of people that ask it has declined, partially because transhumanism has grown so much in popularity. Many people nowadays simply accept transhumanism as part of tech and science culture.

That said, I believe it's worth sharing my thoughts on why a "transhumanism movement" is needed. Here was my answer in the debate:

I hear this question a lot: Why do we need a "transhumanism" movement? The answer, while not obvious, is straightforward. We need a movement because most have us have been brought up in cultures that don't uphold reason and science values.

In America, for example, where a majority of the population is religious, most people see no reason to want to try to use science and technology to change the human experience or overcome death. Naturally, this type of thinking carries over into the US Government, where 100% of the US Congress, the Supreme Court, and the President are religious and believe in an afterlife. This environment is not conducive for those of us who want to use science to change the world and hopefully eliminate all human ailments. It's not conducive because our leaders won't spend any money to help science and technology forward.

Government funds some medical and science research, but currently, that funding (in the US) is about 10 times "smaller" than funding for defense, wars, and bomb making. This is a tragedy that we fight wars against human beings--and not against cancer, or heart disease, or Alzheimer's, or even aging. This is a primary reason transhumanists must organize into a movement, so that we can battle the powers that be, and demand much more government funding go directly into science and medical research.

Instead of a military industrial complex, we can create a science industrial complex. If that happens, technological development will dramatically speed up--and so will all the benefits from science for the human race. We are literally in a race to save billions of lives from disease and aging.

Imagine for a moment if the environmental movement never became a formal movement. Or the women's rights movement. Organizing, collaborating, developing strategies, lobbying, and undertaking activism is how people change the world. And they do this better when they have structure and power from greater numbers of people and their groups. That's what transhumanism needs, and that's what transhumanism is essentially becoming - a bona fide global movement where political parties, television shows, nonprofits, new companies, and even wacky cross-country bus tours like my Immortality Bus occur to promote it.

Like all movements, not everything will turn out as planned. Artificial intelligence and robots may take jobs and this may cause social conflict, but transhumanism - like democracy - will find a way and improve the standard of living for everyone. Technology has that history. And it will also find a way around death and disease, especially now that companies like Google's Calico are starting to pour vast amounts of money into field.

Transhumanism is a social movement that is imbued with a techno-optimism that is contagious. The movement is growing like wildfire because people see the promise of being part of something that wants to make humans have better lives. 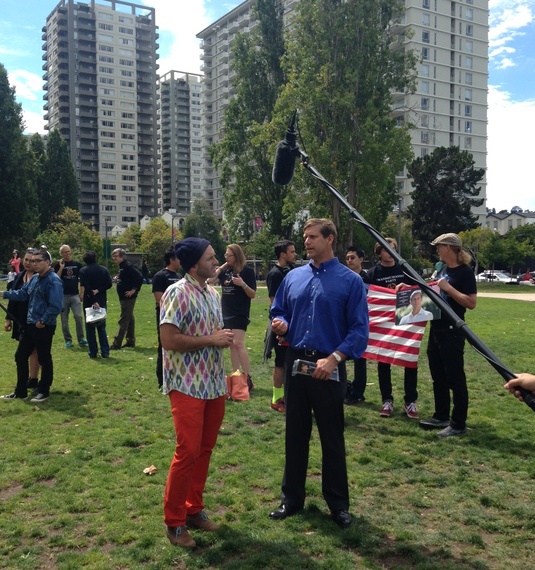 Movements, like transhumanism, are part of our heritage and our social evolution. People come together to make a stand and to make a difference.

About 150,000 people die every day on Planet Earth. We are like a giant organism constantly losing key parts of our bodies--parts that contain wisdom, wealth, functionality, and love. We will look back in 50 years at the phenomena of death and aging--and wonder why as a civilization we didn't do more to stop them.

Physically speaking, the human being is a machine. Like a car, it can be repaired, reshaped, and reborn. But this can only happen through science and technology. Others that claim we shouldn't worry about dying because there will be an afterlife are wishful thinking speculators. The only sure cure for death, aging, and disease can come from modern medicine and science. Everything else is faith and unproven promises.

For most transhumanists, our #1 goal is to achieve indefinite lifespans. It doesn't mean we won't want to die someday, but we want total control over such a challenging aspect of existence.