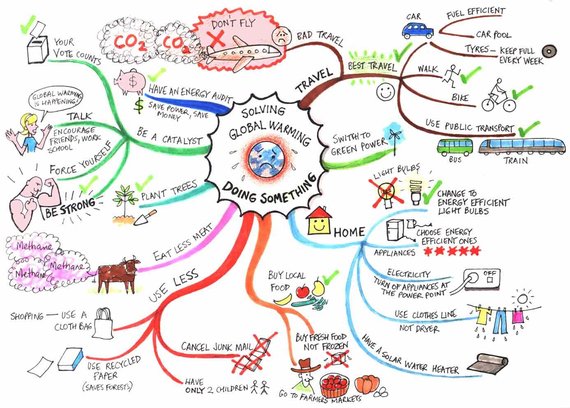 The issues confronting America's energy sector today are arguably more complex and urgent than at any other time in the nation's history. We are the middle of a very disruptive energy revolution. We know what our destination must be. Science has defined it. We have to reduce U.S. greenhouse gas emissions more than 80% compared to 2005. If we tried a little harder, we could probably do even better and achieve a net-zero-carbon energy economy by then.

The question is not where we need to go; it's how we will get there from here. Revolutionary new technologies are coming to market at speeds and prices that have surprised everyone. Our energy infrastructure needs major modernization, but there's no consensus on what kinds of energy it should support. Utility rate structures and business models must change. We have electric vehicles that could serve as rolling energy storage systems if we invested in the systems to support them. We have a carbon budget that requires us to keep most of our ample fossil energy resources in the ground. We have powerful fossil energy industries that don't like the future they see coming.

A roadmap could help us negotiate this confusion. But unlike 40 other countries engaged in similar road trips, we don't have one. We need goals and milestones, ways to measure progress, clear off-ramps for carbon pollution and on-ramps for low-carbon resources. A map would focus research, give guidance to government policies, send signals to investors on where their best bets are, and help make sure that the hundreds of billions of dollars we must spend on energy infrastructure are spent to support a clean energy economy.

When they were in the White House, Ronald Reagan, Bill Clinton and George W. Bush each oversaw the development of a national energy plan. But none of their plans had enough bipartisan buy-in to survive in subsequent Administrations. There were other shortcomings, too, including these described by the Bipartisan Policy Center:

Where previous national energy policies have fallen short is in setting goals that are often inconsistent, unrealistic, politically motivated, and overly focused on short-term crises. Moreover, subsequent implementation efforts often lack active coordination across agencies and branches of government. Neither the policies nor the implementation have established systematic methods for tracking progress and for making course adjustments over the multiple years that policies and programs need to be in place if they are to be effective and achieve their goals.

We would need a radically different spirt of public service and collaboration between the White House and Congress to get a durable roadmap. Maybe the November election will make that possible. But whoever our next leaders are, they would not have to start with a blank sheet of paper. A previous Congress has already defined what the plan should contain.

Each president is required to send Congress a comprehensive "national energy policy plan" every two years. The law is very specific. The plan should establish 5- and 10-year objectives for energy production, use and conservation. It should pay particular attention to the need for full employment, energy price stability, energy security, economic growth, environmental protection and nuclear non-proliferation. It should include recommendations on new legislation and regulations, taxes and tax incentives, federal funding, foreign policy and international trade. It should evaluate energy trends that will influence America's social, environmental and economic needs.

Congress even spelled out the process. The President, or more likely the Secretary of Energy, must "insure that consumers, small businesses, and a wide range of other interests, including those of individual citizens who have no financial interest in the energy industry, are consulted."

There is no doubt that a roadmap to a clean energy economy would be opposed by the workers, families, communities and companies whose economic security relies on coal, oil and gas production. In the interest of their well-being and of economic justice, the plan should create job training programs and opportunities in the clean energy sector and the "restoration economy" - the professions engaged in reviving degraded natural systems that store carbon when they are healthy, while also providing free services that otherwise would be billed to taxpayers. Among them are flood and storm water control, air and water purification, protection from deadly heat waves, better agricultural productivity for farmers, and wildlife habitat that keeps fish and game populations plentiful.

The President's best strategy for getting a bipartisan energy plan might be to convene a high-level independent commission to draft it, with the White House and Congress collaborating on its membership. If the commission needs a starting point, the World Resources Institutee has described it:

The hard truth is that the United States---and the world---must now figure out how to achieve energy security and protect Earth's climate...Shifting the United States to a secure, low-carbon economy will take decades. The costs will be high, but they will be even higher if immediate action is not taken. The United States has ample natural, human, and technological resources, and if policymakers get started promptly and make smart decisions, the benefits of this transformation can be great: economic opportunity, a healthier planet, and a more secure future for the United States.

To repeat, we know what the destination must be and when we must reach it. The challenge is to avoid getting sidetracked, lost, stalled in traffic jams, waylaid by highwaymen, or delayed by dead-ends. I'm not confident we can avoid those traps without a map that keeps us all heading in the right direction.

NOTE TO MILLENNIALS: Roadmaps are paper versions of a GPS. They are still used by people of a certain age.