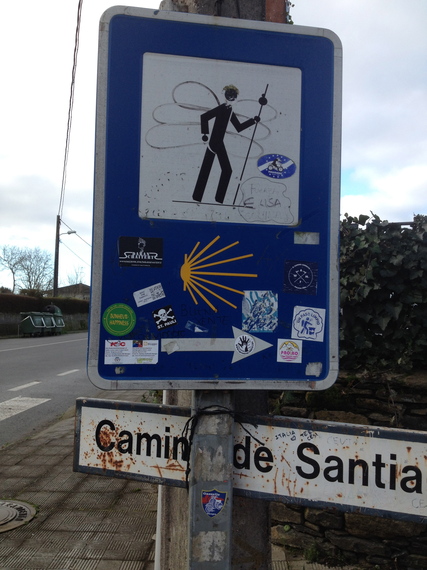 I just finished walking 750 kilometers (470 miles) along the Camino de Santiago. This is an ancient pilgrimage with roots going back over a millennium and was one of the three most important Christian pilgrimages in medieval Europe, alongside those to Jerusalem and Rome. For various political and social reasons, it fell out of favor in the modern age and by the early twentieth century almost no one walked "The Way" (as it is often called). Since the 1980s, however, numbers have gradually increased to the point where there are now over 200,000 people making the pilgrimage every year.

Walking the Camino is an inspiring experience for many, and my recent walk has inspired me to think more about the need for a broader experience of pilgrimage, done in ways that might foster interreligious connections. As it happened, during my first few days walking The Way, Pope Francis issued a video message in support of interfaith dialogue. This comes at a time when numerous groups have been working hard at just such a thing, including Eboo Patel's Interfaith Youth Core, the Interfaith Center of New York, and countless smaller groups. Interfaith is in the air.

Yet, I also think we need to move beyond interfaith "dialogue," which tends to remain verbal and cerebral, and move toward the physical activities of religious practices, including pilgrimage. We don't merely need to talk together, we also need interfaith activities, interfaith eating, interfaith art exhibitions, and interfaith walking. 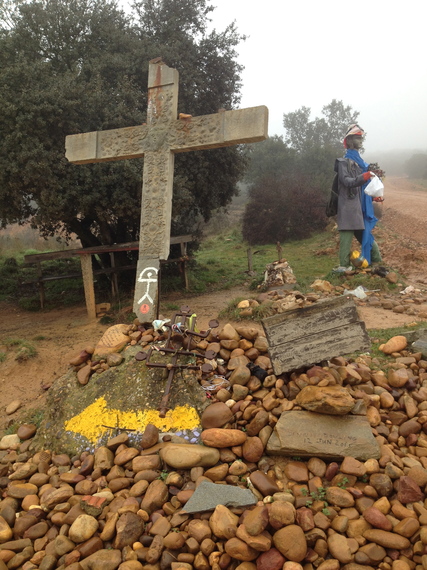 The fact is, most major religious traditions around the world have some form of pilgrimage built into the fabric of the tradition itself. Japanese Buddhists might follow in the way of the Buddhist monk Kūkai and travel around to the 88 shrines on the island of Shikoku. Every three or four years (depending on astronomical alignments) millions of people from Hindu traditions walk to participate in the Kumbh Mela. With the destruction of the Second Temple in Jerusalem, the three pilgrimage festivals of Judaism ceased to be practiced in geographical ways, but more local pilgrimages are made, for example, in Uman, Ukraine, undertaken by Breslov Hasidic Jews. And the Hajj to Mecca continues to be made by millions of Muslims every year.

In spite of the Camino de Santiago being a Christian pilgrimage, and much of it continuing to be overseen by the Roman Catholic Church, thousands of people do it for more general "spiritual" reasons, and others for reasons of tourism and/or health. One could argue that the Camino already is an interfaith pilgrimage because there are so many people from so many walks of life who do it. On my own journey, I met Korean Buddhists, Mexican and Italian Catholics, Scandinavian and Korean Protestants, and a lot of the unaffiliated varieties (agnostic, atheist, lapsed, and nothing-in-particular) from all over the world. 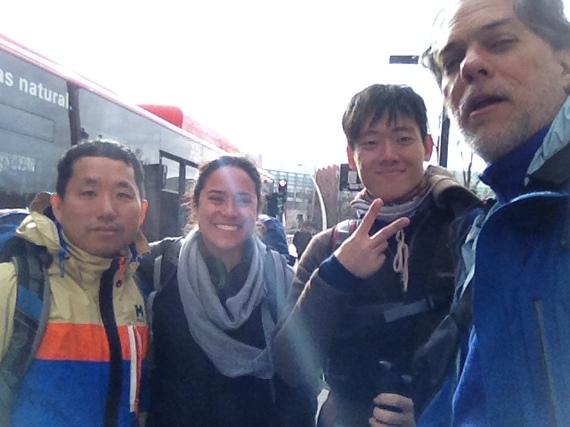 Even so, we need to be honest and realize that many of the monuments along the Camino, including images of Santiago (St James) himself, are often promoted as symbols of victory over the Moors, the Berber and Arabic Muslims who ruled much of the Iberian Peninsula for centuries. Saint James was the apostle of Jesus, and historically was key in bringing Christianity to Iberia. Yet, he also was co-opted by groups struggling for power in Iberia and he became "Santiago Matamoros," St. James the Moor Slayer. The Camino is littered with statues and paintings memorializing the Christian usurping of Muslim controlled lands, often with a sword-wielding Santiago on horseback, trampling Moors under hoof. Indeed, historically speaking, the Camino was a vital way by which small Christian groups in the north of Spain rallied political, religious, and military support from other Christian lands of western Europe and began what they ideologically termed the "reconquest."

In the midst of recent critical controversies about renaming streets and university buildings, tearing down old statues and monuments because of racist, fascist, or controversial histories, we might rethink the Camino de Santiago along similar lines. If the Camino were to be a place for strong interreligious activity, some of the monuments might have to be located within a different understanding of history. I'm not one to advocate for iconoclasm or censorship, and I do believe there are various ways to contextualize the statues, paintings, and narratives within a more educated interreligious history. This too could be part of the interfaith practice, and part of the dialog.

Such retellings of the dominant history stories would not be impossible to achieve since the history of Spain and the Iberian Peninsula includes the realities of Muslims, Christians, and Jews living together. The Muslim city of Córdoba in Andalusia was a major center of world knowledge. The late Yale historian María Rosa Menocal delivered an excellent background for this in her 2002 book "The Ornament of the World: How Muslims, Jews, and Christians Created a Culture of Tolerance in Medieval Spain." All this is one of the reasons Imam Feisal Abdul Rauf chose to call his bridge-building, multi-faith project, the "Cordoba Initiative."

There have been attempts at interreligious pilgrimage, including one along part of the Camino de Santiago, another that was inspired by a trek on the Camino, and a lot of events and tours that use the term "pilgrimage," but are quite different in kind. I'm encouraged by these efforts, though more can be done.

There is certainly nothing wrong with what gets called "interfaith dialogue." But I suggest that we might find quite different results when we walk together, feeling pains in the ankles and knees, limping from blisters, and becoming overwhelmed from time to time by heat, thirst, and hunger. Then, to help each other along the way, to offer a spare bandage, knee brace, sip of water, or an orange. And at the end of the day to sit together and share stories of the road. Talking becomes secondary to physical experience. These are the kind of body-mind connections that have been generated on the Camino and that keeps hundreds of thousands of people coming every year. The amazing thing about a pilgrimage is that very little top-down structure is needed. Togetherness and community happen organically, implicitly, on the way.

I have been inspired by groups in the United States working toward interfaith dialogue, and have participated in much of this myself. And I'm also inspired by the kind of solidarity and social equivalence that emerges through the physical, bodily struggles of a pilgrimage, when we are collectively brought to the basic human necessities of food, shelter, warmth, and walking. 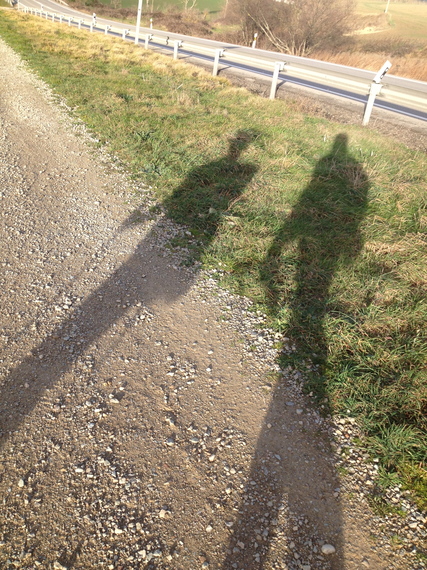