Diversity. Inclusion. Universal totalitarianism. Whatever label you choose, it's hard to disagree that adding more diversity to our current media landscape can be a bad thing. Shows like Empire, Scandal, and Orange is the New Black prove audiences of all races, ethnicities, genders and sexual orientations want to see more diversity on television. While we all know it's important for media to truly reflect the global society in which we live, and it's absolutely wonderful for children in minority groups to see empowered characters who represent their culture, what we may not recognize is that diversity on the screen can also give way to greater understanding between all cultural groups. Most white people will learn more from Cookie Lyon than any of the Real Housewives.

Diverse characters, people so unlike ourselves that we couldn't comprehend a day in their life, encourage us to see the world from a different vantage point. They give us a reason to walk outside that little box where we so often live in our heads so that we can finally connect with one another. A true connection is an amazing feeling -- and yet so rare.

I felt a connection like this recently at the NBCUniversal Short Film Festival, which both celebrates and develops filmmakers with diverse voices. After attending the West Coast Festival Finale*, I realized just how much stories of diversity actually lead to greater inclusivity.

Surprisingly, the character I connected with most was someone completely unlike myself: a Ghanaian-Japanese 9-year-old boy in a film called Born With It (which won the festival's Best Film Award). The boy, named Keisuke, becomes an instant outcast among his new classmates on his first day of school in rural Japan. As the only child of mixed race in his class, he's told by the other children that he must have AIDS -- simply because he's part black. Ultimately, after trying desperately to prove to the other children (and himself) that there is nothing wrong with him, Keisuke learns to accept his differences.

Now, have I ever been called out based on the color of my skin? No. Has anyone ever accused me of having a disease because I looked different? Not to my knowledge. But, have I ever felt like an outcast? Absolutely. The struggle for belonging is something we can all identify with, no matter where we come from or the color of our skin. Still, it took the story of this sweet little 9-year-old half-Japanese boy from the other side of the world to remind me that I'm not the only person who has ever felt alone.

Stories like these, tales of diverse characters in adverse situations, give all of us a chance to experience perspectives from across the globe that we may not have otherwise. They give us a chance to see how different -- and how similar -- other cultures are to our own. The Writer/Director of Born With It, Emmanuel Osei-Kuffour Jr., says the main goal of his film was not at all to celebrate diversity, but to simply help anyone who has ever felt like an outcast.

"People look for themselves in the characters they see on-screen," said Osei-Kuffour. "Even if you don't intend to make an inspiring movie, or a therapeutic movie, you have the opportunity to inspire confidence in people who don't have it." 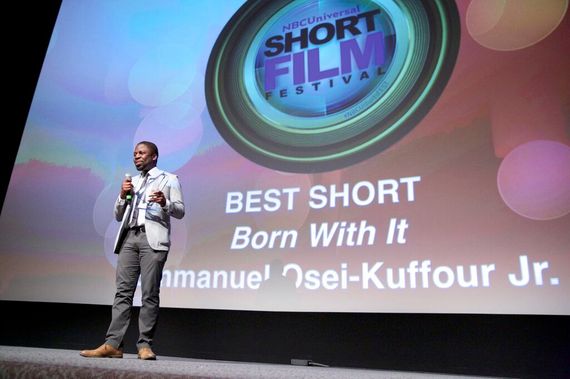 This is where diversity in media becomes about more than just diverse casting. These stories transcend race, gender, and culture; they're simply about moving people to see the world through a new perspective. Great storytelling allows us to feel a true connection with a character -- no matter if they are white, Latino, or a Ghanaian-Japanese 9-year-old -- and that's what makes a good movie, TV show, or book so powerful.

Judi Shekoni, one of the stars of Heroes Reborn, and presenter of the festival's Best Director Award, pointed out the best part of showcasing diversity is that it gives us a reason to ultimately talk about it less. "My character in Heroes is in a mixed relationship," explained Shekoni. "She's married to a white guy and it's never touched upon once in the entire series because we're just two human beings, dealing with issues of humanity, versus spending all of our time reflecting on our diversity." 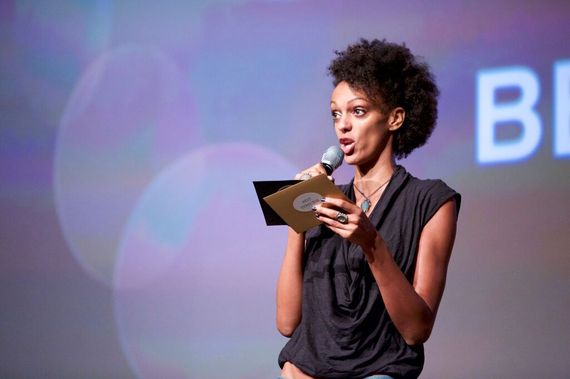 Shekoni, who is African, Spanish and British, hopes someday the rest of us will follow her Heroes character's lead. "Eventually, I think we will transcend color separation, and we won't really notice it, and it won't be a big deal because everybody is equal."

So while diversity in media may mean greater variety, it also means greater unification. It can reveal just how many of us are struggling for the same things: survival, understanding, belonging. We all just want to feel part of something bigger than ourselves.

Give me a Cookie Lyon over a Real Housewife any day -- it's comforting to watch someone so completely different than yourself, tackle the exact same issues you're struggling with in your own life. And that's how diversity in media benefits each and every one of us.

*Editor's note: the author's husband is the Senior Producer of the NBCUniversal Short Film Festival