I looked at someone today and thought to myself: This woman isn't trying to launch her own business in two countries she doesn't have permanent residency visas in, make her own movies, raise children from a township, run two charities with too little money and survive as a freelance writer at the same time. Holy Moses -- the woman has a life.

For the past two years I achieved more goals than I've ever done. I also faced many more struggles. I faced things most people never have to face, because I was aiming at doing things most people don't. Whilst other people were out partying, I was trying to prevent someone from killing themselves on drugs, or getting a kid to overcome the difficulties they were facing after being subjected to mental and physical abuse. Whilst some people with my talents were making the big bucks in advertising and film, I was fighting to launch my own business. Whilst some people were having a nice night in, I was standing in a shack with 20-odd youth teaching them drama. When some people were sleeping in, I was up performing musical numbers to 7-year-olds to prevent them from having tantrums about going to school (thank God for drama school). Whilst some people were busy getting married, I was chasing my dream between two countries.

All of that would have been fabulous, had it not been for the fact that I seemed to be facing obstacles in every direction.

During this time I almost broke into pieces a few times. Not least during a bout of fleas in my place where I didn't sleep for two months, or when I was living off a dollar a day. Raising kids with behavioral difficulties that had non-stop tantrums for two months also had a minor (read: major) effect on me. I got RSI in my hands and couldn't type for three months. A kid I mentor almost died from TB when a client of mine simultaneously left without paying me. I had been misinformed by government and there were laws preventing me (a foreigner on a visa) from adopting the kids I was already raising. A murderer with a gun showed up in our midsts. A friend in the township who was the breadwinner of his family was diagnosed with terminal cancer and we had no money to help him. And that's only part of it.

At some point someone asked me what it was like living my dreams? I told him it was a lot about sacrifice. Where I was at the time there was no heating, no working water and no working stove. I bet some people would prioritize convenience when I was standing atop the Hollywood Hills, pouring water over myself from a bucket to have a shower. I wanted the Hollywood Hills and my business to be launched in L.A., so I prioritized that. And I got the seed investment. I got the business. But that was thousands of hours of both hard and inspired work. And I still don't know if the business will fly.

I'm not saying I always went about making my dreams come true in the most rational of ways. I also didn't know everything up front -- I had to learn. And I had scars I brought with me that got scratched pretty badly a few times -- to be happy we don't only need to achieve our dreams, but also heal our wounds. 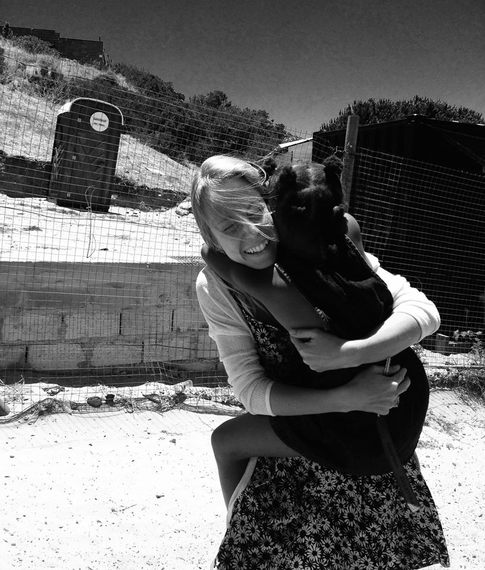 Outside Little Angels with one of the kids I mentor.

We all have different dreams, and the dreams won't leave us. We have to go after them, or we won't be happy. We should get smart about going after them. Yet no matter how smart we are, life will throw us screwballs. We will lose people we love, face the devil on our driveway and end up in situations we could never have dreamed of, not even in our nightmares.

What helps us through is bringing ourselves back to love, to constantly refocus on that which we have that we are grateful for. Whether you go meditate, cook, walk down a cobblestone street in Paris, or visit a friend to bring you back to love doesn't matter so much as bringing yourself back to love. Otherwise you'll end up broken by circumstance, or bitter. I know, because I didn't always take time out for those things. I was too busy fighting for my dreams, but you have to live in the moment too. You simply have to take time to live right now, no matter where you're going.

Life isn't always easy. We have to accept that and learn to appreciate the good. It takes practice to do that, but it is possible.

Another thing that's helped me is having people I look to for inspiration. Angelina Jolie started inspiring me the day she adopted a baby, because that was my dream too. Now she works with charity, makes movies and has a wonderful husband to boot. Just knowing that's possible inspires me. Which is also why I give her credit for speaking up about her challenges with cancer; it will inspire those who need it. 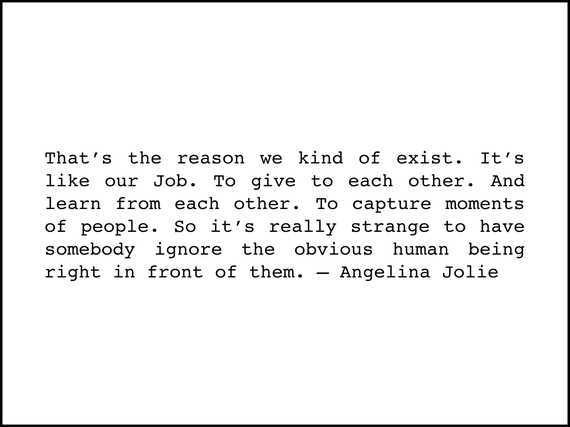 Seeing Leonardo DiCaprio movies inspires me, simply because when he works with Scorsese I am pretty much guaranteed however many hours of pure brilliance. As a filmmaker I often waltz out of the cinema happy as a kid in a candy store and I will remain happy for a week because someone cared enough about a movie to stitch it together in such a way that it actually sticks together -- there are no lose ends. There are only too many movies I sit re-directing in my head when watching them. 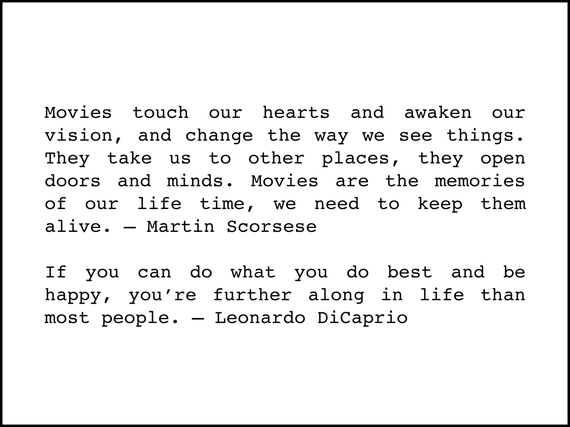 I decided I love Isabel Allende the day she was talking about Antonio Banderas swimming naked in rice pudding in a church in Vancouver when I was 17. She knew, she said, that her depression over losing her daughter had come to an end at that point. Her ideas of indulging in life, food, magical realism and sex stuck with me. So much so that it's what my business, Magique, is all about. Of course I had other influences too, but I like the words Allende weave together in her magical tales. 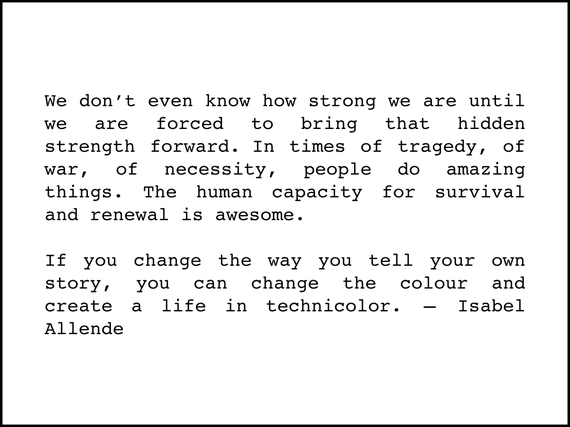 Richard Branson -- what entrepreneur has not been inspired by him? When I read "Screw It Let's Do It -- Lessons in Life and Business," I felt like I'd come home. 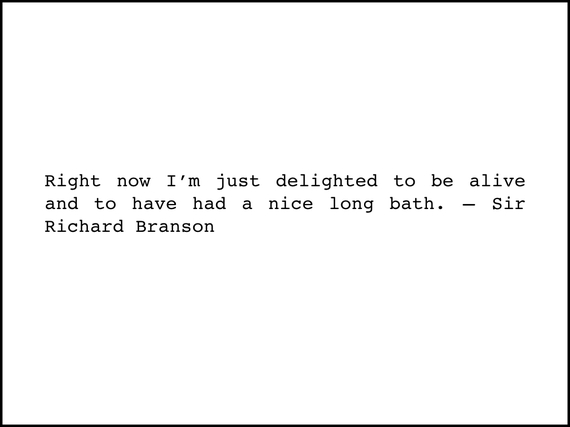 These people are not flawless. I don't worship them; I don't even know them. But they inspire me, because they've done some of the things I wish to do. They're my heroes. I'm different from them; I don't want to do things the way they do, but they give me hope. In the bad times sometimes all we have is hope and those who bring it are a godsend.

Recently my friend with terminal cancer told me I'm his hero, yet most of the time I feel like the world's biggest loser for all the struggles I've faced. Still, I know it isn't just about the goals, but the reason for our journey. I also know that life is ours to experience -- it's our gift. We don't have to do or be anything. And if I've managed to inspire others to deal with this thing we call life, which I seem to have, then that, in and of itself, is a gift. And for that I'm thankful.

This post was originally published on my blog, Confessions of a Dizzy Blonde.