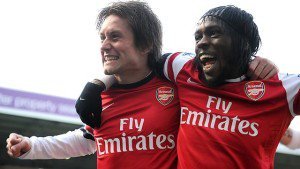 David Packman discusses the role of sport and why it is such an essential part of being human.
___

Whether playing or spectating, we love our sport. From the cradle to the grave, the element of play holds a unique and vitally important place in our human experience. In essence, it's fundamental to our very nature.

Of course, what makes us human is that we are Homo sapiens - capable of reason - but we are also Homo ludens, the player.

Other species will play, but not to the extent we do, in terms of the complex and intricate structures we create around it. Play, it has been suggested by historians and cultural theorists such as Johan Huizinga - who coined the term Homo ludens - is a primary and necessary condition of culture and society.

Furthermore, if we harken back to Freud's theory that the duality of human nature emerged from two basic instincts - eros and thanatos - it's possible to apply this innate life balance to sport.

Sport is simply fun to play or watch. It's highly pleasurable.

This, in effect, is eros.

We live in a universe we can't control. Life is often difficult and of course one day, for each and every one of us, it must end. Sport gives us the ultimate escape from the unavoidable significance of the human condition in that, just for a fleeting moment, it suspends reality and gives us the feeling that everything is under our control.

My personal example stems from my passion for tennis.

I know that it only takes one shot to put me in the moment; that perfect backhand that comes off my racquet ever so sweetly, passing the player at the net and landing exactly where I had anticipated. It's as though I have made time stand still. Like I have made the laws of physics obey my very command.

It brings me back to the court the next day. It's intoxicating; whether it's me hitting the ball or I am in the stands watching the world's best achieve that illusion - such as watching Federer take out Djokovic in the semifinal of the 2009 U.S. Open in almost otherworldly style.

It's interesting to note that what creates this effect for one person may not for another - this is where the notion of society is introduced. For example, as an Australian, I derive immense joy from following my Australian Rules football team.

I understand the strategies, the nuances, and I appreciate the skill it takes to excel at the sport as I have grown up with it. To an outsider, they may not feel this way at all as the rules or another aspect of the sport may appear confusing.

It appears our ability to experience eros when it comes to sport is in many ways related to our cultural history and geography.

That brings us to the concept of thanatos, that unexplainable drive to self-oblivion within us all. Ever stood on the edge of a cliff and felt the thrill of dread that you might fall? That somehow you might even do it on purpose?

It seems a crazy notion but it's required to bring a balance to life - as well as play. This is the part of our nature that leads us to anger and destruction. Be it a moment of madness when a player loses his cool on the field or a spectator sounding off in the stands. We've all been there.

In the late 1950's, Roger Caillois, a French writer and philosopher, penned a work called Man, Play and Games in which he critically expanded on the work of Huizinger. He placed the various forms of play on a continuum from paidia - unstructured and spontaneous activities (playfulness) to ludus - structured activities with rules (sports). Caillois argued that in human affairs the tendency is always to turn paidia into ludus, the result of which he felt partly accounted for the instability of cultures.

He also suggested that we could understand the complexity of play by referring to four different forms:.

Agon is the most common form, referring to the competitive nature of sport. These games use skills such as speed, strength, memory and strategy and cover almost all of the largely followed and participated in sports we know today, such as football (any code you care to mention), basketball, baseball and tennis, but also more cerebral sports like chess.

Alea is Latin for luck and essentially requires little or no skill and sheer chance. This form includes games such as roulette or dice.

Ilinx is Greek for vertigo. Extreme sports such as skydiving, rock climbing, surfing and skateboarding would be filed here, as well as riding a rollercoaster or children spinning until they fall over. Essentially, anything which alters perception and provides an almost dizzying effect.

Lastly, mimicry involves the make-believe, the imaginary or the pretend. Often seen in children's games like dress-up, it also includes carnivals and theatre.

Of course, many sports involve dimensions of a number of these forms. Consider golf, for example, which is a mix of agon and alea. The game of golf is one of extreme skill and - due to the variables of nature - luck. In fact, a player does not even aim specifically for a hole-in-one, for example. The goal is to land the ball close to the pin, hopefully downward of the hole in order to make for an easier putt. Hitting it directly into the hole is viewed as lucky - you could even go so far as to say it is a slight error in judgement.

In the end, no matter how you dissect it, one could argue that sport is not simply the "opiate of the masses" that many might lead us to believe. There's something far more interesting "at play" here - as it were - and what's very clear is that the nature of play is inherent to our humanness.

Sport is a fundamental part of each and every one of us. We are Homo ludens, and it's playtime.