I remember the very first, rather generic conversation I had with my daughter when she was in elementary school about how her life compared with the lives of other children on this planet. I drew a triangle for her and said, "The tippy-top point is where the richest and most fortunate people in the world are. There are very few of them. At the bottom of the pyramid is where the poorest people who struggle the most are, and there are a lot of them. Where do you think you are?" She pointed to the middle of the triangle. Ack! Where had I gone wrong? 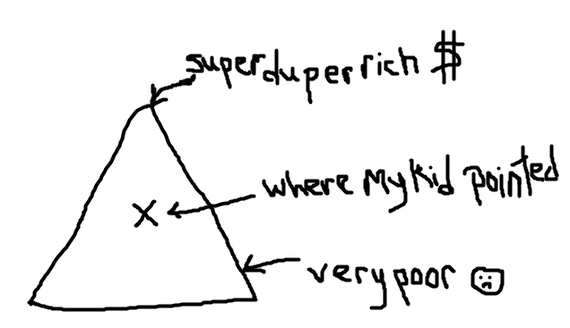 Part of me was surprised, but part of me really wasn't. After all, in her immediate world of her town, neighborhood, and school, she was in the middle socioeconomically. I learned something that day. I had not thought much about it before that impromptu drawing lesson, but I thought about it a lot afterward. I realized I wanted to raise a child who understood very clearly how fortunate she was and who did not take her advantages for granted.

More importantly, I wanted her to feel that the rental fee for her place at the top of the global wealth pyramid was some sort of activism, philanthropy, or simple exercising of informed citizenship. We talked about that a lot over the years, and I think it made a difference. I did not want her to grow up bubble-wrapped and self-absorbed. Let's be honest -- that's how it is by and large for many American children from reasonably well-to-do homes.

I was very lucky to be able to give my daughter the best possible education, to raise her in a safe neighborhood with lots of nature all around her, and to set her up for a happy and successful future. I wouldn't trade it. Do I have survivor's guilt? Absolutely. After all, how could I help noticing that around this country and around the world, millions of children live in poverty, do not attend school, and often do not even survive their own childhoods, especially girls?

The vast majority of charitable contributions given by the wealthy are tax write-offs given to institutions that serve their own kind, such as theaters, museums, opera houses, libraries, prep schools, universities, and other bastions of privilege -- not to the truly needy. I am outraged by that fact, and want to stick my fingers in my ears and shout la la la! every time some politician suggests we do not need government to provide a social safety net because churches and other philanthropic organizations in poor communities can do that on their own. With what? Toss me a high-grade nylon climbing rope and some crampons--I've slipped over the summit of Mount Hypocrisy and landed in the Crevasse of Bogus Dogma. 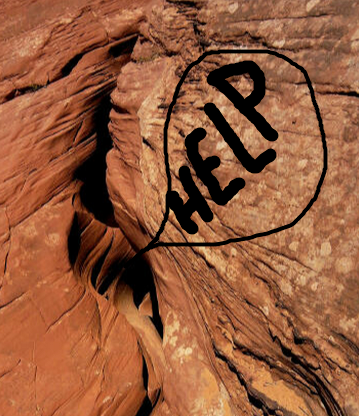 The older I get, the less patience I have for American navel-gazing. Impoverished parents working two or three jobs to keep the lights on are not usually blogging about how hard their circumstances are, but reasonably well-to-do parents who have the time to write about their parenting woes can do so. There are people who write about significant issues that educate us all, and then there are those who #humblebrag about how having an extremely gifted child is the worst problem in the world. The blogosphere has a large and broad spectrum of content. I do wonder, though, whose voices are we not hearing?

Every time I read a whiny article about how difficult parenting is because kids fight or don't sleep enough, I simultaneously think to myself, "Oh yes, parenting is really tough, I remember those days" and "You think parenting is hard? I'll show you hard. Check out this picture of a woman in Africa carrying a bucket of water on her head the size of a pedicure spa in 110-degree heat with a baby strapped to her back. Now that's hard!" 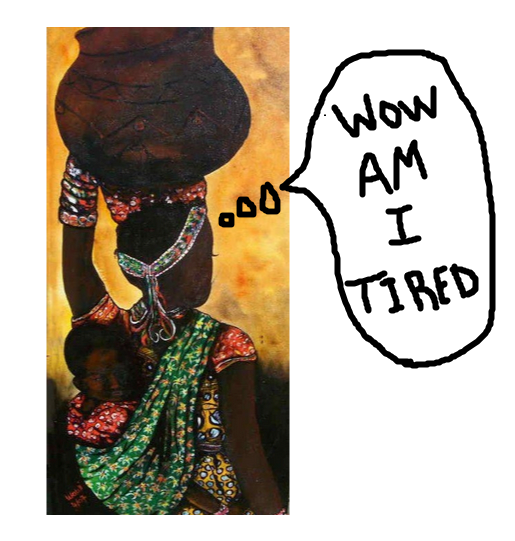 But I don't. Online community is an important village for parents who are often geographically separated from their families or for other reasons feel isolated or need more support than what they can garner offline. It's just that...sigh.

I know, I know. Someone's greater difficulties elsewhere don't negate our own relative difficulties here. It's called the fallacy of relative privation. And a lot of parents work really hard to teach their children to be charitable to those in need, or to fight for social justice. They take them to soup kitchens or encourage them to have lemonade stands and donate the money to hurricane victims. Occasionally someone blogs about a truly outstanding, media-grabbing act of altruism by a child who wants to change the world and probably some day will.

I've done a lot of parenting writing, and lest someone call me out on my attention to first-world problems, I'll out myself first. Ha! Beat you to it! I hope that I've helped some parents, yet I know that the ones most in need of help are not reading this or anything else I've ever written. So, to those parents I do reach, please talk to your kids about class and privilege. I'll be writing more about that in the future, because the way I see things going in the world, we need to raise this generation of kids with as much empathy and compassion as possible.