In order to be considered a feminist, you only need to be on board with one idea: All humans, male and female, should have equal political, economic and social rights.

Although more and more people are beginning to understand the true definition of feminism and openly identifying with it, there has always been a negative stigma attached to it. Part of this problem is the way our media sensationalizes things, trying to pass the most radical and extreme versions as the standard which, in this case, depicts a feminist as a man-hater who hates lipstick, crinkles her nose at stay-at-home moms, and unapologetically supports abortions on demand. 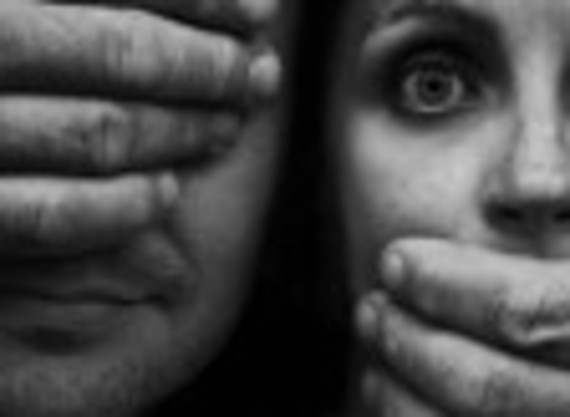 It's these false assumptions that cause anti-feminist campaigns, such as the recent "Women Against Feminism," which consists of people posting photos of themselves with statements such as: "I don't need feminism because I don't choose to ignore the fact that men have issues too" and "I don't need feminism because I already have equal rights." Reading through the majority of these posts quickly brings forth a glaringly obvious problem: how misguided too many people still are about what being a feminist actually means.

As Lena Dunham pointed out, "Feminism isn't a dirty word. It's not like we're a deranged group who think women should take over the planet, raise our young on our own and eliminate men from the picture."

Being a feminist has nothing to do with how you look, what you wear, who you date, or how often you have sex. Being a feminist doesn't mean you think women deserve special rights; it means you know we deserve equal ones.

While a primary purpose of feminism is to empower women, it does not mean feminists view all women as weak and oppressed. Feminists are not aiming to make women stronger; they already know they're strong. They just want society to see that too.

Empowering women does not mean belittling or punishing men. Men, too, suffer from gender role assumptions that place expectations upon them to live and act a certain way. Feminists believe each person should be viewed based on their individual strengths and capabilities as a human being, not the strengths and capabilities assumed of their gender. They believe every person should be treated equally -- not because of gender, but in spite of it.

Why We Still Need Feminism

There are some people who believe that feminism is a thing of the past -- that we don't need it anymore because the patriarchal system no longer exists. After all, we can vote, right? That's true. In fact, in all demographics, females vote more than men do. Yet, women still hold less than 20 percent of seats in Congress, even though they make up more than half the population. Some believe the patriarchal system doesn't exist because we have equal employment opportunities. But if this were really the case would there still be a 23 percent pay gap?

It is great so many women today feel like they have equal opportunities as men. If it wasn't for past feminist movements, who knows where we would be today. But we still need feminism, and will continue to need it, until every other woman in the world feels this way as well.

We still need feminism because when people get married it is assumed the woman will take the man's last name. Because when women are assaulted, they are often the ones who feel ashamed.

We still need feminism because we teach women how to prevent rape, instead of teaching people to not view women as objects. Because women are told that walking alone at night makes them "an easy target." Because, sometimes, a movie's rating (PG-13 versus R) depends on how much a female appears to be enjoying sex in a certain scene.

We still need feminism because our bodies are still being legislated, because McDonald's still asks us if we want a girl or boy toy, because we use terms like "bitch" and pussy" to imply weakness.

We need feminism because FGM (Female Genital Mutilation), the act of cutting off and restitching female genitals to prevent pleasurable sex -- and can happen to girls as young as 5 months old -- is still practiced in 29 countries. Because more than 120 countries don't have laws against marital rape, and still allow child brides -- some as young as 6 years old.

We need feminism because infanticides, the act of killing children within a year of birth, can be attributed to millions of fewer females than males in Middle Eastern countries, and because in Afghanistan women going to college can be considered justifiable grounds for disfiguring.

Being a feminist does not mean you think women can't speak for themselves, it means you realize that, even though some may be lucky enough to, there's still many who can't.

It is not a gender issue -- it is a humanity issue.

It isn't about telling women what to do, it is giving them the ability and freedom to be able to choose to do whatever they want to do -- whether that be a stay at home mom, electrical engineer, or business CEO. The purpose is to create a society of equal say, to provide people with the freedom of choice, rather than limited choices of assumption.

Feminists don't believe women should look or behave a certain way, it means they want women have to have the freedom to look and behave however they want -- unapologetically. It is not about telling women what they need.

While reading through Women Against Feminism posts that say things such as, "I don't need it because I already feel equal" and "I don't want feminism because I don't need special treatment, and don't support sleeping around," I can't help but think it isn't about our personal wants and needs, though they are all relevant, but rather what we -- as a society -- needs.

As Joseph Gordon-Levitt so eloquently worded it, "I'm a believer that if everyone has a fair chance to be what they want to be and do what they want to do, it's better for everyone. It benefits society as a whole."

The idea that there are still people, let alone women, proudly declaring they don't need feminism is alarming and frightening -- at best.

We need feminism because people are still blindly agreeing that women don't need to be paid for the same work as men, that they are okay with the indifference and injustices so ingrained in society that they have accepted it as a way of life. That they are not only looking the other way to these issues, but they are also entirely and genuinely convinced they are doing the world a favor by hushing feminist attempts.

Some people don't feel the need to voice their thoughts on the matter at all, and that's okay. But there is a big difference between being indifferent and being ignorant. And that difference is speaking out about an issue when your opinion is based on misguided information and false assumptions.

Why do we need feminism? For the same reason screenwriter John Whedon gave when asked why he writes such strong female characters, "Because you're still asking me that question."