Just last week, the political establishment was a flurry with news over which 2016 presidential candidate raked in the most money. Ever since the Citizens United ruling was decided by Chief Justice John Roberts' Supreme Court, we've seen an exorbitant amount of money flood into our political process. 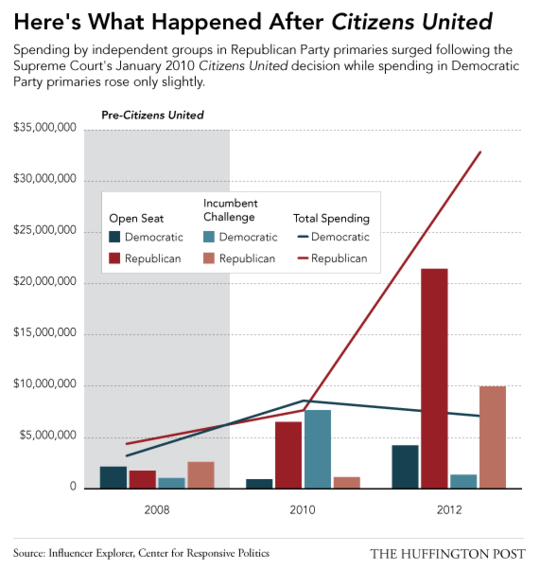 While it may seem like this is business as usual in the political process, it's not, and we shouldn't continue to play the fundraising game with our candidates. The people will never be able to outspend corporate billionaires lining the pockets of their favorite politicians.

When the Supreme Court decided the Citizens United case, we saw a massive increase in political contributions and by a large part, the political establishment succumbed to the decision and decided it was easier to play the money game than it was to try and change the process.

Simply put, our politicians--those we expect to work for us, took the easy way out. [Please join me in a unanimous eye-roll]. And as with all things of the Beltway, the establishment media played along, courting and counting the money along the way.

In an article published earlier this year in The Hill, fundraisers were estimating that the 2016 Presidential election could easily cost 5 BILLION dollars. Billion with a B, capitalize it, bold it, do whatever it takes to really let that sink in. Just last week, U.S. News and World Report noted that the campaign has already racked in 377 Million dollars with both Jeb Bush and Hillary Clinton leading the pack. 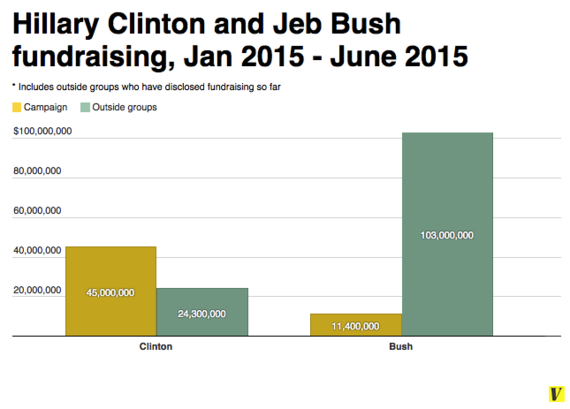 You'd have to be sleeping under a rock to not see how this money influences a politician's political will. It's human nature to look favorably on people who have supported us in the past, whether that's through a friendship, a favor, or a fat juicy check.

But, we don't have to accept this political puppetry as status quo. There's already a growing movement dedicated to overturning Citizens United. Groups like Represent.Us, MoveToAmend, WolfPac, Public Citizen, and others have banded together. There's even groups of filmmakers committed to alerting millions of people across the country to how corporate greed has impacted every level of government. The film, Under The Influence, follows the tale of Doris, "Granny D" Haddock, a pissed-off grandmother who walked from Santa Monica, California to Washington, D.C. to demand some accountability. The filmmakers track how corporate greed influences all aspects of governmental policy and regulation, from education to healthcare, to transportation and beyond. There isn't one sector of the government that hasn't been touched by this corporate greed.

Between the growing movement of organizations fighting back the Citizen United ruling and the grassroots filmmakers who are building a coalition of people and communities, we can take back what's rightfully ours--our democracy. But it won't be easy. We have to do it together. To find out more about the film Under The Influence, check out their IndieGoGo page or youtube channel. We the people deserve more from our elected representatives in Washington.