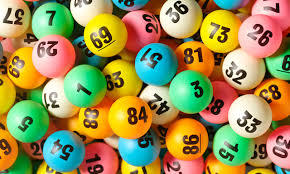 If you have never been "rich" by America's definition you are probably one of millions of Americans headed to the local convenient and grocery stores to cash in on the seventh largest lottery drawing in history. The cash value of Friday night's lottery will have a cash value of $357 million. Winning Friday night's lottery could be life changing for one or more Americans who may have decided to invest their last dollars into the potential of hitting the jackpot.

While winning the lottery will be a dream come true for many Americans there have been many Americans that have won the lottery only to realize it is one of the worst things that could have ever happened to them. In several cases lottery winners of both large and small proportions have suddenly been attacked by thieves, taunted by bill collectors or most importantly proved to the world that they are bad money managers.

In 2015 the Camelot Group did a study on former lottery winners and the results were quite startling. The study concluded that 44% of those who win the lottery are broke within 5 years. It was even reported that a third of all lottery winners will eventually end up filing bankruptcy and be placed in situations where they are using a gold value calculator in an attempt to conjure up extra cash after losing all their cash assets.

So where exactly does all this money from lottery winners disappear to? The situations are based on the individuals but past lottery winner stories show that the money goes towards spouses who later become exes, family members who demand money because they would have given it to you and even bad investments.

Many lottery winners are so afraid of being that lottery winner that blows all their money they quickly begin to invest into other areas without the guidance of a financial advisor. These investments later turn into bad investments and winners are suddenly backed into a corner that they can only pay to get out of.

It is no wonder why alcohol abuse, drug abuse and suicide rates are highest for those who win the lottery. The pressure becomes increasingly unbearable and the desire to please people becomes nearly impossible.

One interesting lesson that many individuals learn the hard way is the power of the gift tax, if you decide to give your friends and family any piece of your lottery earnings. Most people focus on the 45% that taxes will eat up and neglect the fact that the more you give to others the more you will be taxed.