Contrary to popular belief, pole dancing isn't always about looking sexy for other people. It can be empowering, too.

In a gorgeous new video, 16 amateur pole dancers explain why they are drawn to the practice -- and show off their killer moves. 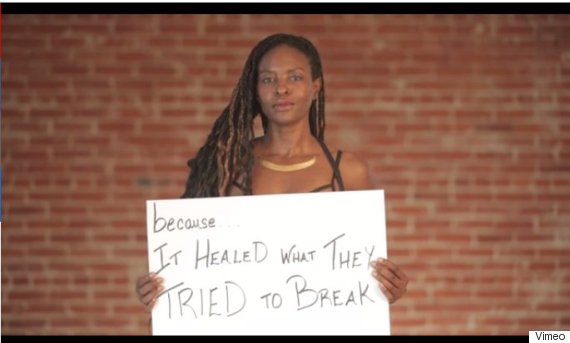 In the film, women hold up signs showing what their "labels" are in the outside world, then signs that explain why they pole dance. The video is the result of a 2014 Kickstarter campaign launched by three pole dancers, feminists and producers in Los Angeles.

"My initial encounter with pole allowed me to explore and appreciate my sexuality and sensuality as a woman in a way I never had before," actress Amy Main, one of the film's producers, wrote in a blog post. "It felt like I was shedding my dry, scaly, battered skin, and emerging as a soft, strong, beautiful, feminine creature. My old belief system had constantly been focused on what was wrong with my body- the missing gap between my thighs, my too small breasts, my shapeless hips. But through [pole dancing] I began to see what was right. Which was, quite simply, me. I was already enough as I was."

Watch the full film above.