As I kiss my sleeping daughter on the cheek, I notice how she's changing. Tucked up in her bed, she is no longer the baby I cradled or the toddler that I pushed on the swing. She is a young girl with a big voice and thankfully, she's not afraid to use it.

She uses it to tell me when I'm wrong.

She uses it to tell me when she feels uneasy.

She uses it to tell me what she needs.

She has a voice and so she uses it. Simple, no?

And while my five year old seems to have it all figured out, it would seem that many grown women have been quietened over the years...taught to accept the status quo and not to ruffle too many feathers.

Yet election season is upon us and this year is the first in history that there is a chance that a woman will be voted in as the leader of the free world. 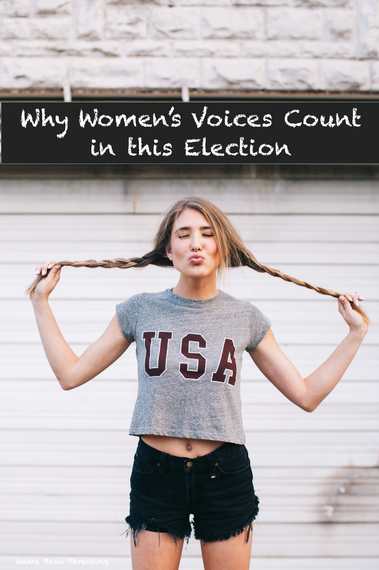 In itself, that concept is a huge deal...symbolic, even. And therein lies a common rhetoric against Hillary Clinton: to vote for a woman simply because she is a woman is surely the antithesis of feminism?

Yet regardless of the political battlefield of the last few months, I'd go so far as saying that Hillary - though far from perfect - is more than just a symbol for women. Instead, she is a politician with a history of supporting women's rights, particularly across three specific areas:

Let's face it, this election season has been particularly unsavory. Yet there are flags, bumper stickers, banners, spoof campaigns and even huge cookies...all of which are attempting to sweeten this rather bitter process. Inadvertently, they're also encouraging us to speak up loudly about our hopes for the future of America. 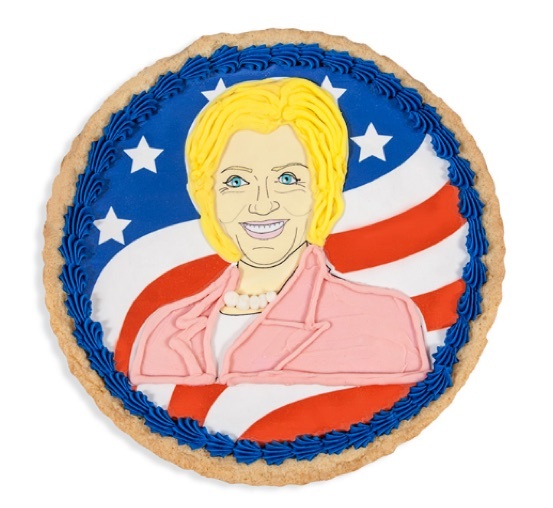 Isn't it time to speak out?

Isn't it time to raise our daughters to embrace their voices and not sacrifice their volume?

For my daughter, I will use my voice. And in doing so, I will show her that it's ok for her to use hers. More than that; it is necessary.

Because by speaking up and out and doing so with conviction, we can build upon the placeholders that are already being put into place. We can cement a better future for our daughters and that, for me, is worth voting for.

You can find Mama Bean at Mama Bean Parenting and on Facebook.