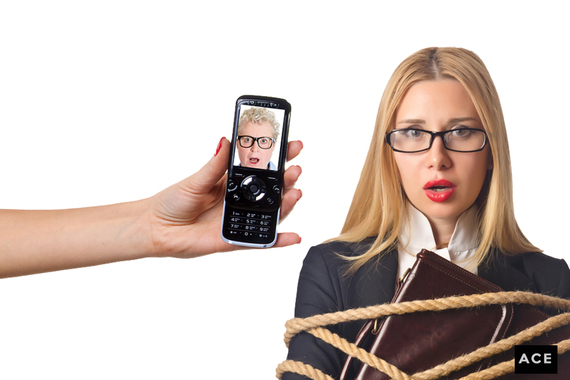 Anita Bah's mother can't get her cell phone to work. Now she wants to switch to a new wireless carrier. If only it were so easy.

Question: I'm writing on behalf of my mother. Her Verizon phone does not work properly. There's a defect in the storage capability. I've called Verizon for help more than six times and finally got a refurbished phone to replace my mother's phone.

The refurbished phone storage is fine, but now it prompts you every day for the user to "activate" the phone. You have to log in with Apple ID, password, redo the wi-fi connection and password, every single day.

We pay for mom's cell and data service, yet she can't use her phone. I've called Verizon more than 15 times in the last few months, and the technicians come up with some cockamamie solutions that don't work.

I got another replacement phone, and the same thing happened. I have contacted Verizon via Facebook, Twitter, Verizon phone, the Verizon store and Verizon chat. Nothing worked.

After six months of this, we decided to take her business to T-Mobile. They couldn't accept her phone because they said it was unregistered. How could Verizon send me two refurbished phones that were unregistered?

At this point, all I want is for Verizon to waive the early termination fee. I won't go after all the months of no service, even though I paid for mom's service every month. She had no service to her phone and couldn't dial out. She had to ask co-workers to borrow their phones to reach home. Can you help? -- Anita Bah, Laurel, Md.

Answer: Verizon should have sent your mother a working iPhone. If it didn't connect, the technicians should have been able to quickly help her get the unit set up.

I'm tempted to resort to a technical answer. How, maybe, she should have contacted the phone's manufacturer when the wireless provider was dumbfounded by her continued problems. How a simple system update might have possibly solved her phone registration issues. Or how she could have tried visiting the Apple store.

But this could have happened with any phone and any manufacturer. Verizon should have fixed it, whether it was an iPhone or a brick.

I agree with you. It's really odd that Verizon would charge your mother for a phone she hasn't even registered on the network. You'd think the two would be connected -- you know, open an account, start your billing? But no.

There was one step you or your mother had to take before I could get involved. You needed to escalate your paper trail to someone higher up at Verizon. I list Verizon's executive contacts on my site.

I love how this one ended. Although this never should have reached Verizon's executives, I'm pleased to say that they did the right thing once they received your complaint. A representative contacted you promptly with two choices: waive the termination fee or give you a brand-new replacement phone. You took the former option.