A couple of years ago I visited the Jewish Museum in Battery Park City, New York. There was a quirky exhibit on Mahjong. I found myself captivated by the black and white images of women with fun bandana scarves sitting casually around a floating table in a swimming pool (ala 50s) with assorted tiles playing Mahjong. Little did I know that in a few years, I would find myself in Piscataway New Jersey playing in a Mahjong tournament?

My Mahjong friends began our journey driving to Edison NJ dining at the infamous "Harold's" The owner was formerly involved in New York's Carnegie Deli, where the foods were offered in monster portions. Did you know one matzo ball could be almost the size of a mini basketball? One can imagine the size of the corn beef sandwich spread along the entire plate, yes that was one order. But the topper was the desert, built like mini skyscrapers, which we didn't dare to try. Who eats like this? It seems to be a favorite among the Mahjong set making the pilgrimage to play in the annual Four Seasons Tournament.

Mahjong is a game of Chinese origin dating over 2000 years. For centuries it remained exclusive to the royal class. Its U.S. invasion occurred in the 1920s when Joseph Babcock brought it home from Shanghai. Depression hit a few years later, in the 1930's, sparking the revival of many table games. Many were bored with movies, concerts and radio. If a mental challenge was what people wanted, Mahjong the "game of a hundred intelligences" was definitely the one, since it requires so much focus and concentration. I was soon to experience "the magic" of Mahjong driving me to become a member of this quirky niche!

My first impression of the 41 tables (4 at each table) is, "how did I end up here?" I called my daughter declaring, "How depressing! These players are so old?" She proclaimed, "Mama, what did you expect?" My first impressions could have been skewered by the heavy meal from Harold's, but I eventually found like spirited people.

The ritual started with purchasing new dice, I selected a gold lame, a black dot pair. I was definitely amused by the endless parade of diamonds and gems splayed on players hands set off by elaborate decorated manicures (palm trees and rhinestone set on the fake nails.) Sparkle was definitely a pre-requisite.

Many of the women were quite helpful on the venture of our first tournament, but there were a random few that liked to intimidate, winning at all costs. "I can't hear you, speak louder, I still can't hear you." One woman so successfully rattled me, that it threw my game and a younger player, later offered some sound advice: "Don't let her intimidate you, that definitely is a tactic to throw you off-point."

These women are serious contenders. Beginning at 10:00 am, breaking for lunch, playing until 5 pm, and then offering, "mini tournaments" that again went on until 11:30 pm. A, Mahjong haze clouded my mind.

Reader you may ask: why, play? I must say, Mahjong has an image problem. Is it a bunch of old women playing endlessly with a click, click of the tiles? Like knitting, it could use a facelift. In the last few years there has been a revival, as celebrities have endorsed this, dusty, past time, Madonna, Cameron Diaz and Uma Thurman. Even fashionista Sara Jessica Parker knit. Mahjong, too, can be so much more, a great opportunity to develop friendships, entertain, use one's mind and talk life! Are there any celebrities to endorse Mahjong, a shot of approval... Botox at best? 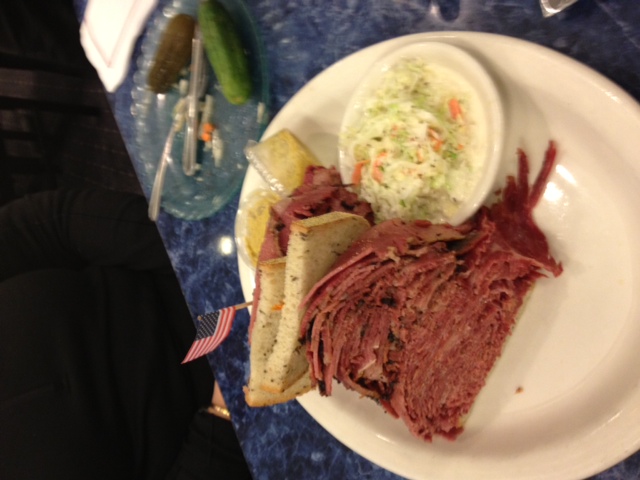 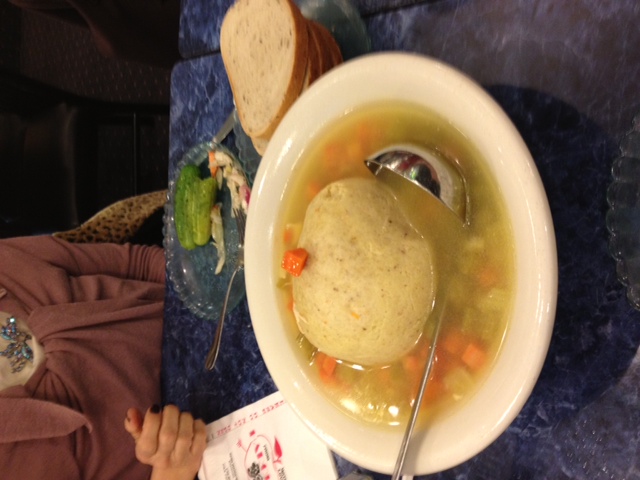 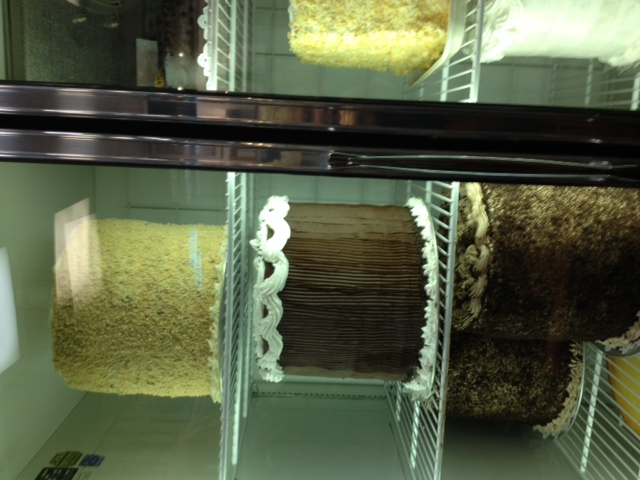 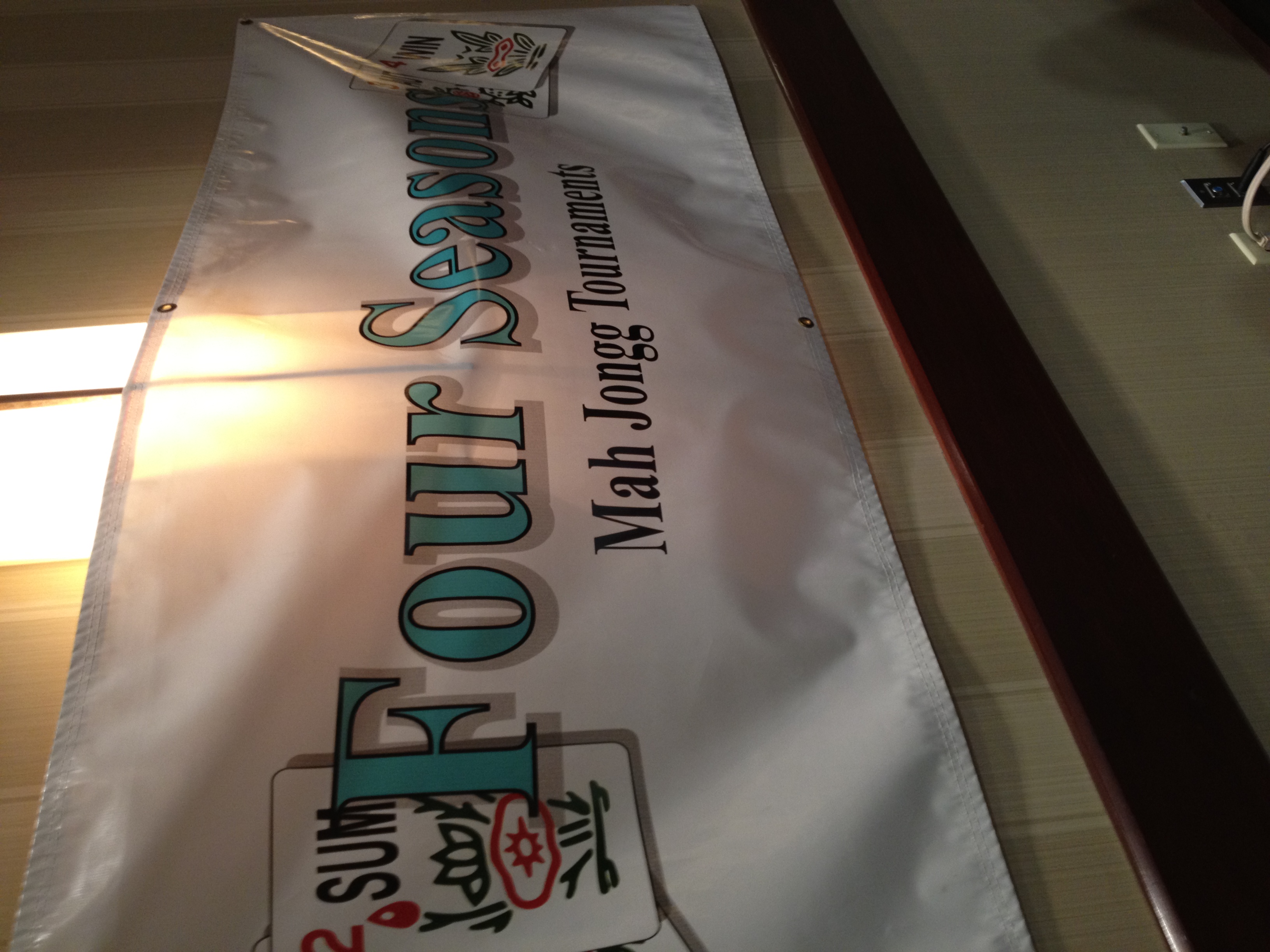 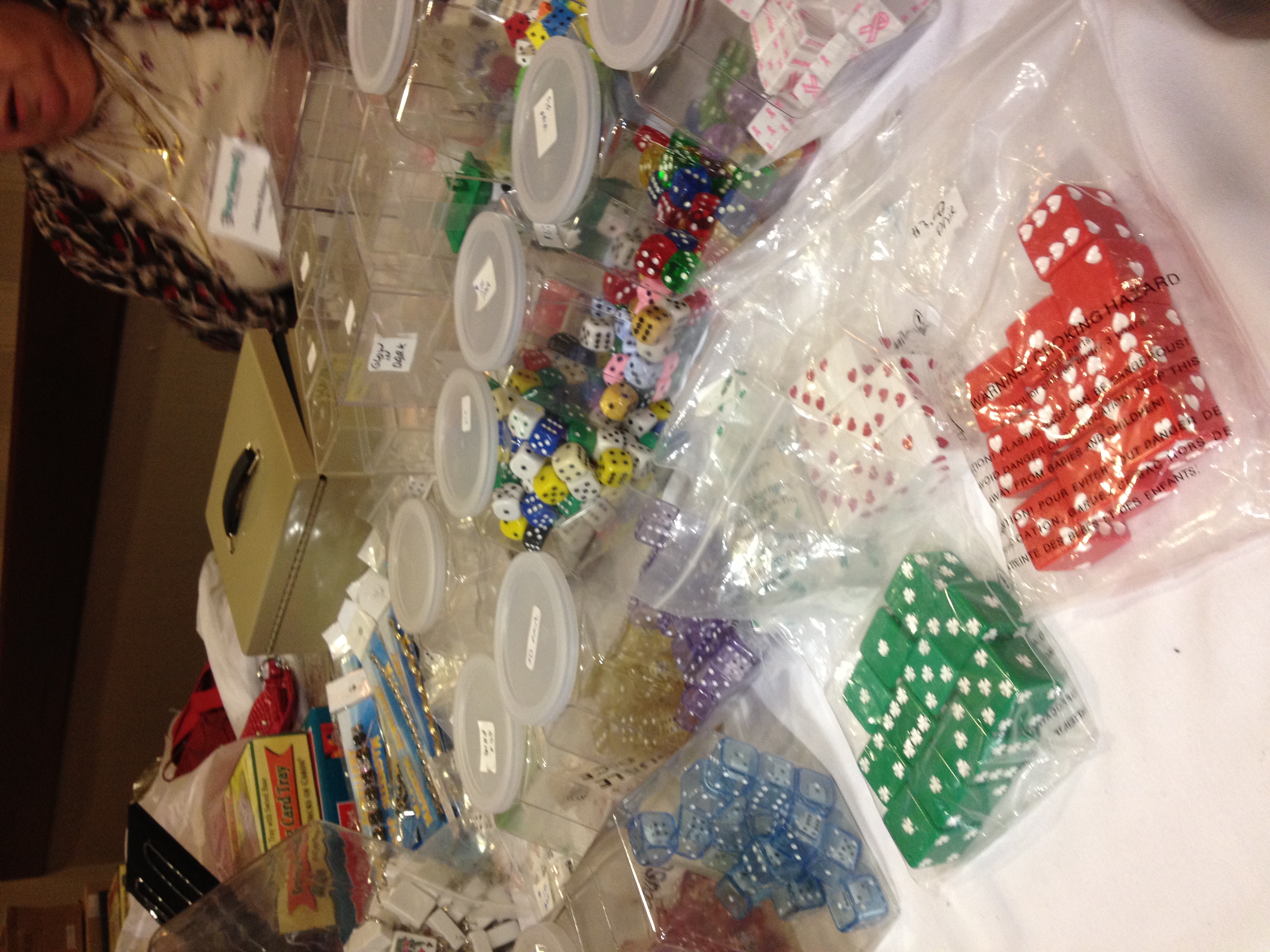 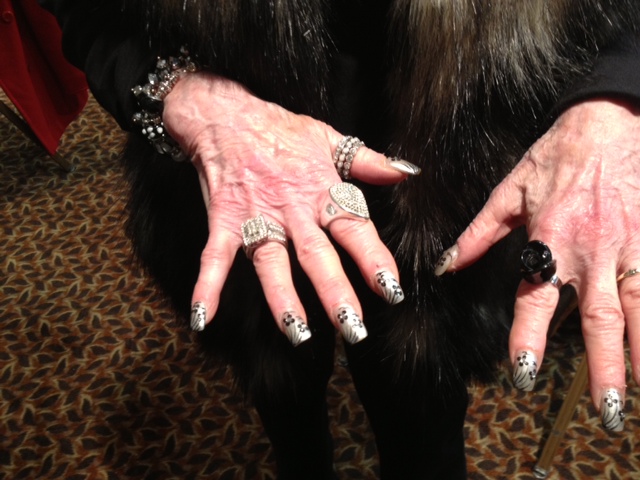 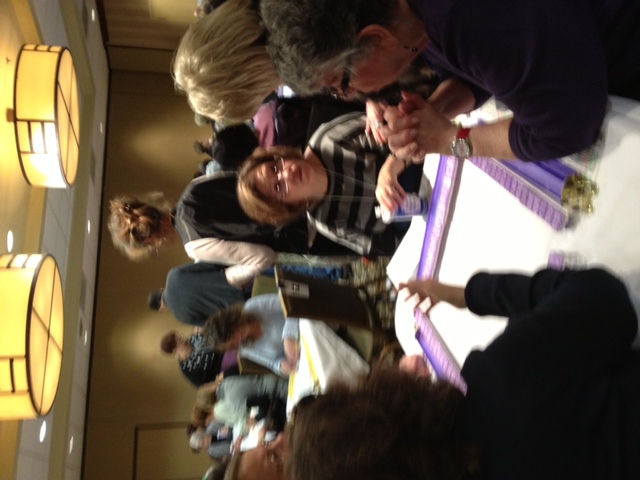