Alive shouldn't be a relative term, but living is implicit when you use heroin. Opiate addicts function in limbo, in a state similar to the walking dead. Anyone who loves an addict knows it becomes increasingly difficult to remember the person before they used, the user and the drug rapidly become enmeshed. The person becomes obscured, overshadowed by the actions they've taken while under the influence of drugs and it becomes second nature to associate your loved one with pain

Once heroin sabotaged my relationship with my son Nolan (not his real name), I was uncertain about how to continue to have a role in his life. Defining him as an adult made me want to eradicate him from my mind, but the mother in me would never allow him to be erased. Although he became homeless because I removed him from our household, I still felt ultimately responsible for his well-being.

Our family treaded water in our regular lives, checking on him periodically reintroduced a massive wave of sadness and frustration. My daughters and I would occasionally meet him for a meal. Wearing a suit of armor called "detachment" helped me to overcome the instinct to sob as I sat across the table from a sickly shadow of my son. The familiar cadence of sibling banter would ensue and a version of normalcy would materialize. Listening to him order his meal I couldn't reconcile his good manners with his haggard appearance. I'd unconsciously soften, realizing the essence of his former self was still there. 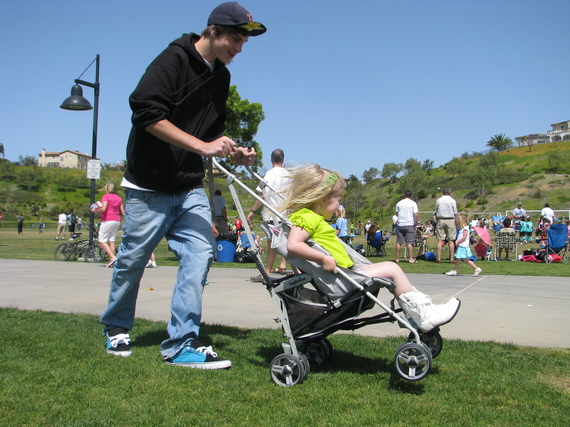 Nolan and his sister

Nolan and his sister were a little more than two years apart. They had such different personalities, but they were the best of friends. I don't ever recall a cross word spoken between them. As young children her fearlessness made him crazy -- he was fiercely protective. "Mom, the waves are over her head! She's out too deep." People assumed Nolan would be unfazed by the birth of his youngest sister due to their substantial age gap. Although most 12-year-old boys would have disregarded a baby, he was enamored and never missed a moment to engage with her. Boys in dirty baseball uniforms would stand grinning as he'd scoop her up and sing her funny little songs. 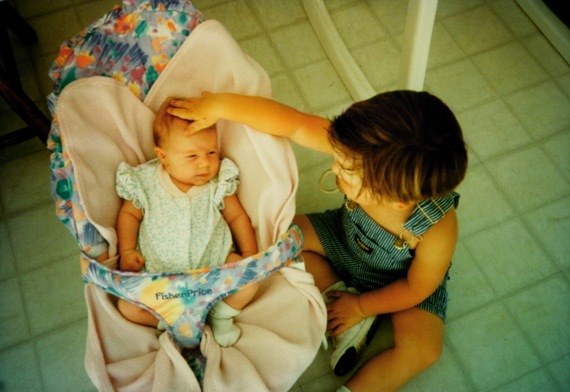 I didn't set out to immortalize my living son. The obituary was a spontaneous reaction to hearing he had been caught using after months of sobriety. My son's venomous reaction when he was confronted by a family member added to the devastation. While on business travel across the country, I was unable to distract myself with chores or immerse myself with my other children. Sitting helpless in a hotel room the initial disappointment morphed into intense anger, which evolved into sadness. I had a realization that my son was defined by heroin, his name synonymous with the drug. Struggling to remember him as generous, talented, and loveable caused me to begin writing intensely on a hotel note pad.

Nolan was naturally agile, which made him successful at every physical venture and sport he pursued. Throughout his years in Pop Warner, parents would gawk at his size but quickly realize there was nothing to fear. Nolan was mellow and friendly, a consummate team player loved by coaches for his dedication and good nature. He took his athletic contributions seriously, regardless of the position or game played -- if the team lost Nolan would beat himself up. 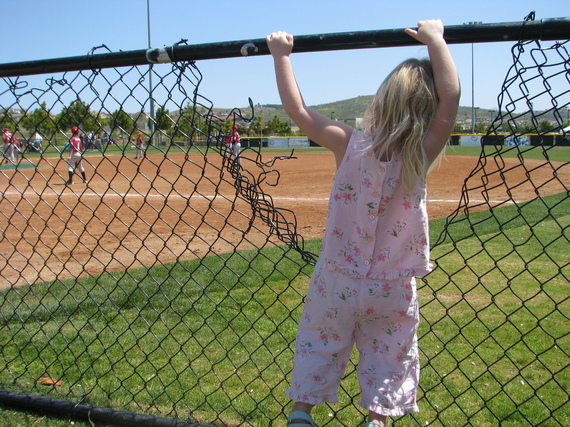 His sister watching him play.

While it was emotional to remember my son before he was eclipsed by opiates, it was also liberating. It was a gift to unearth his many unique qualities and counting our best memories gave me a sense of relief.

Every addict is worthy of being seen for more than their disease, but out of necessity those who love them have to disengage. I needed to dehumanize him to cope with the circumstances, but I didn't need to make my stance concrete. Nolan's goodness still exists, but it's suppressed by the power of the drug. I reserved the right to believe that there is potential to make new memories.

More:
healthy livingaddictionheroinParenting
Newsletter Sign Up
The essential guide to taking care of your mind and body
Subscribe to HuffPost’s wellness email
Successfully Subscribed!
Wellness delivered to your inbox