While I'm proud to be a part of the millennial movement that skyrocketed solo travel out of this world last year despite societal expectations, I must admit that I don't exactly do it because I'm "young without that many responsibilities yet" or because I'm single because...let's not go there.

Anyway. My point is that I notice a few misconceptions with the idea of traveling solo. For starters, it tends to seem like something you need to say "F-it! I'm young, I don't need a job or relationship yet, I'm going to go travel solo on an extreme budget and a backpack because that's what you're supposed to do!" Personally, I don't believe in the phrase "What you're supposed to do." Who gets to make those rules up anyway?

What if you aren't "young", with little responsibility and a lifetime (AKA your 20's) to figure it out, but you still dream about travel? What if you have a relationship, and it's great, but your partner can't or doesn't want to travel? What if you have a kid, and a career, but you just don't think it's feasible to leave for a few days to go somewhere? And after living on your own for so long, what if the idea of budget-travel and backpacking sounds far less than appealing and acceptable?

My main question is, why does solo travel have to automatically relate to young, single, carefree people backpacking? Why can't anyone, at any age, stage, or Facebook relationship status, go and travel on their own without feeling like it's something they're "not supposed to be doing"? Personally again, I also don't believe in the phrase "What you're not supposed to be doing."

In all honesty, I don't like giant backpacks. I think they look funny on me and they hurt my back. I don't consider myself that young anymore either; I'm basically 28 going on 50, have a dog that's essentially a never-aging infant, and pay my bills for rent, utilities, insurance, tax, and student loans for a degree that I don't use. I'm also the boss and only employee of my career, and constantly worry about money and life just like everyone else does. But still, I travel solo, and it's because I want to see the world, even if I'm not still at that supposed "exploratory stage" in my life anymore. No matter what I am or what I become, I'll still think it's Ok to travel solo. Here's a few reasons why you should too:

You Should Travel if You Want to Travel 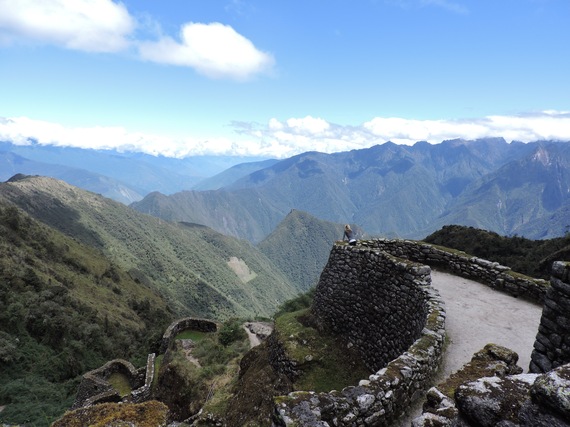 During my Inca Trail hike to Machu Picchu, I met another solo traveler; a 52 year old woman with two kids and a full time job, who was there because she "Wanted to travel the world before her knees start to give out, and her kids didn't want to come so she went by herself." Plain and simple, she wanted to travel, so she did. Sure, it may be easier said than done, but you have two options; you can sit around and complain about every excuse for why you can't travel solo, or you can do everything you can to make it happen.

You Don't Have to Give Everything Up

Even I don't fully understand how people are able to quit their jobs to travel, since, I still work full time while I'm traveling. Kudos to those who do, especially if it's a job they're unhappy with (in which case I always will advise quitting), but for most people, giving up a job to travel isn't exactly a possibility. But you don't have to go travel for a month or more, you can still travel using the amount of time off that you have. You also don't ever have to choose between your relationship and travel because it's not like you aren't coming back! I'm no child expert, but I remember hanging with my grandparents over long weekends when I was young, and staying with a friend was always an awesome treat! Also, solo traveling with your kid or kids is rapidly increasing in popularity right now!

You Can Make Things Work with Work 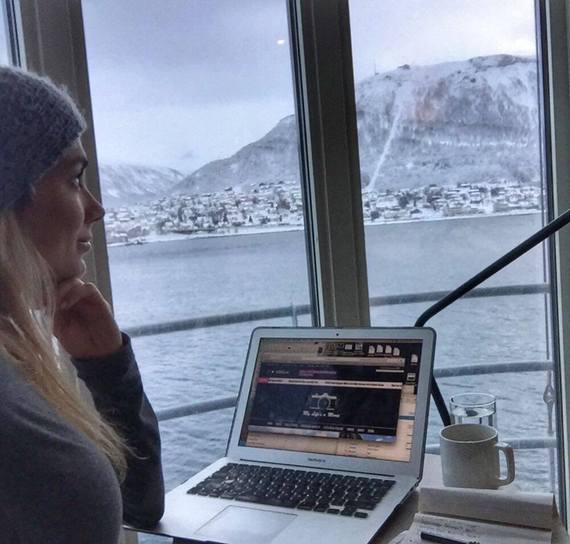 Unless you have a boss who absolutely despises fun and happiness, there's usually a good chance at making travel plans work with your job. Everyone gets paid vacation days. I know that for a fact because of how many articles go around about Americans not using them. If you know you get a certain amount of time off, plan it ahead of time so that you actually make it happen. If your boss isn't keen on the idea of falling behind or just really needs you because you're so awesome at what you do, offer to work remotely while you travel, but only in the worst case scenario...you should always enjoy your time off!

There will Always Be More Money to be Made

I feel like a lot of people fear missing work or spending money on a trip because they think they'll lose money or become instantly broke and in debt. Well, true, you'll probably be broke for a bit, but it's not like there isn't more money to be made! I've heard people say things like, "Yeah but I have a car payment, insurance, credit card bills, and rent to pay," and I'm like, "UM...and I don't?!"

I am in the same money boat as anyone else, I just choose to only spend my money on travel, and accept being broke for a bit after I travel, because to me, I can always make the money back, but know I won't always be able to get an experience back!

It Won't Mean You'll Be Unfaithful 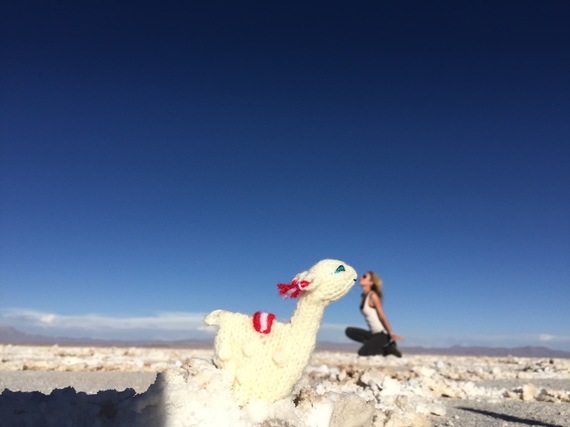 I know sometimes that solo travel translates to "single travel", but that doesn't necessarily have to be the case. Sure, it's great to meet people while you travel, but there's no harm in making friends as long as that's all you're intending to be. It can be hard on a relationship if one person goes and travels, but you can make it work, especially these days with Skype, FaceTime, and social media! Many people travel without their partners, and it's not because they want to see "who" else is out there, it's because they want to see "what" is out there in general!

You're Not as Unable As You Think 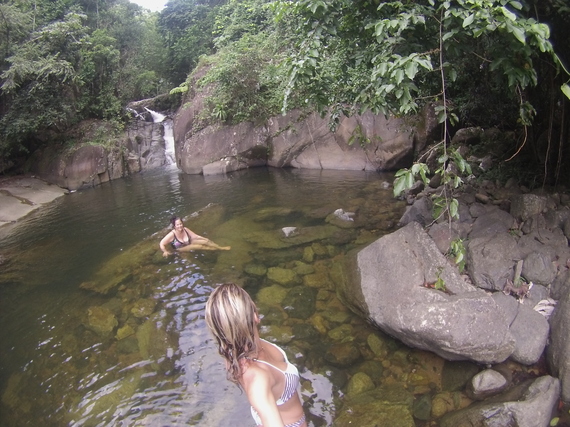 My mom just turned 60, she still works full time and gets loads of anxiety at the thought of being away from home or work even though she loves to travel. She's given me every possible excuse in the world for not being able to come travel with me, but finally I got her to go to Puerto Rico last year. Suddenly it was like a whole new person took over my mom's mind; she was snorkeling and kayaking, she even hiked to not one but TWO waterfalls in the El Yunque jungle with me! She kept saying that her legs weren't strong enough, but once she actually got out there it was like she was unstoppable, all she had to do was try!

Many people also haven't experienced being alone for long periods of time. It's not as scary as you think, and in fact, there's a good chance you'll end up falling in love with it, and yourself!

You Don't Have to Be Crazy Adventurous 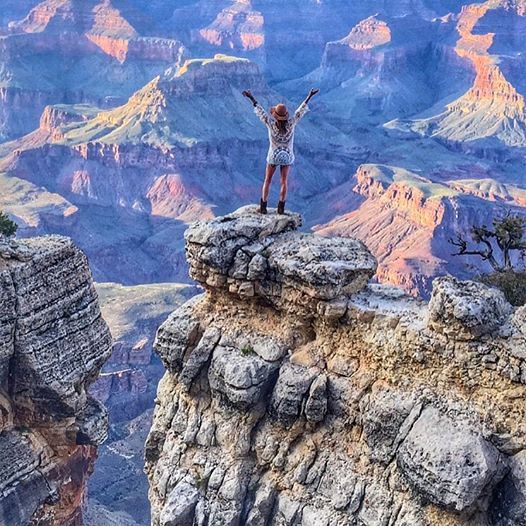 Sure, I'm guilty of being one of the solo travelers who is constantly climbing mountains and hanging my feet off cliffs. But just because I'm crazy, doesn't mean anyone else has to be! What if you've always wanted to stroll the streets of Paris and sip wine under the Eiffel Tower, or relax in the tropical waters of the Caribbean? You can go do that on your own and have a phenomenal time, without ever having to do anything terrifying or crazy!

You Don't Have to Downgrade

Like I said before, it seems like "solo travel" sometimes correlates to "backpacking" and "hostels", but that's not the case. I can fit just as much stuff in a carry-on and spend almost as little as someone backpacking, while still managing to find good deals at nicer places. That being said, you also don't have to downgrade drastically to keep a budget. I always find the best deals on flights and hotels because I do my research, and keep an eye out for special offers.

The Only Definite Time Limit, is Death 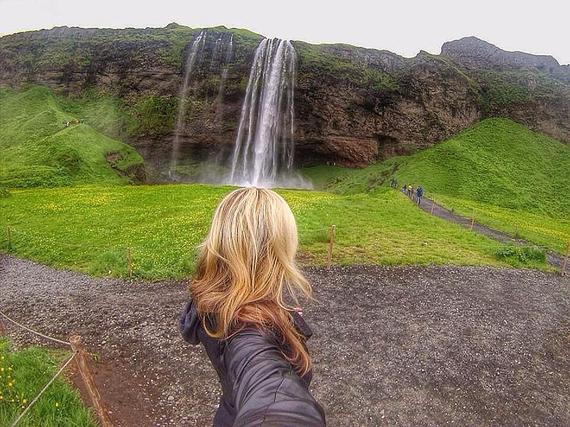 There is no age range for people who can travel solo. Granted I wouldn't exactly encourage a 12 year old to go do it (then again these days, who knows what they're capable of!), but I definitely would encourage anyone who is physically and mentally capable of moving from point A to point B. I've heard people say, "No, I'm too old now to just go travel solo," and they've been mostly around the age of 35. I think they see solo travel as something you can get away with when you're "young", but once you hit your 30's it's all work work work and no play. But unless you're on your death bed, it's technically never "too late". That being said, do you really want to be on your death bed wishing you would have just took the chance and traveled while you still had time?

Regrets suck, and no one ever said, "Man, I really wish I hadn't of traveled!"