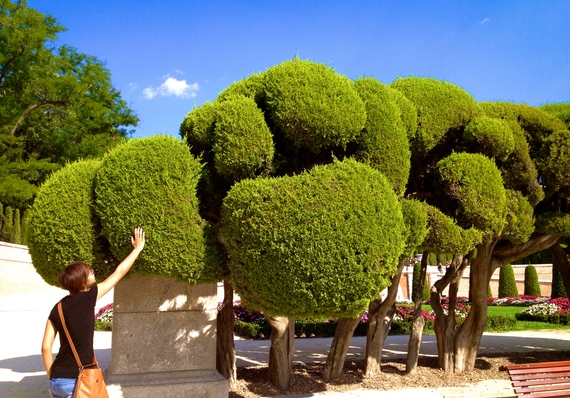 Note: Since I originally wrote this article, I have booked a flight from Dallas to Dubai for 300 bucks using a resource mentioned below.

I often hear people say the reason they don't travel as much as they would like is because "it's too expensive."

Hearing this gets me excited because:

A) Challenges and finding deals are my forte. And,

B) I love sharing the ways you can cut down costs tremendously and go anywhere in the world that your traveling heart desires, at a reasonable price.

How do I know?

Because the resources and strategies that I'm going to share with you are things I've personally used myself or have witnessed others do and experience much success from.

The truth is, you don't have to be rich or even wealthy to travel domestically or abroad. What it comes down to is being realistic about your travel style and strategically finding ways to get the best deals and bang for your buck.

For me, there's a whole lot of banging going on because I am what you would call a budget traveler. Being one of the most frugal people around, I'm always on the hunt for a good travel deal.

Unless you just have to fly first class everywhere you go, sleep only at five star hotels and are only interested in fine dining experiences, traveling can be quite affordable for you.

Thanks to resources like hostels, Airbnb and couchsurfing, venturing around the world today has become more economical now than ever. Securing accommodations in highly traveled places and even exclusive locales around the globe is less of a hassle as budget travelers now have more options and control over how much money they want to spend or if they want to spend anything at all.

With hostels, you are basically staying in dorm-style rooms with other travelers from all over the world. People who post their apartments or houses on Airbnb are allowing others to rent out a portion or their entire place for a fee and couchsurfing is where hosts open up their homes to travelers for free. All of these options are highly encouraged versus going the traditional hotel route if you're looking to slash the costs of your living arrangements while you're on the road.

Aside from figuring out your accommodations, the most money you're going to shell out when planning travel is on your flight of course, and even that doesn't have to burn a deep hole in your wallet because there are a lot of sites out there that do most of the legwork for you. Resources like The Flight Deal (the site I used to score the deal from Dallas to Dubai) and AirfareWatchdog.com are known for scouring the airlines and informing travel junkies of the best deals. Many people have scored awesome glitch fares through The Flight Deal for trips abroad for little to nothing. A glitch fare is basically when an airline makes a mistake and prices a fare super low. For example, there was a recent glitch fare going from Houston to India for under 200 bucks. These types of accidents do not last long at all so you have to act fast. The key to knowing about low fares and glitch deals is to subscribe to these sites, follow them on Twitter, Facebook, etc. and always be on the lookout.

Being lenient with how you will reach your final destination is also helpful if you really want to get a good deal. For example, if you're interested in going to London but there's a fare for Dublin that's almost 400 dollars cheaper, you can probably fly into Ireland and then catch a ferry and train to London for a more reasonable price that works within your budget. Sure, it will take more time to reach your final destination, but you have to remember the trade off when you're on the hunt for travel bargains. For a domestic example, if I saw that a flight to New York would be tremendously cheaper if I flew out of Dallas versus Houston, I could purchase a cheap Megabus ticket and get to Dallas in about four hours to catch that flight to the Big Apple.

The time of year you decide to jaunt around also affects costs. Traveling during the summer months will almost always be more expensive because that's when people do most of their family trips since everyone is on break from school. When you plan trips in the fall or even winter, you're more likely to score deeper discounts with flights and accommodations because companies are trying to reach full occupancy during the offseason. I personally prefer offseason travel because it's less crowded and you get a chance to really see the place you're visiting. There's no point in going to the beach if it's packed to the brim with tourists and you can't even get to the ocean.

When it comes to traveling affordably, it's all about being strategic and having the patience to really research and exhaust all of the best possible options. It may be time consuming, but you'll be happy you took the time when you're out island hopping around Greece and realize you got there at a great deal.

This post originally appeared on Jaimee's travel and inspirational blog, This Way North

More articles on This Way North:

9 Things That Make Maui Irresistible (In Photos)
Why You Should Travel Solo at Least Once
Want to Travel? These Quotes Will Inspire You to Go
I Went to Europe...Solo!

Writer of all the feelings, World Explorer, Yoga Teacher