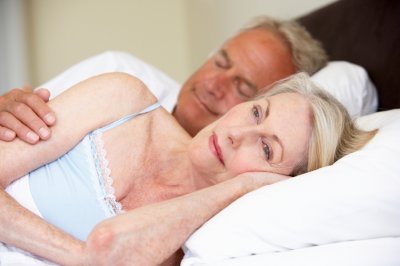 As we journey through this cold and flu season, I hope many of us heed Nona's advice about chicken soup being good for a cold. When it came to sleep, it was my Papu who always said getting a good night's rest keeps the cold away to begin with!

"Great, another article on why it's important for me to get sleep." (NOTE SARCASM.)

"Seriously, don't people understand there just aren't enough hours in the day to get it all done AND get eight hours of sleep!"

Sound familiar? I have dozens of patients who feed me these lines daily, and I believe them. I commiserate with them. Until I was finished with my four-year residency program I was one of them! No amount of sleep deprivation could keep me from acing that exam AND getting in a workout AND having dinner with friends. I was superwoman. All on less than 5 hours of sleep a night.

Then it caught up with me. I was only 30 and I couldn't run as long as could just a couple of years before (depressing). I'd forget a conversation I had with a friend the day before, leaving them a voicemail letting them know how much I'd missed hearing their voice (embarrassing). I was constantly getting sick, which meant missed work days (unacceptable and inefficient).

It wasn't exactly one AHA moment, but a series of smaller ones that led to me to try to get in more sleep.

This means shutting off the background noise (TV, laptop, phone), shutting the lights, and just lying there.

At first there was a lot of tossing and turning, but eventually I'd fall asleep within 20 minutes. And that is the name of the game.

If you're skeptical of my word, here are some facts:

The following are from a study recently published in the journal Sleep. For the study, participants were sleep deprived nightly for JUST ONE WEEK. Check out what they found!

• How many hours a person slept nightly was one of the strongest predictors of whether or not they got sick. (MORE than their reported stress level and emotional state, their body mass or age.)

• Those who slept less than five hours were 4.5 times more likely to get sick.

• In another study published in Sleep and funded by the NIH and NCBI, chronic sleep deprivation is a risk factor for an impaired immune system, with certain white blood cell levels directly affected by sleep deprivation over time.

And catching a cold isn't the worst thing poor sleep can do for your health:

• 90 percent of people with insomnia also have another health condition like diabetes, high blood pressure, or heart disease.

• According to a 2004 study, people who sleep less than six hours a day were almost 30 percent more likely to be obese than those who slept seven to nine hours.

Think about it -- when you are staying up late to do work or watch TV or surf the Net, you are more likely to fall prey to bad eating habits.

This brings up the importance of healthy sleep habits -- like going to bed at regular times and turning off televisions and other electronic devices.

The artificial lights from TV screens and devices impair your ability to fall asleep. Getting to bed at the same time each night and rising at the same time each morning sets a schedule for your brain that will help you start this new healthy habit. Even if you toss and turn at the beginning, it sets the stage for success down the line.

Of course, some conditions aren't so easy to change as individuals. It may not surprise you that the poorest areas with the highest minority populations also rank lower on hours of sleep reported. These areas are ALSO high in obesity numbers, like the Southeast states. The CDC report also found that while two-thirds of white people nationally got enough sleep, only about half of blacks did. One theory is that under or unemployment leads to irregular sleep hours.

Socioeconomically this could have far reaching consequences for us -- the poorest or most unemployed get the least sleep -- that will almost guarantee the same population will have chronic health problems -- raising the cost of their medical care for decades down the line. Bottom line: We all pay!

So if you think you don't need a lot of sleep, you should still care about the fact that many of us aren't getting what we need.

Once you're sick, it's hard to do anything but sleep. Work suffers, family suffers, and there's no way you're keeping up with your exercise regimen or healthy eating attempts. This can start a dangerous downward spiral for any of us.

Why go there to begin with? Do yourself a favor and take my Papu's advice -- TRY to get 7-8 hours of sleep a night. You won't regret you did.

For adults, the recommended amount of sleep is seven to nine hours each night.

Dr. Annie wants to know: How many hours of sleep do YOU get on average each night?