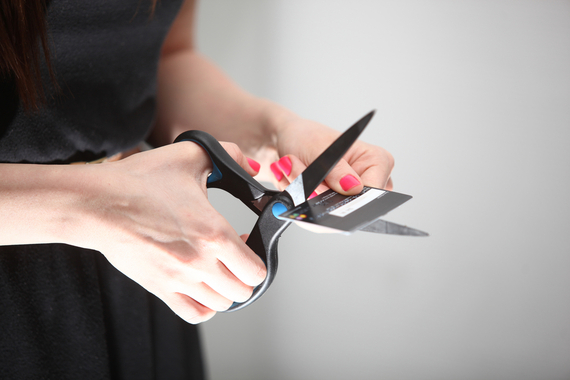 A recent poll bears out something I already believed to be true, and am happy to see: Consumers are finally losing their enthusiasm for airline and other affinity credit cards.

Bankrate, an aggregator of financial rate information, reports that its Money Pulse survey found that cardholders "express little enthusiasm for accumulating extra rewards." In fact, half the respondents said they wouldn't care if their card stopped offering loyalty rewards altogether.

Affinity cards, for the uninitiated, are credit cards offered by a bank and co-branded with another company, such as an airline or hotel, that often allow cardholders to collect miles or points for every dollar spent. Critics say the cards prod consumers to spend ever more money so they can collect points toward perks such as free air travel, reduced hotel rates or preferential treatment at travel destinations.

Who wants out? People like Dick Martin, a retired information systems supervisor from Moses Lake, Wash. Frustrated by blackout dates, high mileage requirements for award tickets and an annual fee, he recently cut ties with his plastic.

"There were too many blackout dates," Martin says. "The points required for any flight were quite high, and I also paid $70 per year for the privilege of having the card."

Milton Kidd, a retired professor from Washington, D.C., says he felt strung along by his airline-branded affinity card. He paid a $79 annual fee and obediently collected miles for years. But when he finally had a chance to book a seat from Portland, Maine, to Tallahassee, his airline told him he needed to buy more miles. He had to redeem all of the miles he'd earned and pay the airline an additional $326. "The entire thing was a rip-off," he says.

Kidd is allowing his remaining miles to expire and has cut up his card.

Only a limited number of customers actually benefit from these payment systems in a meaningful way over the long term, experts warn. You're probably not one of them.

But ending the relationship isn't easy. Travelers are sometimes bound to their cards by irrational fears, Web sites that extoll the virtues of point-collecting and, of course, by the debt they've accrued by overspending.

Even when travelers know the cards over-promise rewards and have the potential to damage their personal finances, they still don't want to give them up, says Thomas Nitzsche, a spokesman for ClearPoint Credit Counseling Solutions, a nonprofit agency offering consumer credit counseling. They don't want to lose the ability to earn more miles or the elusive "free" ticket. Nearly half of ClearPoint's clients at least initially refuse to part with their mileage-earning credit cards, he says. The biggest reasons: unfounded fears that their existing rewards will be deleted or their credit rating will be affected.

"It's something close to addiction," Nitzsche says. "In some cases, clients just leave with our advice and then come back months later when the cards are completely maxed out or defaulted and closed by the creditor."

Did he just say "addiction?" Yes, and it's not hyperbole. Michele Paiva, a psychotherapist and neuromarketer in Downingtown, Pa., says compulsively collecting miles is akin to drug dependence. (Neuromarketing is the study of consumers' cognitive responses to marketing stimuli, such as lower prices or promotions.) "An affinity card creates a false sense of relationship, of being special," she explains.

My experience with reporting about these cards as a consumer advocate supports both Nitzsche's and Paiva's assertions. After my first column on the topic appeared, I was surprised by a barrage of e-mails from angry cardholders who criticized my story with playground insults.

Many of them appeared to be coming from the readers of several small travel blogs, whose publishers were understandably angry. After all, they were pocketing generous commissions from credit card companies for each new customer they referred, and my stories were bad for business. Even more disturbing was that some of these bloggers had been cited as travel experts by colleagues in the media.

The mainstream view on affinity cards varies. Some industry-watchers say cardholders can win the game by learning the system and paying off their cards every month. "Those who always pay their balances in full and on time will usually come out ahead," says Jason Steele, a credit card expert at CompareCards.com, who says he is not compensated by credit cards for his advice.

"But that's only about half of all cardholders."

Others say an affinity card is worth it only if you're a frequent business traveler on an expense account -- and even then, it can be risky.

"Credit card companies employ hundreds of lawyers and MBAs to ensure that the revenue is much greater than the rewards you receive," says K. Alexander Ashe, the chief executive of Spendology, a company that develops budgeting apps. Even in the hands of an experienced user, it's easy to inadvertently carry a balance, such as when there's a delay in getting a reimbursement from your employer. "Many credit cards accrue interest on a daily basis," Ashe warns.

Matthew Coan, publisher of the financial website Casavvy.com, says travelers such as Martin and Kidd can't be blamed for signing up in the first place.

"People get excited when they get the offer for a branded card and feel like they need to take advantage of it," he says. The catch -- that the rewards cards carry a higher interest rate and fees than comparable payment systems -- tends to get buried in the fine print.

"If you decide to carry a balance on your branded card, then the interest that you pay will greatly outweigh any rewards that you will be earning," Coan says.

Of course, talk like that is probably considered blasphemy in the Church of Miles, but facts are facts. Unless you pay all your bills on time and have time to master the complex rules of this game, you're better off without these cards.