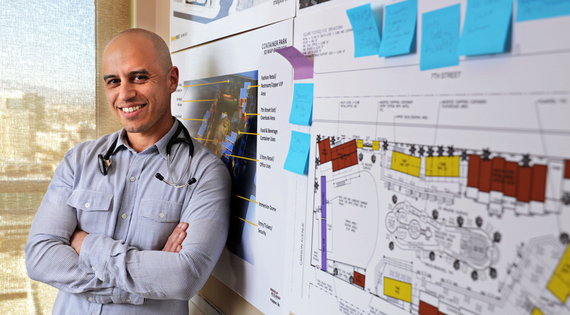 You may not know the name of one of the most talented and innovative forces in healthcare but there is a high probability that you have seen one of his video parodies about health. This is because Zubin Damania, M.D., goes under the alter ego ZDogg MD.

According to Wikipedia his work has been called "entertainment that might save your life."

He is creator of ZDogg MD and the Founder and CEO of Turntable Health, a direct primary care clinic in Downtown Las Vegas that was funded by Zappos CEO Tony Hsieh. He has been called the Weird Al of healthcare and uses humor and pop culture to education populations about important health issues. However, he is much more than a performer and he is doing some interesting things with Turntable Health that should be considered as a model across the nation.
I am constantly inspired by innovators like Damania who use the opportunity to go against the grain of what traditionally works, especially in the world of healthcare. I recently connected with Damania on LinkedIn because I love to connect with people who are making an impact. I also wanted to see if I could campaign for a wound healing music video and get this interview.

He created the alter ego ZDogg during a dark period in his life.

"ZDoggMD was created during a serious depression, almost an early midlife crisis," Damania said. "I looked at my life as a hospitalist and thought, this isn't right. I'm not really affecting lives for the better, I'm bandaging people up to have them circle right back to the ER."

He said that his innate sense of humor, which he had always used to put himself and others at ease, had been subverted through the rather oppressive culture of medicine to be more of a means to create walls around himself and to cope.

"So by creating this outlet for humor, satire, and creativity, I sort of found that unique part of my voice that had been suppressed, and I was able to feel like I was reaching people and effecting real change (even on a small level) that I couldn't do in the hospital," Damania said. "I was terrified I was going to get in trouble."

He said for the longest time no one at his hospital noticed he was doing the videos.
"Until I got on the news ... hahaha. My goal ultimately was to have a show of sorts, a Daily Show/Colbert type thing with a medical voice," he said. "A Dr. Oz that didn't suck."

This isn't the first time Damania has taken a shot at Dr. Oz. I asked him in the spirit of old school east coast/west coast rap wars, what the beef was about.

"WEST SIDE! Haha, in all seriousness, here's a guy who is a gifted communicator, brilliant on many levels, academic credentials oozing out of every pore, and he's completely squandered this credibility by pandering for ratings, fame, and money," he said. "It's almost passé in medical circles to make fun of Dr. Oz."

He explained that many of his peers in healthcare so deeply despised Dr. Oz for his counterproductive influence on susceptible patients looking for miracle cures.
"But rule number one of comedy is always target your attacks upward," he said. "And he is so far above anything I would ever hope to achieve in terms of reach that he is a great target for a rap beef. You hear that OZ? It is on!" 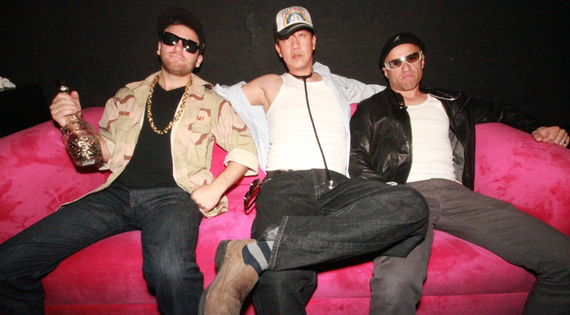 Damania has said in interviews that he speaks the voice of the tribe of medicine.

"As a hospitalist in practice for 10 years, I was deep in the trenches of medicine, deep in the daily paradox of joy and horror," he said. "So I speak the language of that world, a language that emerges from the shared experience of healthcare people. Very often this tribe feels voiceless, so my goal has always been to find a new way of expressing not just our dissatisfaction, but our vision for how to make things better."

Damania has also made a serious commitment to improving healthcare starting in Las Vegas and broadcasting that success to the world.

"Turntable Health is a primary care clinic using a team based model in Downtown Las Vegas in partnership with Boston company, Iora Health and investor Tony Hsieh (the CEO of Zappos.com)," he said.

Damania sent a few of his ZDogg videos to Tony Hsieh, which eventually led to an opportunity for him to quit his job and move his family.

"Tony offered me an opportunity to stop just complaining and actually do something to make healthcare better," he said. "I couldn't do that in the Bay Area, but Vegas was like a blank canvas. It was the scariest thing I'd ever done, but I'm so glad we did it because it has been the most incredibly positive experience imaginable."

Damania doesn't have a favorite video that he has produced so far.
"I don't have a favorite really, but I do like The Confrontation about a battle between an ER doc and a hospitalist, set to an epic tune from Les Miserables. Nerdy, medicine-specific, and scarily accurate," he said.

I took this opportunity to put in my own request for a future ZDogg video covering my specialty of wound care.

"I've been asked by several people now to do a wound care video, so let's do this," he said.

You can tell that Damania is having fun and passionate about the work he is doing as ZDogg MD.

"It sounds cliche (and it is) but you need to reconnect with that unique part of yourself that has gifts to give the world," he said. "Whatever it is. In my case, it was educating through parody and satirical music. But people in healthcare go in as the most creative, extraordinary people around, and then the culture just smothers us."

His videos can actually be viewed as a deeper message for those working in the trenches of healthcare.

"We need to say enough is enough, stop being scared and paralyzed by inertia, and just pursue what it is we are passionate about (even within the confines of paying back student loans, doing our jobs, etc.)," he said. "Once we do that, whole new unforeseen worlds open."

He said the production of the videos have changed greatly since the start and he finally gave up some control and got a team to help him make the videos look much better. This allows him to really focus on the creative content.

"Ideas are always popping up, and social media is a great source of ideas (someone tweeted a line at me that ultimately became our "It's Beginning To Look A Lot Like Sepsis" parody, for example), he said. "I've lost count of how many we've done (dozens) but I'm going to keep going until I'm arrested."

The ZDogg brand is really expanding right now. Damania is also spending time on his Vlogg he calls the ZVlogg.

"The ZVlogg has been a grand experiment for me. I wanted to do some regular content in anticipation of launching a regular show, and this was a casual and intimate vehicle for it," he said. "It features my kids, things I do on a daily basis, a lot of philosophy, and behind the scenes stuff on video making. It has been a joy to make these (I shoot and edit all of them myself so a bit time consuming) but I'd like to continue doing them."

As his videos go more viral it is opening the door to more opportunities to reach wider audiences.

"Speaking engagements are how I basically fund the videos, and I'm doing more and more of these (they include live musical performances, which I also really love doing)," he said. "It's a way to be myself, evangelize what we're trying to do in relationship-based primary care, and spread the ZDoggMD gospel. So as the brand evolves I think we'll be a bit less silly and corny, and a bit more focused on changing the system."

His TED talk is also worth a watch.

He believes that he has learned a lot at Turntable Health and that the current healthcare systems still is need of a lot of care.

"Payment models and primary care are at the top of my list," he said. "Fix that base of the pyramid and other stuff will fall in place. Fixing that culture is crucial."