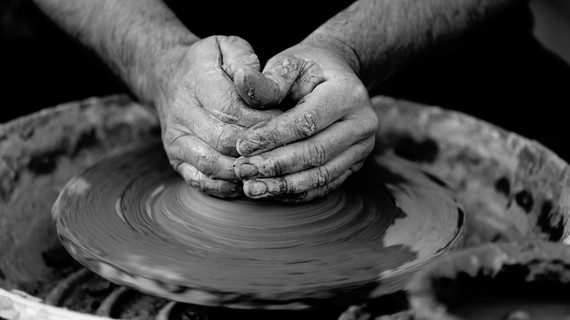 Four or so years ago, I was enticed to join a Crossfit gym. Before then, I'd had no habit of working out. While I'd played sports growing up and could comfortably run 3 miles and knew how to do a proper push-up, I'd never really spent time learning about exercising or trying to work out for any particular goal. I was the one going to the gym a few times a week or less, running on a treadmill and doing sit-ups in the corner -- making little progress and learning nothing.

After a couple of months of Crossfit (where I'd only been going twice a week) I started to notice something: progress. I was sore regularly, I noticed muscles forming, I was able to lift heavier than when I'd started. A few more months went by and I signed up to compete in local events -- both for fun and to push my strength further than I already knew it could go.

As more time went on, I found myself picking up new physically challenging hobbies that I'd never really done before -- yoga, cycling, running, calisthenics. Eventually, after years of working toward a goal I'd never initially set for myself, it appeared that a single hobby had led to a well-rounded healthy lifestyle habit.

At the beginning, the number of days or the amount of time I would spend working out was not much different from my uninspired few-times-a-week gym-going days. The difference was in the amount I was learning each time I went. It was always a new experience -- new movements, new muscles I'd never noticed before, new strength -- and I always wanted to continue learning more.

It finally took four years to realize that what got me to this point wasn't from an initial habit, it was from a hobby that became a habit.

Too often we look at habits as though they're a mechanical reflex formed from repetition -- that doing the same thing every day for a few weeks will automate our bodies to eat healthier, to read more books, or to exercise more often.

But "getting into a habit" isn't satisfying, nor is it engaging, which are perhaps the reasons why we're more likely to fail at forming the habits we want to have.

It's certainly true that there are activities that benefit from habit: waking up at the same hour each day, drinking water regularly, cleaning your house. These are knee-jerk reactions that, over time, can be formed and you'll (probably) be better off for having formed them.

But there's also a negative side to habits that is a result of not having hobbies: eating out of boredom, spending hours online, watching too much TV, drinking or going out every night of the week. If instead you focused on having hobbies, perhaps the good habits you've always wanted to have would simply follow as a result.

With hobbies, you may think you haven't set a goal for yourself or that you're just "trying something new", but the goal naturally becomes completing the activity, and the reward is the activity itself. Habits, on the other hand, are bound by goals that are more difficult to achieve -- like their seeming necessity to be automatic and repeated routinely -- which may in turn make you feel dissatisfied or unhappy with your progress.

The mental state of flow is also more likely to occur when performing hobbies -- and you want to get into flow. Flow is when you enter a state of effortless concentration and enjoyment -- where goals become clearer, the challenge is neither too easy nor too difficult, and the effort is itself the reward. In fact, psychologist Mihaly Csikszentmihalyi found that flow occurred more often in hobbies and even more in sports, than in regularly habitual activities:

"Leisure time in our society is occupied by three major sorts of activities: media consumption, conversation, and active leisure -- such as hobbies, making music, going to restaurants and movies, sports, and exercise. Not all of these free-time activities are the same in their potential for flow. For example, U.S.teenagers experience flow about 13% of the time that they spend watching television, 34% of the time they do hobbies, and 44% of the time they are involved in sports and games. Yet these same teenagers spend at least four times more of their free hours watching TV than doing hobbies or sports."

Habits, by nature, are easier and more accessible, and humans are lazy creatures with greater willingness to do what requires the least amount of effort. By contrast, hobbies require effort-- and this effort becomes its own reward.

However, when hobbies then become habit (like I suggest mine have over time) it's arguable that these hobbies may become less worthy of flow. When this does happen, it could be time to engage in a new hobby, or to reach for new heights of existing hobbies. This could explain, for example, why I moved from Crossfit into other physically challenging hobbies that I'd never tried before.

Stanford psychologist and leading researcher in the field of motivation, Carol Dweck, suggests that effort is a necessary part of a meaningful life:


"Effort is one of the things that gives meaning to life. Effort means you care about something, that something is important to you and you are willing to work for it. It would be an impoverished existence if you were not willing to value things and commit yourself to working toward them."

Hobbies which require more of my effort, focus, and engagement, which put me into a state of flow where I'm neither too challenged nor too bored, are not always the hobbies I do everyday. In fact, I more often achieve flow during activities that are new or slightly different than usual, activities that I know I can do but require a different sort of effort and focus.


So, if you want a change, consider looking at a different starting point:
Instead of beginning with a habit, begin with a hobby.

This piece originally appeared on the Flipd Blog, where experts share their productivity and balance tips and stories.