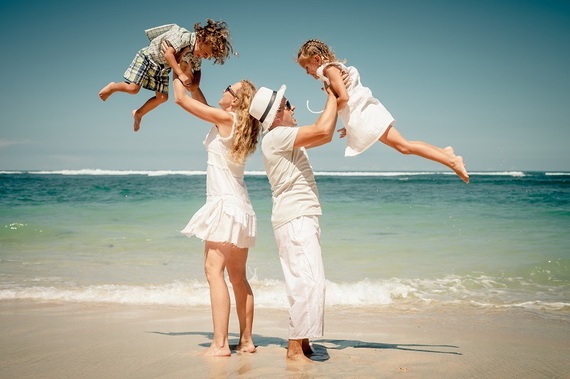 Most experts agree that the rest of 2015 won't break any new records, but it will continue to roll forward at a calmer pace than investors have seen over this past six-year bull market.

It is an excellent time to invest, but there are various factors affecting the markets, so you need to be selective when allocating your money. Listed below are a few factors that you should consider when investing this year.

Read: 31 Things to Know About Investing Your Money

As the economy improves, so are the chances that the Federal Reserve will end the era of low interest rates. Rate increases by the Fed can be good because they can signal that the economy is doing well. They can be bad, however, for investors with riskier assets like cheap stocks or investments that are sensitive to interest rate hikes, like U.S. real estate investment trusts and high-dividend-paying equities.

Bond investors are also at risk during a Fed rate hike because bonds are extremely sensitive to interest rates. For example, a one percent increase in interest rates could potentially cost you upwards of five percent in a bond fund. During rate hikes, bonds aren't considered a safe haven.

U.S. companies with the bulk of their business in the the U.S. will benefit from a strong dollar, whereas companies that export might suffer because goods become more expensive for foreign buyers.

Larry D. Zimpleman, CEO of Principal Financial Group, suggested in a Wall Street Journal post that investors consider mid-cap and smaller-cap companies because such businesses are likely to be domestically focused compared with larger-cap stocks that will likely have a greater portion of business overseas.

If you hold Greek banks or bonds or if you have mutual funds that hold either, they will likely weigh down your portfolio. There is some light at the end of the tunnel, however, because much of Europe is being brushed off by investors due to its eurozone connection with Greece.

The eurozone's gross domestic product rose 0.4 percent in the first quarter of 2015, compared to just 0.1 percent growth in the U.S. For example, Italian firms increased profits by 27 percent over the past 12 months, according to Bloomberg. Such an increase can suggest there is opportunity for investors to hold investments in strong European companies.

Related: Greece Default: 10 Things You Need to Know About the Greek Debt Crisis

Investments to Consider Holding for the Remainder of 2015

Right now is a good time to jump in because some investors are avoiding IBM due to concerns about revenue growth, which has declined for 13 consecutive quarters. Holder expects the stock to fluctuate but anticipates that the stock will turn around.

Investors can buy the stock; a mutual fund that holds IBM, such as Aberdeen Equity Long-Short I/S Fund (AELSX), which is shorting it; or a tech exchange-traded fund that has exposure to IBM, such as the Nasdaq Technology Dividend Index Fund (TDIV).

Daniel Beckerman, president of Beckerman Institutional in Oakhurst, N.J., favored Google (GOOG) for long-term investors. Google was up 20 percent year to date (as of July 30), and the stock soared in the middle of July after Google announced that earnings were substantially higher than expected.

"We remain bullish on Google," he said. "It is one of our biggest holdings. After their earnings release and large percentage gain, we did not sell a single share."

"I am encouraged to see better-than-expected growth in mobile search and YouTube traffic," said Beckerman. "Prior to the last couple of weeks, Google's stock has been stuck in a trading range (going nowhere for the past year and a half, in fact)."

Investors can buy the stock; a mutual fund that holds Google, such as American Funds New Economy R6 Fund (ANEFX); or a tech ETF that has exposure to Google, such as the Fidelity MSCI Information Technology Index ETF (FTEC).

"Commodities have been underperforming lately, so I believe that with rising interest rates, commodities are poised to outperform the rest of this year," said Robert R. Johnson, president and CEO of the American College of Financial Services.

Investors can invest in commodities by purchasing an ETF, such as iShares S&P GSCI Commodity-Indexed Trust (GSG).

You only need to do this once a year, so the end of the year is a great time to do so. You can see how your investments performed during the past year and where you should focus your attention in 2016.

Investors who have taxable accounts should look at their portfolios every December and see if there are any capital losses that might be realized. Selling losers and booking tax losses can help offset future tax liability created when you sell an investment at a gain.

Stick to Your Long-Term Plan

This strategy is one of the hardest parts of investing. It's difficult to stick to a long-term plan with markets fluctuating and geopolitical turmoil turning up every year, but you need to push through the noise.

As Warren Buffett famously wrote in a New York Times op-ed piece, "In the 20th century, the United States endured two world wars and other traumatic and expensive military conflicts; the Depression; a dozen or so recessions and financial panics; oil shocks; a flu epidemic; and the resignation of a disgraced president. Yet the Dow rose from 66 to 11,497."

Read: 13 Tips for Investing on a Budget

This article, Why You Should Invest at Least $5,000 Before 2016, originally appeared on GOBankingRates.com.