Imagine facing the prospect of going to jail for seven years and being ordered to pay $11 million in damages because you spoke out about slavery-like practices? Labour rights activist Andy Hall faces charges triggered by research he conducted that was published in a report by NGO Finnwatch. The report highlights allegations of worker abuse and slavery-like practices in the supply chain of Natural Fruit, a Thai company that processes pineapples and supplies retailers around the world.

The findings, based on a number of interviews with migrant workers at a Natural Fruit factory, allege a range of disturbing abuses including compulsory overtime, violent attacks from supervisors and unsafe working conditions, and where heatstroke and fainting were common among workers.

Instead of looking into the allegations, Natural Fruit targeted Andy. He was taken to court on charges of computer crime and criminal defamation. Last month one of these charges was dismissed, however Natural Fruit have three cases pending against him. If successful, Andy could be imprisoned and asked to pay a large fine.

In Andy's own words: 'This is about persecution. It's a political case to try and silence me... I'm someone that's revealing things that the government and the industry don't want me to reveal.'

Since 2014, the Walk Free community, alongside organizations around the world, have been keeping up the pressure on Natural Fruit to drop all charges against Andy Hall. We ask the company to thoroughly investigate and take action to ensure there is no modern slavery or exploitation in their business. Together, we have shone a spotlight on Andy's unjust treatment, however despite 209,589 actions taken by the Walk Free Movement, Natural Fruit refuse to drop any of the charges or look into these alleged labour abuses. That's why we now need to turn our attention to the Thai government. 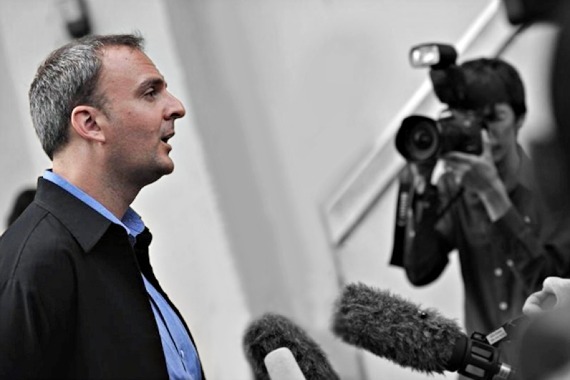 Our new campaign asks the Thai authorities to dismiss these charges, which patently violate free expression rights and undermine research into labour rights abuses by companies in Thailand. The authorities are already facing global scrutiny for not doing enough to protect workers from abuse -- the latest U.S. Trafficking in Persons report gives Thailand the lowest score for action to tackle trafficking.

The Global Slavery Index also reveals that there is an estimated 475,000 people living in modern slavery in Thailand. In the past year, the authorities have been accused of not doing enough to tackle modern slavery as reports have emerged from various quarters of the economy. Last June The Guardian exposed shocking cases of abuse on Thai fishing boats, followed this year by coverage of traffickers exploiting Burmese boat migrants found amongst mangrove swamps.

If this case proceeds, and Natural Fruit are successful, it would not only be a serious miscarriage of justice for Andy Hall but would set a dangerous precedent for other companies in Thailand that might take a similar approach when allegations are raised of modern slavery in their supply chains.

'This prosecution is all about gagging Andy Hall to deter serious reporting about alleged abuses against migrant workers, and about intimidating others who might look closely at Thailand's corporate supply chains,' claimed Brad Adams, Human Rights Watch Asia director.

This case would also not only threaten the work of anti-slavery campaigners but also workers in Thailand who might be too afraid to come forward and report abuse.

Please visit www.walkfree.org/andyhall and sign our campaign and add your voice to the thousands who are joining the call to end modern slavery.