Tunis, the capital of Tunisia, is burning. There are riots in the street in the tourist town of Hammamet. Police opened fire. Young demonstrators were killed. The president, Zine el-Abidine Ben Ali, said he would order the police not to fire live ammo. He vowed to stop censorship, cut prices of food staples, create jobs. He said he would serve his term until 2014 and then not run again. He axed his cabinet. Would the protests stop? Demonstrators defiantly held up signs that read, "Ben Ali, degage!" (Ben Ali, leave!) Ben Ali fled. In the middle of confusion and chaos, the Prime Minister, Mohamed Ghannouchi, took over power. "Ghannouchi, degage!" the demonstrators demanded, refusing the rule of someone closely associated with Ben Ali. Ghannouchi ceded authority to Foued Mebazaa, the speaker of the Parliament. Free elections will reportedly take place within 60 days.

So why in the world would you WANT to travel to Tunisia? Of course you'll want to wait until there is calm again, but you should definitely pencil in Tunisia in the future.

My husband Paul and I have been to Tunisia seven times. We lived there for six months while we shot and edited two films. It is one of my favorite places in the world because the people are so open, informed, warm, expressive and... well... familiar. I never felt that they were different from me. I was never aware of their "otherness," whether I was in exotic desert climes with cave dwellers or involved in artistic collaboration with artists and musicians. 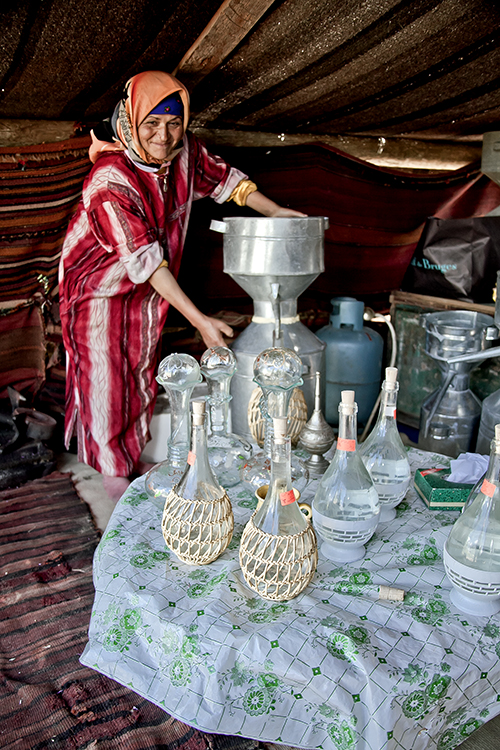 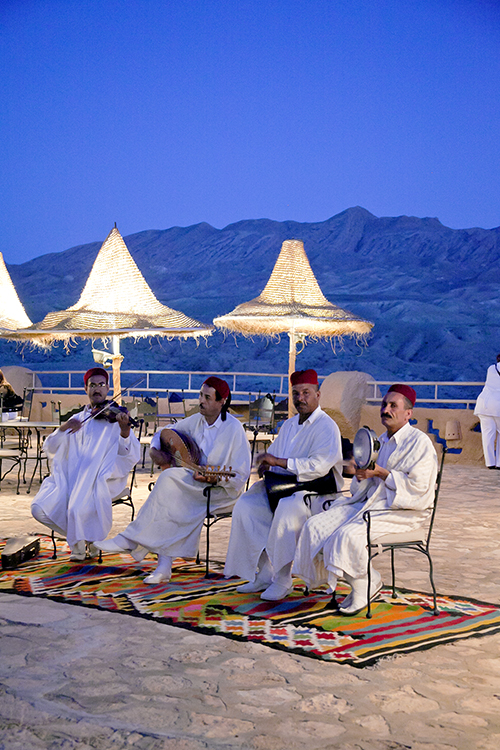 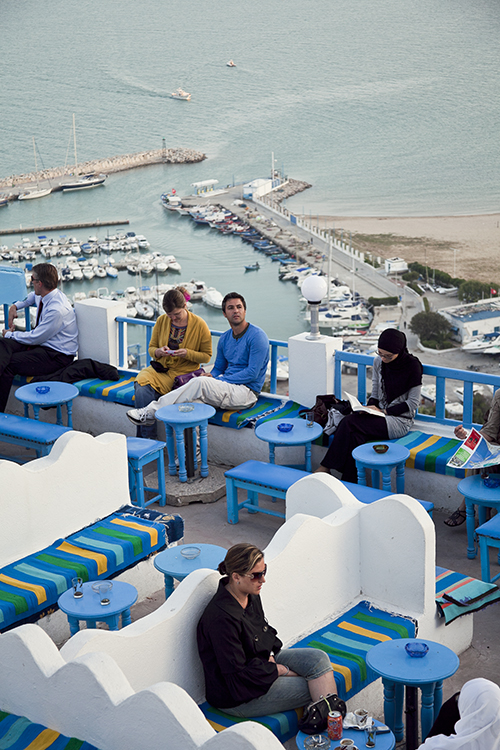 What is going on in Tunisia is not some revolt staged by fringe loonies. It has nothing to do with fundamentalism or hatred of the West. This is about people saying "enough." It is a revolution against injustice and tyranny. Tunisians got sick of repression and reprisals and censorship. They refused to accept any longer that the reigning family lives in opulence while they are squeaking by. They are tired of having no work, rising prices, and being held back and held down. Americans -- who staged a revolution against the British, who refused to accept tyranny -- should certainly understand this. Tunisians want and deserve to be free.

Since the reign of the father of the country -- Habib Bourguiba, who moved Tunisia into the modern age, supported education and women's rights -- Tunisia has made startling advances. Women are airplane pilots and doctors. There are birth control clinics. Internet buses bring technology to remote areas. The government -- up until today -- has supported the rights of the ancient Jewish community. 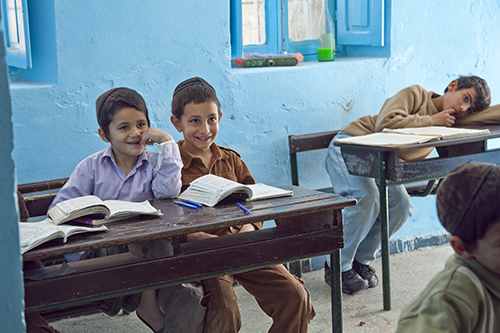 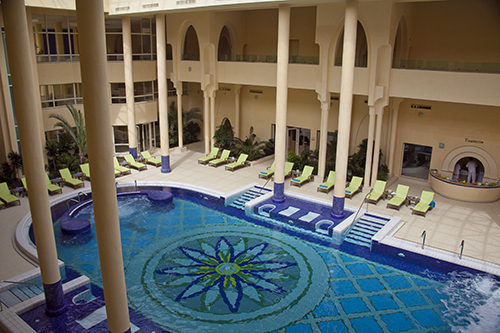 Thalassotherapy spas are among the best in the world. Spectacular Numidian, Carthaginian, Roman, Byzantine, Ottoman and French ruins and sites appeal to the most sophisticated travelers. 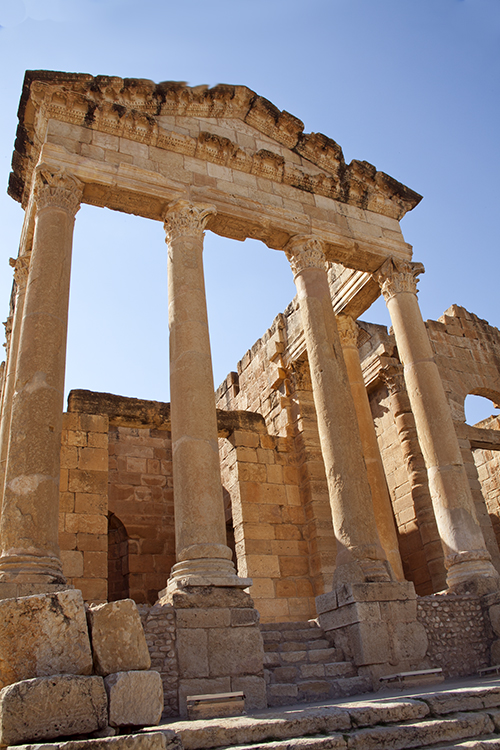 There are music festivals -- from Western classical to Oriental classical; from jazz to cutting-edge rap, rock and everything in between. In the desert, the Bedouins lead camel rides, display dazzling horsemanship and the stars are within reach at night.

The Tunisian people are gentle and non-violent. Which is why this revolution is so significant. It does not come from a gun-toting, rage-filled, hostile, uneducated, irrational population. It is humans pushed to the limit of what they were willing to bear. It is young people, who have faced bullets with courage and dignity, willing to die for what they believe in. Their death is unforgivable, but it has not been in vain: they have changed the course of history in their country. Tunisia's first independence in modern times was from the French (1956). This second independence was wrested from a corrupt leadership.

I am glued to my computer, anxiously waiting for and reading emails from Tunisians. It sounds like even those who work for the government are appalled at the deaths. They are horrified that their beloved capitol is burning and stores on the main street of Tunis are being set on fire because they belong to those in power. They are frightened, because they have such an unknown future right now. Because there is a curfew, property damage, terrible uncertainty about the economy and what will happen next. Two of the emails I got ended the same way: Vive Tunisia! Vive la Liberte! There was exuberance, joy, a feeling of freedom and freedom of expression that many of them have never known. A third email quoted a line from the Tunisian national anthem, written by Aboul-Qacem Echebbi: " Lorsqu'un jour le peuple veut la vie, force est au destin d'obtempérer, force est aux ténèbres de s'évanouir, et force est aux chaînes de se briser" (When a people aspire to live, destiny is doomed to comply, darkness is forced to dissipate and chains are forced to break loose.) No words could be more appropriate right now.

Despotic rulers in other countries must be quaking in their boots. If it can happen in Tunisia, it can happen anywhere. Tyrants, beware. The chains will break lose.

You certainly do not want to book a trip to Tunisia today or tomorrow. But soon, when order is restored, you will want to visit this remarkable country with its caring, concerned, brave and freedom-loving people. 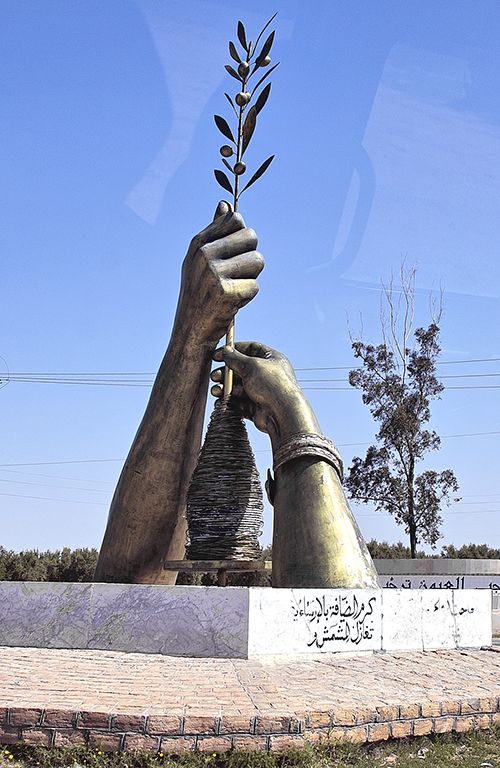 Judith Fein is an award-winning travel journalist who has contributed to more than 90 publications. She is the author of Life Is A Trip: The Transformative Magic of Travel, travel editor of Spirituality and Health Magazine and the San Diego Jewish Journal, and editor/co-founder of www.YourLifeisaTrip.com