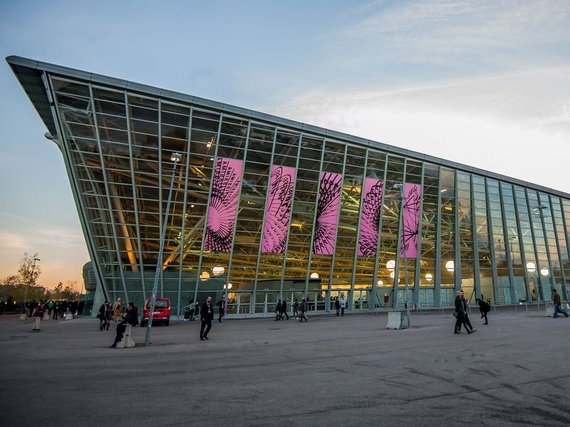 Turin has long been synonymous, for better or for worse, with Fiat -- and as the home to the car manufacturer since the early 1900s, the northern Italian city has held the ignominious rap as the Detroit of Italy. But no more: the Fiat factory has driven off, leaving behind an elegant city filled with beautiful baroque churches and palazzi, 11 miles of porticos and a vibrant cultural scene -- not to mention great food and some of the best wines in the world. Here's why it's worth a detour.

Described by Le Corbusier as the city "with the most beautiful natural location" and often referred to as "little Paris," Turin's regal elegance and perfect position at the feet of the Italian Alps are pretty hard to beat. Its stunning palazzi still retain the grandeur of the city's royal past, when the House of Savoy ruled and Victor Emmanuel II became the first king of Italy (little known fact: Turin was Italy's first capital). Don't miss the royal palaces of Stupinigi and Venaria, slightly outside of the city center. They're both reminiscent of Versailles, if not as over the top. And as you roam around, you'll discover the city's many piazze, from the vast Piazza Vittorio Veneto flanking the river Po to the more intimate Piazzetta Santa Teresa and Piazza della Consolata, where you can mingle with the locals and sip an espresso or bicerin (espresso with chocolate) at one of the city's many historical cafes.

Forget caprese. Turin is known for hearty dishes like agnolotti (meat ravioli) and brasato al Barolo (Barolo-braised beef) that borrow more from French cuisine than Mediterranean. The food here is consistently good--from the small, traditional trattorie to trendier, modern restaurants in the hot neighborhoods of San Salvario and Quadrilatero Romano. Scannabue and Tre Galli dish out delicious modern versions of local staples like tajarin (thin, flat egg noodles) and tagliata di vitella fassona (grilled local veal) ,while two-Michelin-starred Combal Zero in Rivoli is known for the mad-scientist creativity of its chef, Davide Scabin. No matter where you eat, make sure you drink some of the amazing local wines. In addition to the formidable trifecta of Barolo, Barbaresco, and Barbera, seek out more obscure varietals like Ruché or Erbaluce di Caluso. If you have a little more time, a trip to the Langhe wine country is worth the hour-long car ride. You can do some serious wine sipping surrounded by picturesque vineyards.

3. YOU CAN VISIT UNDER-THE-RADAR (BUT WORLD-CLASS) MUSEUMS

Incongruous as it might seem, Turin is home to the world's second-most important Egyptian Museum, after the one in Cairo. The connection between the city and Egypt dates back to the Savoy era, when King Charles Emmanuel acquired several hundred remains that became the foundation for the current collection of more than 30,000 pieces. Recently remodeled, the museum's sleek, modern design is in stark contrast with its baroque palace setting and the stunning Egyptians artifacts. Make sure to visit the Galleria dei Sarcofagi (Sarcophagus Gallery) to see some of the best preserved Egyptian tombs.

More unconventional is the National Museum of Cinema, which is housed in the Mole Antonelliana -- a tall, unusual building that has become the symbol of Turin with its neoclassical square base topped by an oddly shaped cupola whose tip reaches for the sky. It's a small but well-organized collection that traces the history of cinema, from photography to the beginning of cinematography in the 1890s, and has cool props and period photos of some of Italy's iconic neo-realism movies and beyond. Take a stroll through the museum, and then catch the glass elevator to the top of the Mole for stunning city and mountain views. Need a snack? There's an Eataly branch on the first floor.

Try to plan a visit to Turin in the fall, when the city fully displays its charms. The cooler temperatures suit the rich cuisine, it's white truffle and porcini season (nearby Alba is the white truffle capital of the world), and the international modern art exhibition Artissima takes place every year at the beginning of November. The show focuses on cutting-edge visual art and features the work of artists from more than 30 countries. Last year, its centerpiece was a provocative installation curated by Maurizio Cattelan, a sui generis homage to Turin, which grotesquely portrayed (and often mocked) many of the city's well-known personalities.During the same period, you can also visit the alt response to Artissima, Paratissima, which features modern art works by emerging international talent, curated in sometimes unorthodox ways into exhibits around town. For several years, the store fronts and design studios of the San Salvario neighborhood became galleries showcasing industrial design work, and even the nearby Porta Nuova train station was transformed into an exhibit space.

5. THE CHOCOLATE WILL CHANGE YOUR LIFE

If you love chocolate, then you can skip reasons 1-4. Liquid, solid or spreadable, chocolate here is a way of life--and it's unbelievably good. This is the city that produced the drool-worthy mix of milk chocolate and hazelnuts called gianduja, which inspired everyone's favorite spreadable snack (yes, we're talking about Nutella). The giandujotto--a rich, supple gianduja truffle shaped in the form of an upturned boat--is the city's sweet symbol. There are many chocolatiers who are rediscovering artisanal techniques or infusing new flavors into traditional chocolates. A standout is Guido Gobino, whose handmade giandujotti have a devoted following. A trip to Turin wouldn't be complete without sipping bicerin at Caffé Al Bicerin in Piazza della Consolata. A hot chocolate on steroids, bicerin mixes chocolate, espresso and heavy cream or milk--just the energy boost you'll need after a day about town.