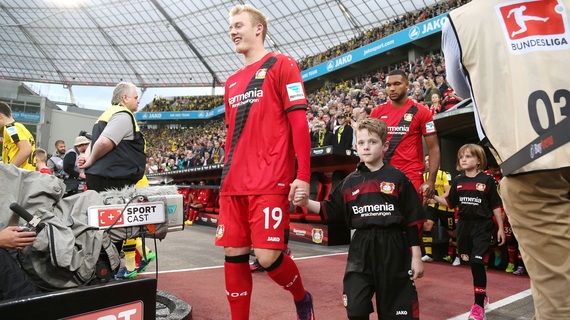 Over the years, we have seen some huge names come through the game of football from a young age to become international stars. However, we have also seen many young players, that were full of promise, simply fade away and not live up to expectations. Normally, this can be for a number of reasons including injuries, lack of playing time, or even a lack of commitment to progress. With this being said, it is also important to note just how vital transfers can be in terms of career progression for football players.

In the US, we saw one of the brightest young talents in world football in Freddy Adu. For a number of years, the world expected this wonderkid to produce only to find that he would never really make his mark. After exciting crowds back in 2004-2006 with D.C. United, he is now at his thirteenth club in just over ten years. Therefore, we can say that player transfers are important to progression but what is it that players look for?

In the last couple of years, Bayer 04 have been making waves in Germany for their young squad and a lot of focus has been on their youth system and how they are producing high-quality talent from a young age. However, it is also important to note that they are attracting the young generation of stars from other clubs too. For example, 2014 saw the addition of Julian Brandt from VfL Wolfsburg whilst, just two years later, another hot prospect joined the club from 1899 Hoffenheim in Kevin Volland.

Recently, I got the chance to speak to both of these young talents and find out exactly what attracted them to Bayer 04 as well as asking them a few questions about their successful season last year and what can be achieved in the future.

Kevin Volland - As mentioned previously, Kevin Volland joined last summer from 1899 Hoffenheim and has now signed a long-term contract. At the age of 24, Volland has attracted much attention in recent times having represented Germany at every youth level since the Under-17's and now has ten caps for the senior team. As a winger and striker, he is proving to be an excellent addition to the squad as he can play anywhere in the front four which allows for a perfect fit with the likes of Javier Hernandez.

After being signed, Volland said that it was an "honour to be recognised" and also noted that "youth was very important for the squad I was going to join". Furthermore, he added "Bayer 04 is an excellent club, it is well led, and it is more advanced than my previous clubs. After playing many games for Hoffenheim, I was sad to leave but I appreciate the youth and professionalism here in Leverkusen."

After also revealing that he was having "fun" playing for Bayer 04, he told me that he has been keeping an eye on the growth of US sports in recent times. With the MLS on the rise, he said how it was good to watch because the fans are passionate about the game which is something also seen in Germany. 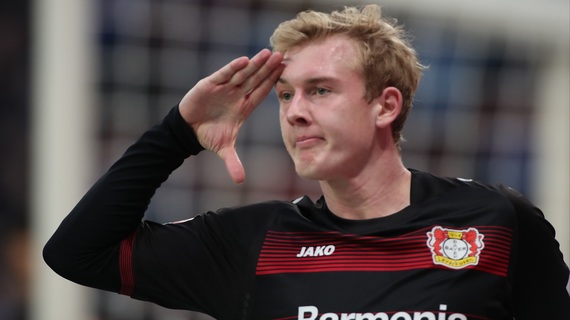 Julian Brandt - A little younger than Volland, Julian Brandt is still only 20 years old and joined Bayer 04 back in 2014 from VfL Wolfsburg. Again, Brandt has had a huge impact at the international level playing from the Under-15's all the way up to the senior level where he now has four caps; in addition to this, he was even included in the 2016 Olympic squad.

"Although some might say that we lack experience, we are a young team moving forward together and we have the hunger to do well in every single game we play. With the trainer that joined a little bit before I did, we have a style that suits younger players."

Furthermore, he was quick to note on the removal of media attention in Leverkusen which meant that the whole team could "play freely with the sense of enjoyment that got us all interested in football in the first place". Currently, Brandt said that he was very happy at Bayer 04 because he knows that there is going to be a chance for him to get game time and improve his football. In other countries, he noted how this may have proven to be a bit of a challenge.

After speaking to these two young talents, it is clear to see that there is a special feel around Bayer 04 at the moment. When speaking, they looked as though they really were enjoying being a part of this young team; surely this is the perfect environment for young players to succeed? When there is pressure, players cannot perform to the best of their ability and then they get taken out of the team. When this happens, they lose confidence sitting on the sidelines for weeks before they get another chance and the same thing happens again.

With the history, the youth system, the trainers, and everything about the club, young players are seeing a move to Leverkusen as a huge step up whilst still having the chance to impress regularly in the starting line-up which is proving to be an essential balance for young players. Over the next few years, it will be interesting to see how these two players progress at both club and international level. As long as they are allowed to keep playing with other young players and without pressure, you can be sure that they have the best possible chance of success!