It seems popular these days to read headlines such as, "10 Things I Would Tell My 20-Year-Old-Self." Or, "5 Words of Advice I Wish I'd Followed In My Youth." When I read these articles, I can almost hear my younger self: "please, please STFU. Can't you just simply love me?"

In my thirties, I became a mother. And motherhood swallowed me whole.

I was a good young mother. A good enough mother. I don't think for one second that I was better than any other mother, but I worked hard at motherhood. I gave it my all.

I loved having young children in the house. I loved having my heart pried open by the sight of small, precious hands and the depth of wide, innocent eyes. Some days, it was just a lot of hard work, but mostly, it was a blissful time. My happiest years, when everything, for the first time, felt so right.

In fact, it all felt so right, that I think I decided, on some unconscious level, that everything before, including my younger self, must have somehow been wrong.

So, I left that part of me behind. I ditched her. I pushed her underground. I lost her. I think a lot of us do.

She hadn't understood anything, after all. She sweated the small stuff. She didn't have her priorities straight. She didn't know to enjoy the little things. She actually cared what other people thought of her. How silly she was! How foolish and shallow she had been.

But, as my kids grew up, and prepared to leave the nest, my younger self seemed to resurface with a vengeance.

Once, when I was cleaning out a closet, I stumbled upon my college degrees and suddenly found myself in a rage, waving my diplomas in the air like a wild woman, and shouting, "I HAVE my Masters degree!" Some days, I would find myself lounging on the sofa, eating greasy potato chips and flipping through magazines, just like it was 1982.

For a while, I struggled. Hadn't I gotten myself all together in my 30s and 40s and left my foolishness behind? Was I going crazy? Was it all just hormonal? Was I having a midlife crisis?

Eventually, I realized, that in some strange way, I was making peace with my past. I realized that my younger self, like most all of our young selves, had actually kicked ass. I realized that in the midst of all of her flaws and lack of wisdom, she got me here.

I realized that making peace with our past, with our crazy younger selves, works so much better than beating up on them or giving them advice. It makes us whole. It allows us to move forward and to age with gratitude and tolerance for ourselves and for others.

I think my 20-year-self wants to write an article. I'm not yet sure what all she has to say, but I think I know her title: "10 Reasons Your 20-Year-Old Self Wants You To STFU." 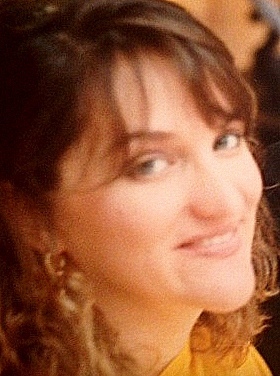