A Wiccan professor has sued her employer, a Catholic university in western New York state, alleging that it discriminated against her because of her faith and gender.

Pauline Hoffmann, former dean of St. Bonaventure University’s Jandoli School of Communication, contends that the university pressured her into accepting a demotion.

Now an associate professor at the same school, Hoffmann filed her federal lawsuit last month in the Western District of New York, seeking to get her old job back, as well as lost pay and unspecified damages.

Hoffmann, 49, told HuffPost that she believes the school’s treatment of her may stem from “a fear of the unknown.”

“Wiccan isn’t a ‘mainstream’ religion like Judaism,” she wrote in an email. “I think there are many stereotypes surrounding it that are grossly inaccurate.”

Wicca, one of many branches of modern-day Paganism, is an earth-based spiritual practice. Hoffmann, a St. Bonaventure alumna, told WIVB 4 that she first learned about the tradition in college and was drawn to its focus on nature.

Hoffmann told HuffPost she started working as an assistant tenure-track professor at St. Bonaventure in 2006. (The school said she “began teaching” there in 2005.) She said that she identified as Wiccan at the time, but that her faith wasn’t discussed during the interview process.

Hoffmann claims her faith became an issue for the school in the fall of 2011 when she agreed to appear on the university’s student television channel to offer a witch’s perspective on Halloween. She was an assistant professor and the interim dean around that time, WIVB 4 reports, and seeking the permanent position as dean.

“They kind of hemmed and hawed, and they had told me that one of the issues that they were having is that I’m Wiccan and that that might be a problem,” Hoffmann told WIVB 4.

The following May, the school’s then-provost, Michael J. Fischer, demanded that she sign a document promising to uphold the school’s Catholic values, according to the lawsuit.

Hoffmann’s suit says she asked Fischer, “If I were Jewish, would I have to sign this?” And Fischer allegedly replied, “If you were Jewish, then I guess not.”

The lawsuit also alleges that Fischer told Hoffmann, “You might not want to be so overt about being a witch if you want to move up.”

Hoffmann ultimately got the permanent job in May 2012, but the lawsuit alleges that she was given a two-year contract, while other deans at the time, who were all male, had three-year contracts and higher salaries.

She told The Buffalo News that she was deeply upset by the school’s treatment. “I was angry but also confused and hurt,” she said. “It was like someone telling you, ‘Don’t be you.’”

Hoffmann contends she was subsequently pressured to resign as dean of the school of communication. She stepped down from that post in January 2018, which she said resulted in a significant pay cut. The professor also claims she was unfairly passed over for a promotion to provost.

“I felt pressured to be quiet about being Wiccan,” she told WIVB 4. “And after a certain point, I did just feel the pressure that, OK, they clearly don’t want me in this job and it almost wasn’t worth it for me. It was emotionally and physically taxing for me.”

In February, Hoffmann filed a complaint with the Equal Employment Opportunity Commission, which subsequently sent her a “right to sue” letter.

St. Bonaventure University’s chief communications officer, Thomas Missel, told HuffPost that the school would not be commenting on the case “since this is both a personnel and legal matter.”

This story has been updated with a response from St. Bonaventure. 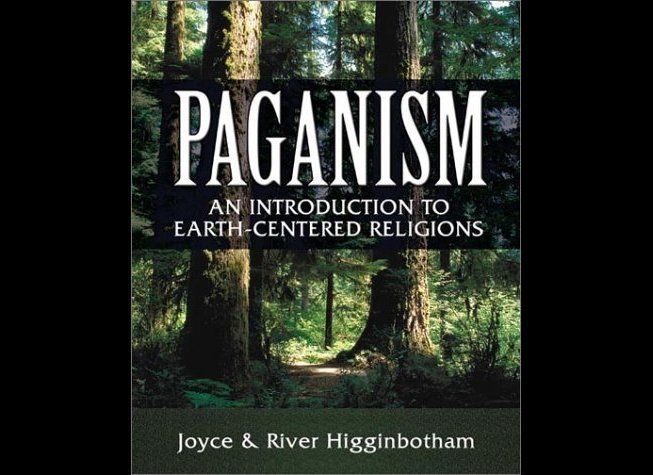 1 / 29
Paganism: An Introduction to Earth-Centered Religions
By Joyce and River Higginbotham Introductory / Witchcraft 101 "A comprehensive guide to a growing religious movement. If you want to study Paganism in more detail, this book is the place to start. Based on a course in Paganism that the authors have taught for more than a decade, it is full of exercises, meditations, and discussion questions for group or individual study. This book presents the basic fundamentals of Paganism. It explores what Pagans are like; how the Pagan sacred year is arranged; what Pagans do in ritual; what magick is; and what Pagans believe about God, worship, human nature, and ethics. ·For those who are exploring their own spirituality, or who want a good book to give to non-Pagan family and friends ·A hands-on learning tool with magickal workings, meditations, discussion questions, and journal exercises ·Offers in-depth discussion of ethics and magick"