Last week I attended The Social Good Summit, held in New York to coincide with the United Nations General Assembly. It was jointly hosted by Mashable, the UN Foundation, and 92nd Street Y, and was sponsored by Ericsson. Many media notables, world leaders, Nobel Prize Laureates, activists, U.S. government officials, movie stars, business leaders, bloggers, and journalists joined in on conversations on the most important and crucial, global issues.

Noticeably, the conversations led to Africa and ultimately the focus was on the needs of women and girls. From Dr. Muhammad Yunus, founder of the Grameen Bank, to Archbishop Desmond Tutu and Mary Robinson of the Elders, each spoke of the need to appeal to religious and political leaders -- for better education, to raise the status of women, to save lives during pregnancy and childbirth -- just a few of the issues facing women. 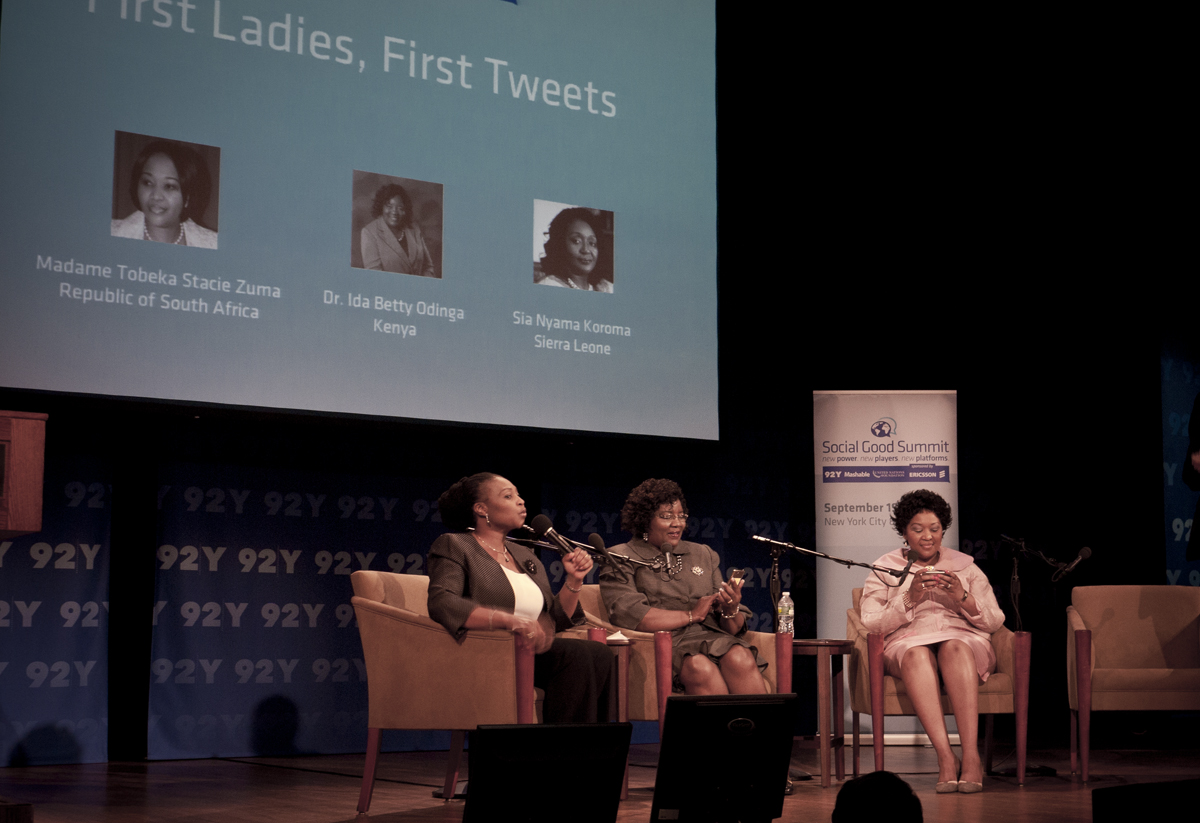 While it was promising to hear that women were finally at the forefront of global discussions, I was disappointed to not hear any mention of Uyghur women and children living in far western Xinjiang Province, China. Their traditions and customs are on the brink of extinction since Kashgar, the historic Silk Road city on the main trade route linking China and Europe, has been designated as "a special economic zone." 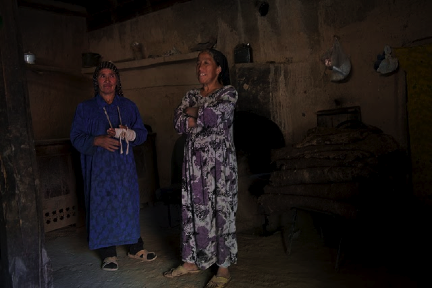 Women like Shadebeth: seen here in the blue dress, she lives in an old-style mud house, traditional for centuries in Xinjiang and once hailed as the best surviving example of Central Asian Architecture. She lives in Beshkeiram, a quaint village 11km from Kashgar. Her mud home is rare today, as almost all the houses are quickly being converted to brick walls on a government order. In 2008 the government bulldozed most of Kashgar's old city, destroying 80 percent of the mud-brick houses to build "earthquake-resistant housing".

As I travel around Xinjiang working on my Peace Caravan project, I have observed that culture survives with the women. Because the woman's role as the central pillar, her family flourishes around her as the epicenter. In a traditional Uyghur household, the marriages are arranged with the bride and groom's consent to their parent's choice. The just-married young bride moves into her husband's home to begin the process of learning how to be an Ayalim -- meaning wife in the Uyghur language. She will develop the style of cooking of her mother-in-law, learning the foods her husband likes to eat. After a few years of living with the man's family, the young couple may move into their own home, built on a portion of the family's ancestral property.

I met Shadebeth when I visited her mud-style home and was saddened by her tragic story of loneliness. She tells me, with tears flowing, that she has no children. That her life is very difficult since her husband has left her to live with his son from his first wife. Shadebeth has no one to turn to besides her close friend and neighbors. This extended family is common to the Uyghur villagers. 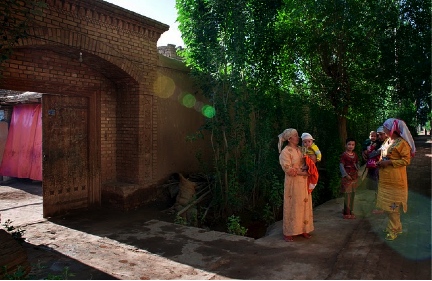 The family gathers outside their home on the poplar-lined street. The traditional carved wooden doors mark the walled entrance to the inner courtyard of the typical brick house. As is fashionable, the entire family is color-coordinated to match the mother's clothing. 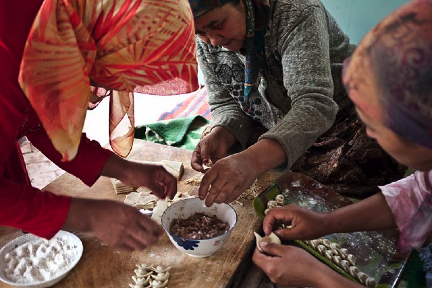 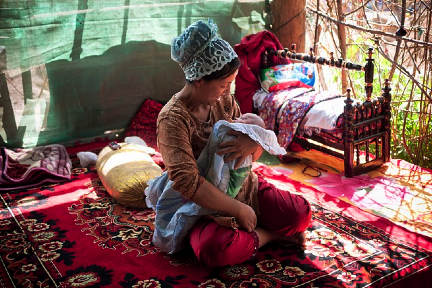 6 million Uyghurs live in Xinjiang Province today, comprising 47% of the population. Unlike the city-dwelling Han Chinese who are by law restricted to one child, it's common for Uyghurs to have five to six children. Primarily farmers, the children will eventually help with the multitude of chores in the home and on the farm.

Images and text by Marla Mossman