My wife and I began our relationship as any two relatively awesome people do. We were friends for a while, long distance. Then we met and got into a relationship, and had some awesome sex. Pretty much every day. We got married and this sex continued. 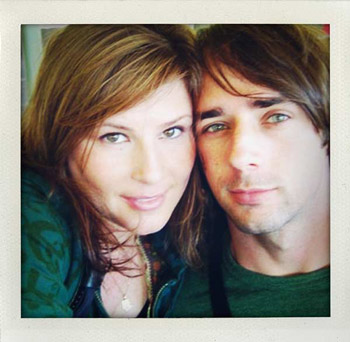 As an aside, know this: 1. My wife loves me very much, and I, her. 2. I'll try to be the least pornographic I can in writing this post. But that will be hard. Wait. There's probably a pun in there...

HER EGGO WAS PREGGO
Then, my wife got pregnant as the result of this awesome, great sex. I definitely had my "I don't want to bruise the baby" thinking cap and underwear on, which probably contributed to sex falling off the to-do list of our lives. We were all about the baby and our sex lives were made even more unavailable by my booking lots of work as an actor that year. I worked my ass off.

We tried to be intimate and physical but it wasn't the same. Simultaneously, I was feeling like the most masculine guy I've ever been. I impregnated a woman. I am man. Boom. 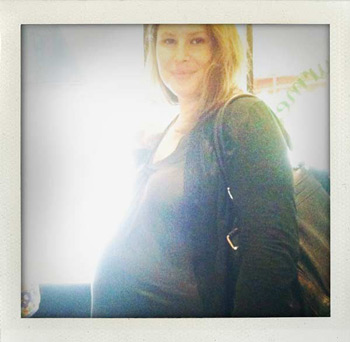 Stop picturing us having sex, you!

And she was even more beautiful to me, so it was difficult keeping my hands to myself. Pregnant women don't glow. They radiate, like stellar objects. There was definitely a trimester where things picked up, but things always felt really tentative and a bit disconnected. To be honest, I think we were both so excited about our future son, that our future and present sex took the hit, falling victim to our best laid plans. I really have to stop with the entendres.

AFTER THE FLOOD
After Finn's birth, I gave my wife and her lady parts the time they needed to recover from their natural delivery before diving back into things. You know, two days. Joking.

I knew it was probably smarter to let her come to me and ensure she felt better about her recovery. But that's where it got funny. She didn't. I could tell that the pregnancy/birth experience was one of those "this changes everything" deals. So, we carried on. She tried her best to breastfeed and stay awake, and I just kept eating. All the time.

I gained a total of 30-40 pounds from the beginning of her pregnancy to Finn's first three months of life. I wasn't looking my sportiest, manliest best, whatever. And this won't sound good, writing it now, but I was transforming into a woman: soft and curvy.

WORK IT OUT
So, as I stated in "Pregnancy Weight Is Ugly", I worked my butt off again, but literally. I quit sugar, dieted, and worked out again. I tried to shove my physical life back into this new fathering life and it was hell. I would workout at home in front of Finn in his little swing contraption. I took him on hikes. I went to the gym sparingly and without any sleep. The worst part was: when you don't sleep, your body doesn't change as fast. Thus, it took double the work. Little known fact. 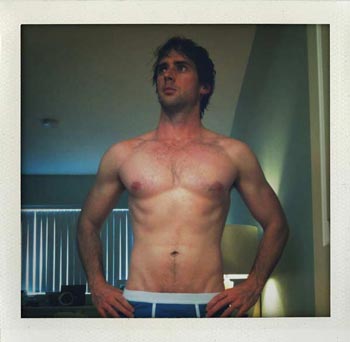 I texted this image to my wife while prepping to audition for the new Superman movie that's coming out. It worked like kryptonite.

I worked for hours and days on my body to get fit, mostly for myself and my career, but I'd be lying if I said those were the only reasons. I really wanted to do it so my wife would find me attractive enough to want to have constant, ridiculous, while-Finn-was-asleep-in-the-other-room monkey sex with me.

But I didn't get that.

I mean we had sex, and it happened more often, I guess. But the change was even more evident. Maybe my awesome foreplay needed help... Walking around bottomless in our room used to do it, but it barely raised an eyebrow now. My patented phrase "Jump On It" didn't seem to fire things up anymore, either. Doing naked jumping jacks? No dice. Maybe it was the fact that sex meant something else now, it meant a means to a painful end. Childbirth.

So, now I don't know what to do. I love my wife. I just want her to rock my socks off a little more, ya know? I want her to know how cared for and passionately I feel about her. Can someone email her about this post and tell her I'm ready for her? Anytime. Any place. Thanks.

This post originally appeared on HowToBeADad.com. Find out more about the site and connect with us on Facebook.