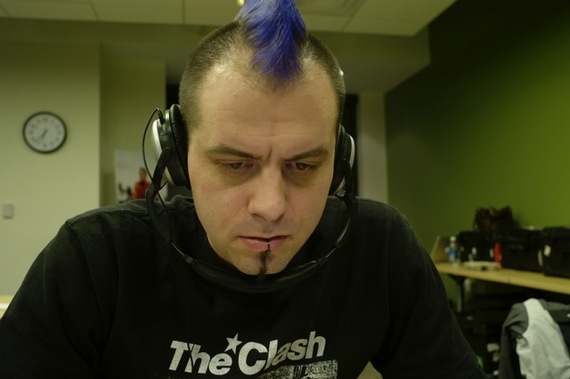 Journalism is in trouble.

The highly respected Poynter Institute, a center for journalism, recently listed newspaper reporter as the 'worst job' in 2013.

When I graduated from Columbia University's Graduate School of Journalism in 1983, it was a very different world. Today, there is no future in journalism. At least not in the kind of journalism we have been accustomed to for the past 200 years or so.

Numerous articles and seminars and studies have all been grappling with 'how to save journalism'. They generally end up hoping for some non-profit model. This is a bad idea.

Let me then suggest something radically different, and, I think, a good deal more profitable.

They all have valuations in the billions.

And although they cover a wide range of topics, from chat to hotels, they all have one thing in common.

They are all 100% User Generated Content. That is, all of their content is contributed, at no cost, by 'regular people.' Crowd sourced.

And it's not like their content is not dependable. It is. Far more dependable, it would seem, than the 'old school' way of gathering dependable content - paying people to do it.

This would seem to be a pretty clear roadmap to any conventionally based content business that was in trouble. And it seems to work very well.

There is perhaps no content-based business that is in greater trouble than the news business. It's no news (so to speak) to say that newspapers are dying. The web has pretty much killed them off. And as the web moves more and more to video, it's a good bet that television news will not be far behind.

Yet, if we are to continue to function as a vibrant democracy, a solid base of journalism is essential to a well-informed public. But if the conventional news business is in trouble, who is going to provide that much-needed information?

Looking at the architecture of the web, and what seems to work best, I would say a very good guess on how to save journalism would be - crowd sourcing.

TODAY, WE ARE ALL JOURNALISTS

I would start to write 'in the future, we will all be journalists', but that would be wrong because we are all journalists already. That is, we all, (or most of us at any rate) now spend a fair proportion of our days gathering, processing and publishing information. And is this not what a 'journalist' does?

Last year, the Pew Research Center announced that fully one third of all Americans under the age of 30 get their news from social media sources such as Facebook and Twitter, far surpassing their consumption of newspapers.

So we are all, more or less, journalists now.

But is this 'crowdsourced' content believable? Are we getting accurate information from each other?

Perhaps the most successful (and quantifiably measurable) crowd-sourced information base that must be accurate is Wikipedia. Let's compare Wikipedia (crowd sourced) to The Encyclopedia Britannica (expert written).

In numerous studies for accuracy, Wikipedia was found to be as accurate as the Encyclopedia Britannica, and of course, far more up to date. It also covered many more topics. Today Wikipedia has more than 19 million articles and is published in an astonishing 280 languages. The Encyclopedia Britannica, for all its 32 volumes had only 40,000 articles.

Now, let us draw the obvious analogy. Newspapers today (and television news) are very much produced as was the Encyclopedia Britannica - by a small group of editors and expert contributors.

The Encyclopedia Britannica, you will note, stopped publishing in 2010. Newspapers, no doubt, will not be far behind.

What is missing, however, is a kind of Wikijournalism.

And why not? With more than 1.4 billion smart phones in circulation around the world (all capable of creating text, video, stills and uploading them in an instant) - and in the hands of people who are actually experiencing the 'news' as it happens - is this not a better source for a 'newspaper' or TV news show - a wiki - than what we currently have? And does not news change even faster than the contents of an encyclopedia?