On Sunday evening, WikiLeaks reported that it is publishing over 5 million emails from between 2004 and 2011 from the intelligence company Stratfor. The emails are part of what WikiLeaks calls "The Global Intelligence Files."

Stratfor is an Austin, Texas-based geopolitical risk analysis company that has been called a "shadow CIA." Last December, Stratfor confirmed that email addresses had been stolen from the firm's database.

WikiLeaks' press release outlines what it claims to glean from the information:

[The files] reveal the inner workings of a company that fronts as an intelligence publisher, but provides confidential intelligence services to large corporations, such as Bhopal’s Dow Chemical Co., Lockheed Martin, Northrop Grumman, Raytheon and government agencies, including the US Department of Homeland Security, the US Marines and the US Defense Intelligence Agency. The emails show Stratfor’s web of informers, pay-off structure, payment-laundering techniques and psychological methods.

Additionally, according to WikiLeaks, the files purportedly contain "information about the US government's attacks against Julian Assange and WikiLeaks and Stratfor’s own attempts to subvert WikiLeaks."

Stratfor describes itself as a subscription-based provider of geopolitical analysis with an intelligence-based approach to gathering information.

WikiLeaks' founder, Julian Assange told Reuters: "Here we have a private intelligence firm, relying on informants from the US government, foreign intelligence agencies with questionable reputations, and journalists."

"What is of grave concern is that the targets of this scrutiny are, among others, activist organisations fighting for a just cause."

Stratfor's chief executive officer and founder, George Friedman warned on Jan. 11 that emails had been stolen but said the thieves would be hard pressed to find anything significant.

"God knows what a hundred employees writing endless emails might say that is embarrassing, stupid or subject to misinterpretation... As they search our emails for signs of a vast conspiracy, they will be disappointed."

The source of the emails was not disclosed, but the publication follows the hacking of the company's computer servers last December by individuals claiming to be linked to the Anonymous cyber-activist group.

After Stratfor's computers were hacked into at least twice last December, the credit card details of more than 30,000 subscribers to Stratfor publications were posted on the Internet, including those of former US secretary of state Henry Kissinger and vice president Dan Quayle.

An FBI investigation is already underway into the hack last December. Friedman said his staff were cooperating with the FBI in the investigation.

"Of course we have relationships with people in the U.S. and other governments and obviously we know people in corporations, and that will be discovered in the emails. But that's our job.

"We are what we said we were: an organization that generates its revenues through geopolitical analysis. At the core of our business, we objectively acquire, organize, analyze and distribute information."

WikiLeaks released secret video footage and thousands of U.S. diplomatic cables about the wars in Iraq and Afghanistan in 2010, infuriating the U.S. government.

Australian-born Assange, 40, is currently under house arrest in Britian and fighting extradition to Sweden for questioning over alleged sex crimes. (Reporting by Stephen Grey; editing by Philippa Fletcher)

WikiLeaks: Stratfor Confidential Emails To Be Published By The Millions
Wikileaks On World Leaders 2 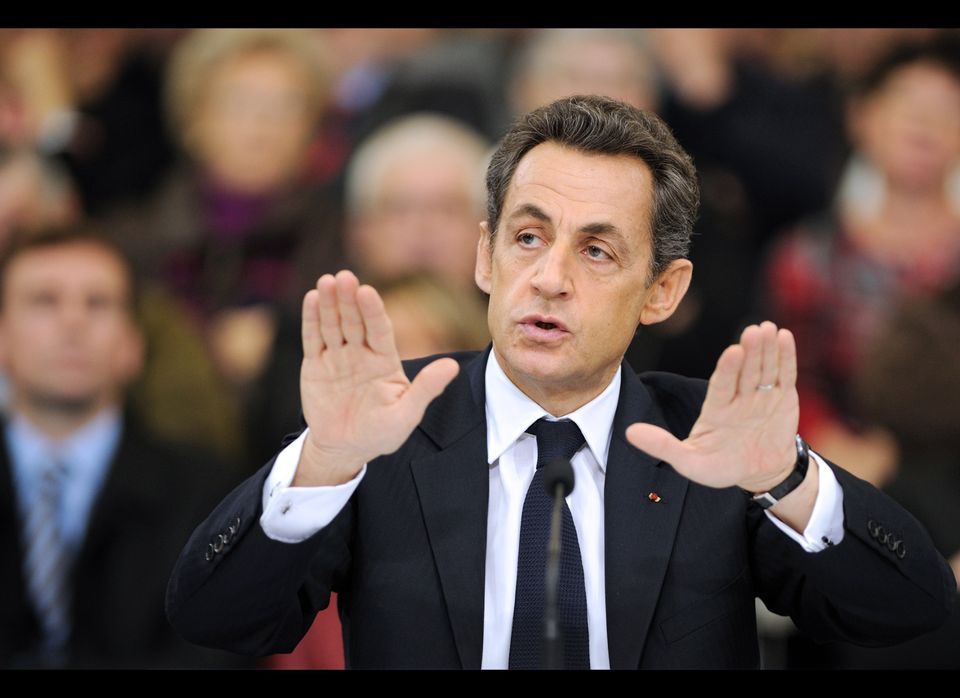 1 / 13
French President Nicolas Sarkozy
The <em>Herald Sun</em><a href="http://www.heraldsun.com.au/news/world/australian-federal-police-to-investigate-wikileaks-cablegate/story-e6frf7lf-1225962895317" target="_hplink"> reports</a> that Sarkozy was mocked as "an emperor with no clothes" who "has a thin-skinned and authoritarian personal style."
Getty