Users at 1 Police Plaza edited articles on Eric Garner, Sean Bell, Amadou Diallo, and other police controversies in what appears to be an attempt to downplay police accountability in each incident, according to Capital New York.

Over the last decade, Capital found hundreds of edits by users at the NYPD headquarters, "many of which had nothing to do with police issues."

In one example, hours after a grand jury declined to indict Daniel Pantaleo in the chokehold death of Garner, a user at 1 Police Plaza made these edits: 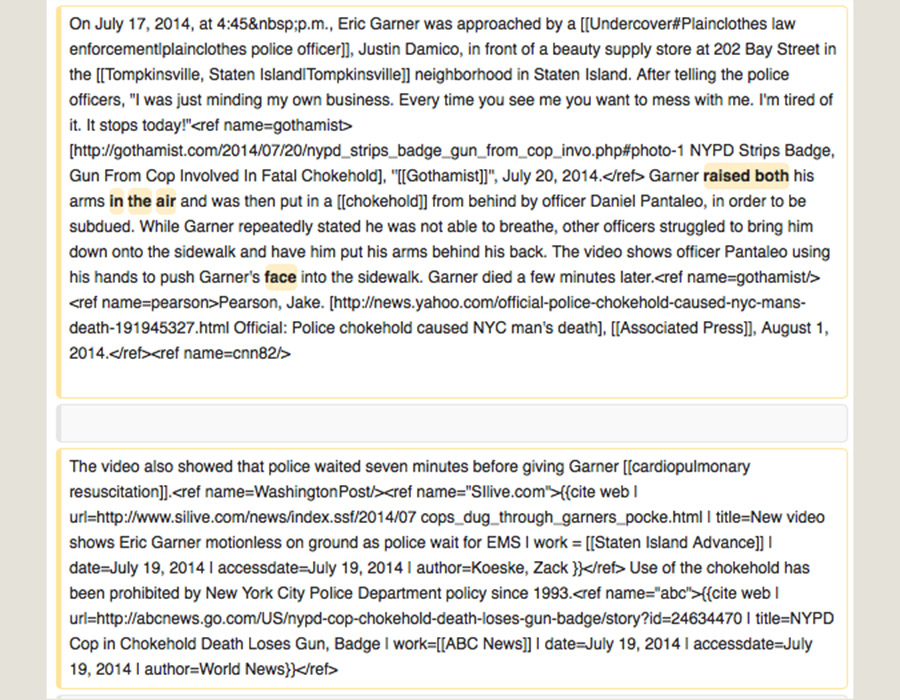 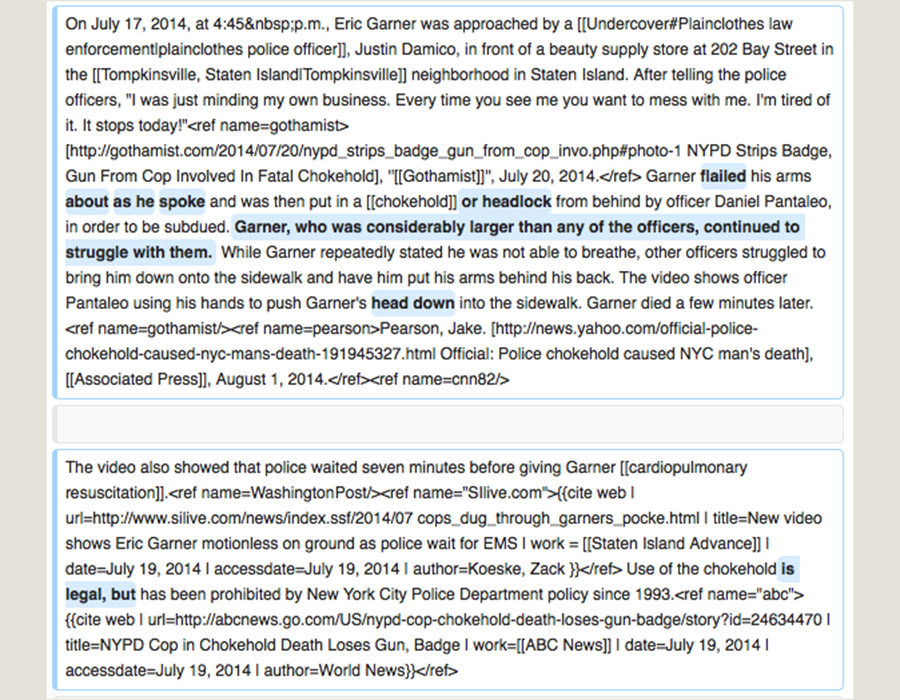 A NYPD spokesperson denied that the edits were made by someone using computers at 1 Police Plaza.

"We are conducting an internal investigation to identify what member of the service may have accessed the Department’s server," Stephen Davis, NYPD deputy commissioner of public information said in an email to The Huffington Post. "These incidents did not originate from computers located at Police Headquarters."

Wikipedia discourages people from editing articles based on their point of view and "will, on occasion, ban IP addresses for making edits to their own Wikipedia pages," Mediaite notes.

In 2009, Wikipdia blocked computers owned by the Church of Scientology because of self-serving edits. 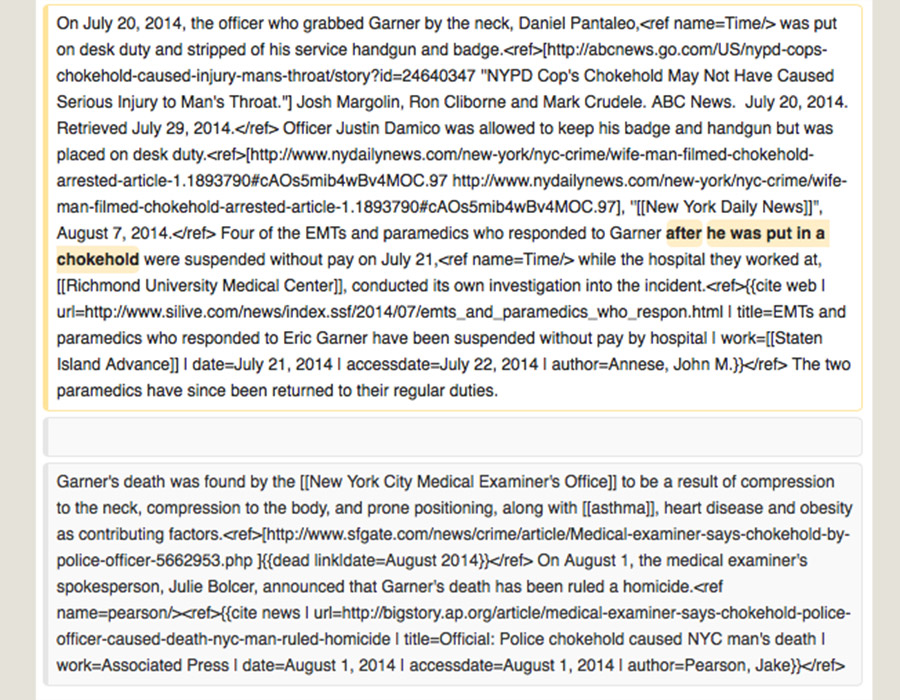 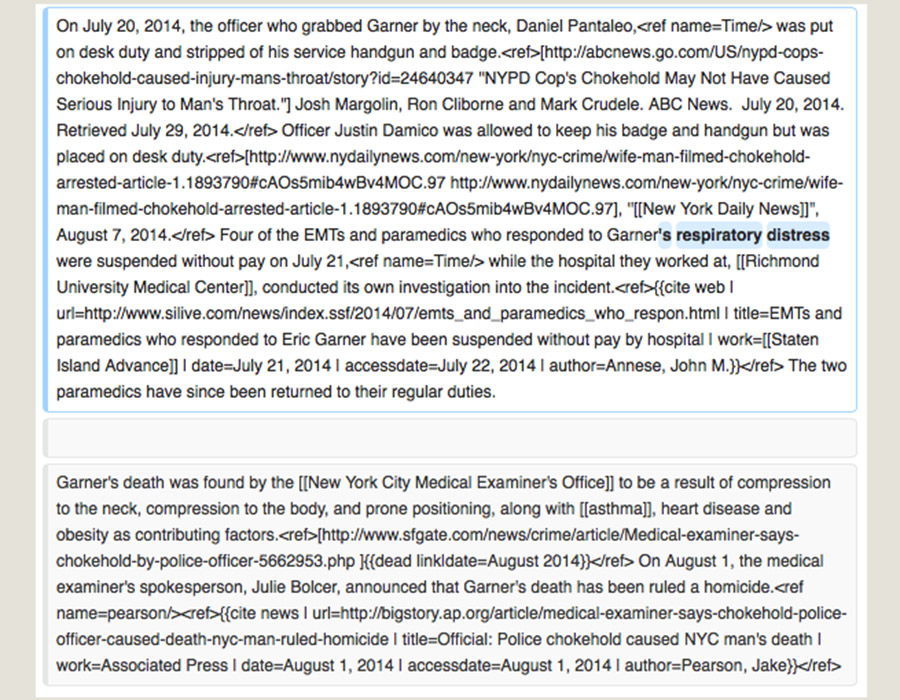 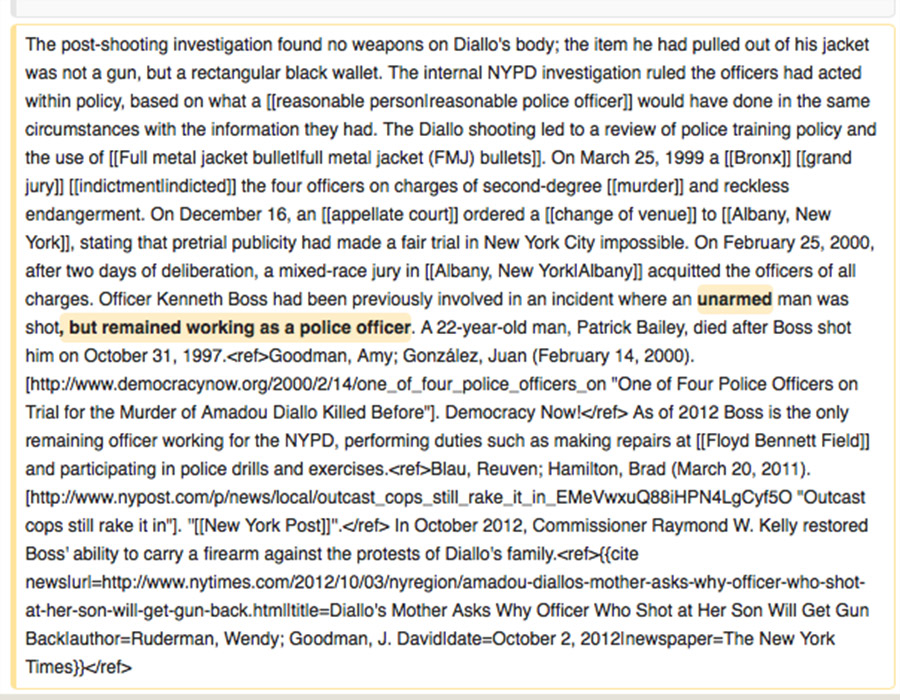 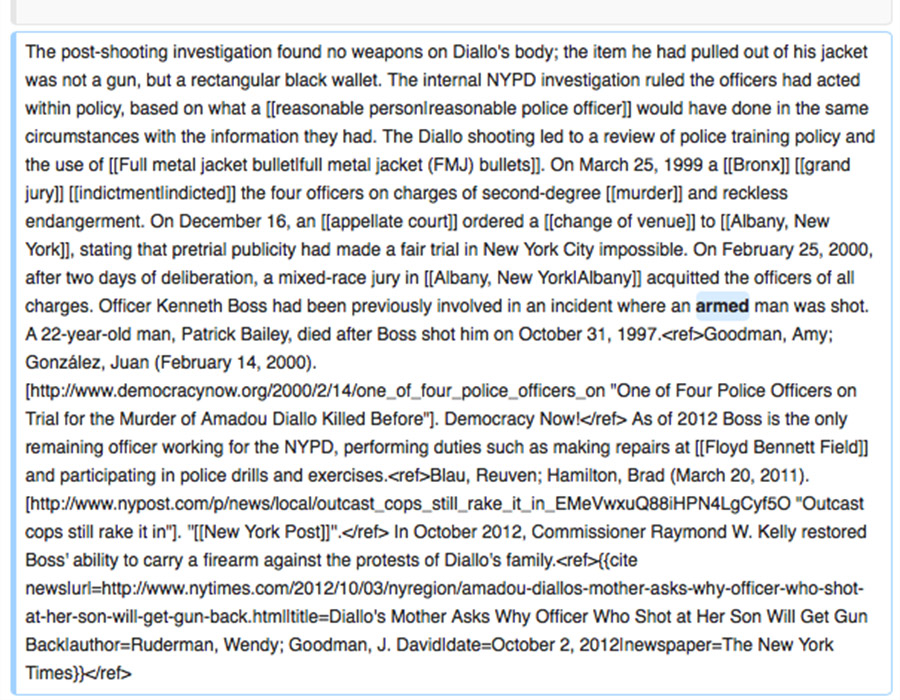