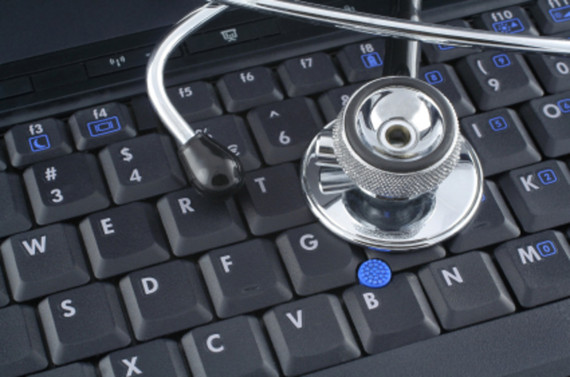 Research shows that Wikipedia is one of the most read sources of medical information by the general public across the world. jfcherry/Flickr, CC BY-SA

Health professionals have a duty to improve the accuracy of medical entries in Wikipedia, according to a letter published today in Lancet Global Health, because it's the first port of call for people all over the world seeking medical information.

In our correspondence, a group of international colleagues and I call on medical journals to do more to help experts make Wikipedia more accurate, and for the medical community to make improving its content a top priority.

Use around the world

Ranked the fifth most-visited website in the world, Wikipedia is one of the most-read sources of medical information by the general public. It's also frequently the first port of call for doctors, medical students, lawmakers, and educators.

Access is provided free of charge on mobile phones in many countries, under the Wikipedia Zero scheme. In developing nations, this has helped the site become the main source of information on medical topics. During the 2014 Ebola outbreak, for instance, page views of the Ebola virus disease peaked at more than 2.5 million per day.

Earlier this year, the site launched the free Medical Wikipedia Offline app in seven languages. The Android app has had nearly 100,000 downloads in its first few months of release. It's particularly useful in low and middle-income countries, where internet access is typically slow and expensive.

All this makes Wikipedia's accuracy vital because every medical entry on the collaborative online encyclopedia has the potential for immediate real-world health consequences.

A question of priorities

Given its model of allowing anyone to edit entries, Wikipedia is already surprisingly accurate, famously rivalling Encyclopedia Britannica. But even as the online encyclopedia matures, the accuracy of its medical content remains inconsistent.

The platform has historically struggled to attract expert contributions from researchers. Improving Wikipedia entries tends to be low on the list of priorities for doctors and other health professionals.

Finding time to write unpaid content in an unfamiliar format can easily lose out to more immediate career concerns. Doctors consistently work long hours with patients, and researchers tend to be busy applying for grants and publishing in academic journals.

The entry on stillbirth illustrates well why Wikipedia needs to attract more expert contributors. Every day, there are 7,000 stillbirths worldwide, but before my colleagues and I updated the Wikipedia page, it was was missing crucial information.

It didn't mention key causes, such as malaria, and common complications, such as depression. Having the full picture of a medical condition is extremely important for effective health care. And it's vital for patients as well. Knowing that depression is a normal side effect of stillbirth, for instance, can help women cope with the emotional fallout.

Similarly, accurate information on medication affects what doctors prescribe, what patients request, and what students learn.

While spotting the shortfall is easy, solving it will require the concerted efforts of multiple communities with unique strengths.

Doctors and researchers can provide expert knowledge about complex topics; medical journals can leverage their infrastructure for robust peer review and indexing; Wikipedians can provide their experience in encyclopedic writing and technical expertise; and medical schools can encourage student involvement.

Simultaneously publishing peer-reviewed work in academic journals and in Wikipedia could benefit all participants. This would include both putting existing entries through academic peer review, and converting suitable journal articles into Wikipedia entries. Official recognition of authors' efforts through their citeable publications by scholarly journals is an important reward for time-pressed contributors.

Peer review would ensure the quality of content, and for journals wanting to have an impact on public health, Wikipedia is the among the best outreach tools available.

Several scholarly journals have been exploring academic peer review of Wikipedia entries and more look to soon join them. Examples of joint-publishing include the Wikipedia articles for Dengue fever and the cerebellum, which have been reviewed and published by the medical journals Open Medicine and the WikiJournal of Medicine respectively.

PLOS Computational Biology similarly joint-publishes review articles in its journal and in Wikipedia for maximum impact. And, the journal RNA Biology requires researchers describing a new RNA family to also write a Wikipedia entry for it.

Progress has been slow, but several independent ventures show how the attitudes of major players in the biomedical ecosystem are beginning to shift further, and take Wikipedia more seriously.

Medical schools are also getting involved in improving Wikipedia entries. Medical students at University of California, San Francisco, can gain course credit for supervised editing of Wikipedia articles in need of attention.

These and similar schemes can hopefully normalise Wikipedia editing within future medical community. And patients will ultimately be the winners. When it comes to health content, the deadline is now.