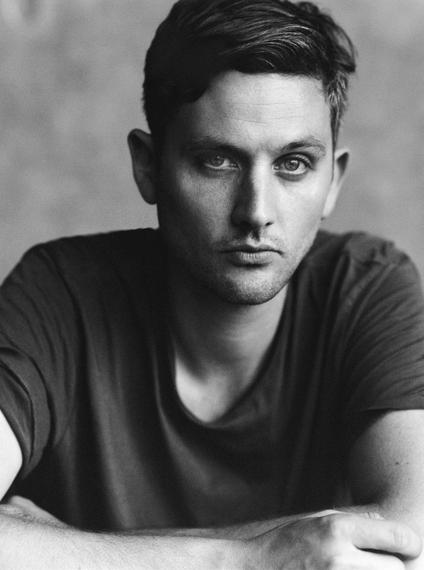 How do you become inspired and then create your vision?
For me, the way I deal with clothes is an iterative process that has been going on since I was a kid. Especially as a teenager, I started to take in what was around me and interpret it and assemble it. At that time, it was a very visceral, physical assembly. I would take in the stimuli that came from London and simply document the culture that inspired me. Then I would recommunicate what I saw through my own expression. Whether studying art later on in my teens, or studying literature at Cambridge, it would always be these cultural landscapes that attracted me. It didn't matter if I was ripping and sticking stuff together physically, or editing music videos for my friends, the goal was to walk around in this physical space and articulate an individual point of view on it. That's the best way to express how AllSaints gets its ideas. When there are a thousand ways to express ourselves, particularly through the brand, we have to take in what surrounds us -- ingest it, assemble it and then re-express it, with our own specific points of view. That's kind of fundamental to how I have always worked. It's a collaborative process to the culture and the environment in which we find ourselves.

How do you balance this dance between expression, self and commerce?
This goes back to the beginning when I first started responding to the environment around me. Nirvana's Nevermind came out when I was 13; here was essentially a punk rock band expressing itself in a stadium... and that is the most compelling thing imaginable. I saw this desire to be heard but also this responsibility to communicate one's ideas on a large scale. But in my field there is a commercial responsibility as well. So the way this dance works, for a band or for an artist or for any brand, is you have to have a point of view. If you're really, really scared of offending people, you're never going to please anyone. In the industry I work in, it is important to be able to achieve something that is commercially empowered yet commercially integrated. The collaborative force between the two is critical and being able to trust one's instincts is crucial. The last twenty years I have trusted my instincts.

What is the connective tissue between you and the consumers? How do their reactions and responses motivate you?
I assemble a wardrobe that is a catalyst for people to express themselves. I'm fortunate enough to be able to express myself through my work and my wardrobe every day, and I hope that I can give people that same opportunity through AllSaints' clothes. A wardrobe that makes sense and feels right is an extraordinary catalyst for confidence and empowerment. I use the phrase "a uniform without uniformity." The worst thing is when people ask, "What do you want people to be wearing?" The idea of the total, identifiable look -- you know, the matching bag, the matching partner, the matching dog and the matching car -- just doesn't exist. What inspires us, or at least what inspires me, is the idea of this collage. When I look at downtown LA, or when I look at East London, I see all the corners of all of the cities I love. These cities have a million different people doing a million different things in a million different places; it's this juxtaposition that makes these cities great. So when we do a show, or start a lookbook or launch a campaign, there is no real "total look." It's not about telling people what to wear; it's about giving them the choice to juxtapose.

AllSaints' women's clothing has a tough look, almost like an outer armor for females. What do you like about this vibe?
I find the juxtaposition of fluidity and structure really beautiful, and this is obviously apparent in a lot of our women's clothing. There has to be a play between these components, a balance between femininity and how to enhance it. It's like opposing elements that make things interesting.

How has the transition been from designing just for men to designing for women?
Rather than thinking of it as designing for men one second and designing for women the other, I went from having to think about men to having to think about what our global point of view would be, what our dialogue would be, what it would all be. How do we make a dialogue between the two genders that feels right without the bland cohesion of a matching homogeneity vibe? Because no one likes matchy-matchy, right? Men and women, the way they dress, their methodologies, lets off that there are independencies and consistencies in how they live their lives. Once we understood that, we then had to ask, "How do we dress them?"

Has there ever been a time in your life when you saw something and suddenly something you originally thought changed?
Rather than giving you a singular example, I must say that every time I go somewhere and see something new for the first time that experience connects to many other times and continues to change how I think. It's never been about one moment or one place. I feel like the more I travel and the more I see, my collage expands. My frame of reference and my palette become richer and richer. And maybe that is what the shift is. Not one moment, but everything. The idea that with the right confidence and the right subjectivity of vision one can be brave enough to go wider and to go global and be fearless and be uninhibited and know he/she would still be cohesive once expressed through the creative mediums of his/her mind.

What do you want your legacy to be?
I don't feel like I've even begun. Maybe it comes back to this fearlessness and this instinct and this trust, but I feel like it's just the beginning... But I do hope through the scale of the brand to create a special momentum that connects like-minded people to express that we can do anything. I hope the brand can culminate all the excitement of the world so as to create meaningful connections with previous generations and future generations.

It's one thing to have experienced a kaleidoscope; it's another thing when someone's words take you through one to see the world in a dimension you only could have dreamt of. Wil is a force to be reckoned with and if he has only just begun then we better hold on to our seats because a legend is unfolding.