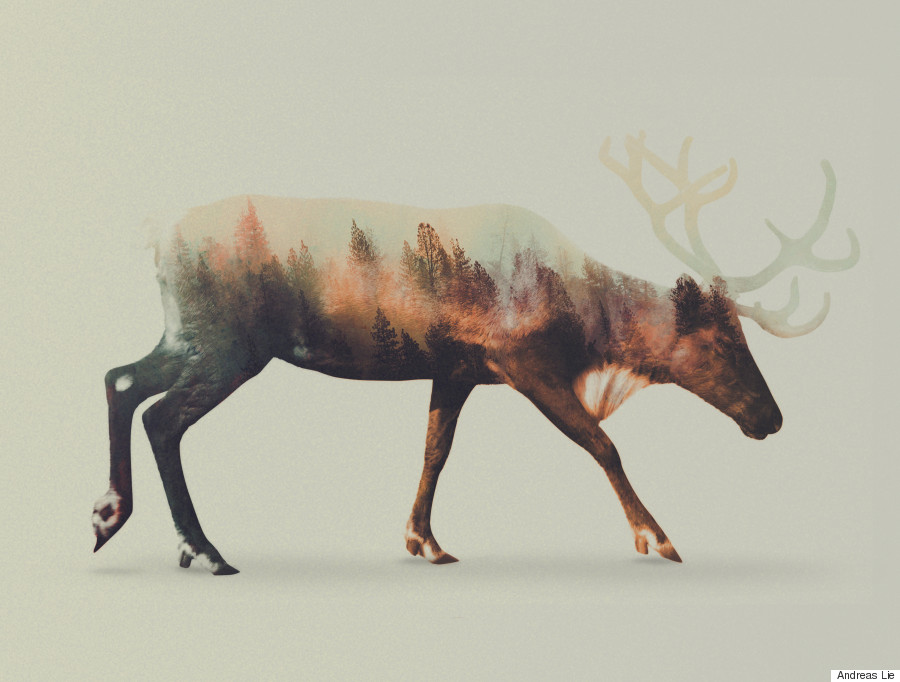 Norwegian artist Andreas Lie’s merged photographs look deceptively simple: the outlines of wolves and bears encompassing misty photographs of woody landscapes. A second glance, however, shows there’s something more going on: a fox whose red fur melts into fiery orange treetops, a crow whose knobby feet give way to lonely tree trunks in the depths of a forest. The two photographs -- a wild animal and a wild landscape -- have been matched and blended with such subtlety that it’s difficult to tell where the fur ends and the leaves begin. 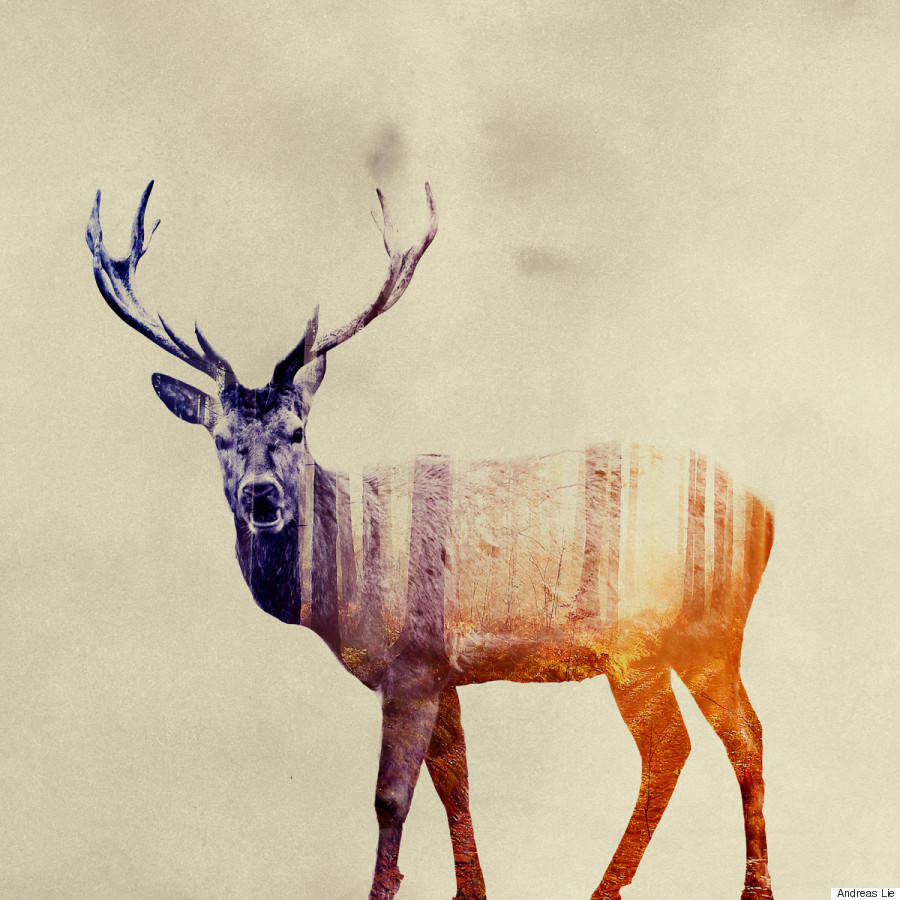 Lie’s works build from photographs, but he is careful to note that he is not a photographer. “I am a digital artist,” he clarified in an email to The Huffington Post, explaining that he uses stock photographs that fit his concept, then overlays them in Photoshop.

Though some of Lie’s work takes human or other subjects, he seems to have found a comfortable spot working with natural subjects. “I started experimenting with merging landscape photography in humans, and I had also done some work with animal portraits before so it was a natural progression to combine the two,” he says. What’s more, the untamed beauty of each animal -- a wolf, a fawn, a squirrel -- aligns with the stately wilderness Lie juxtaposes with their forms, making it seem as though the creatures are materializing like spirits from their habitats. 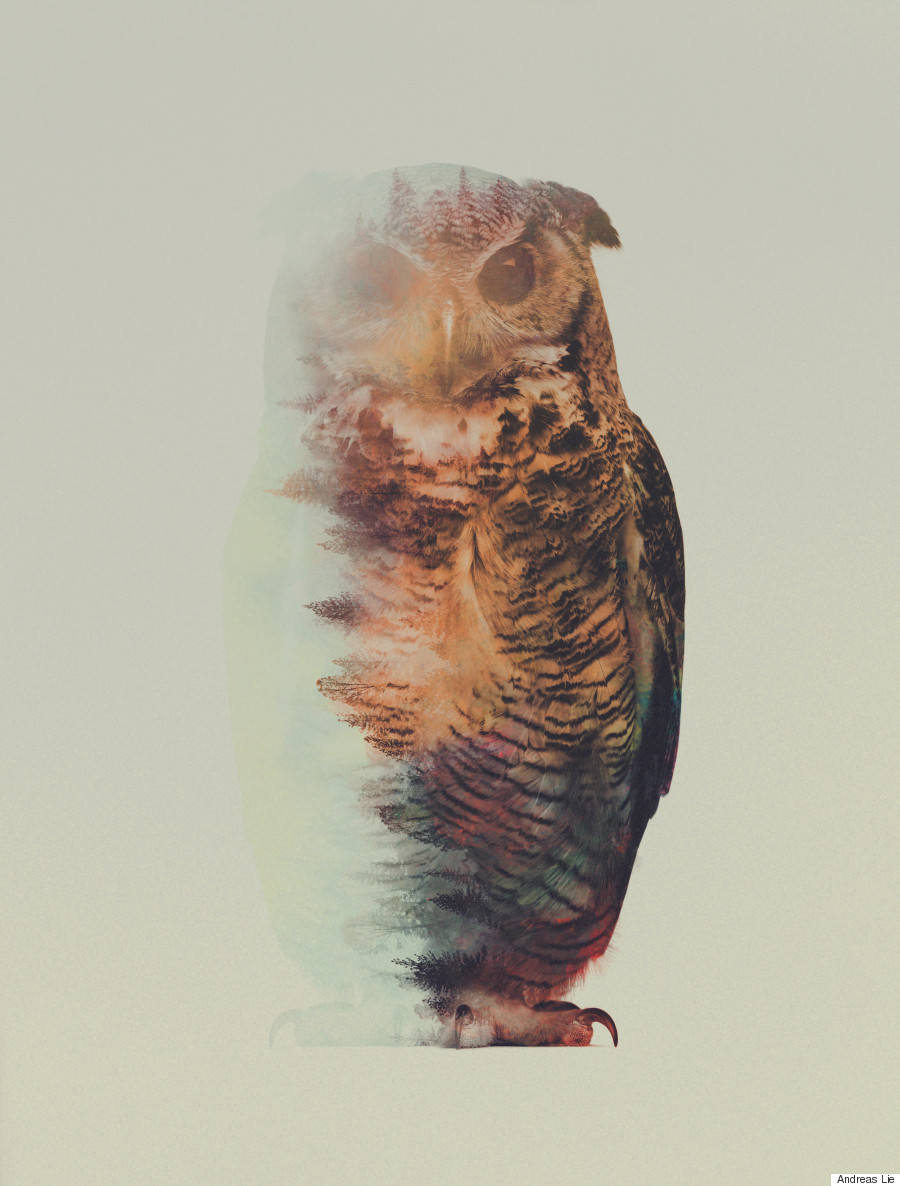 Lie says he’s happy if his art has any impact (he mentions that people have gotten tattoos of his work), though he doesn’t imbue it with a specific message. Despite this, a clear one seems to come through: The indomitable spirit and dignity of the wild animals and landscapes he celebrates in his art.

Check out more of Lie's art on his Tumblr. 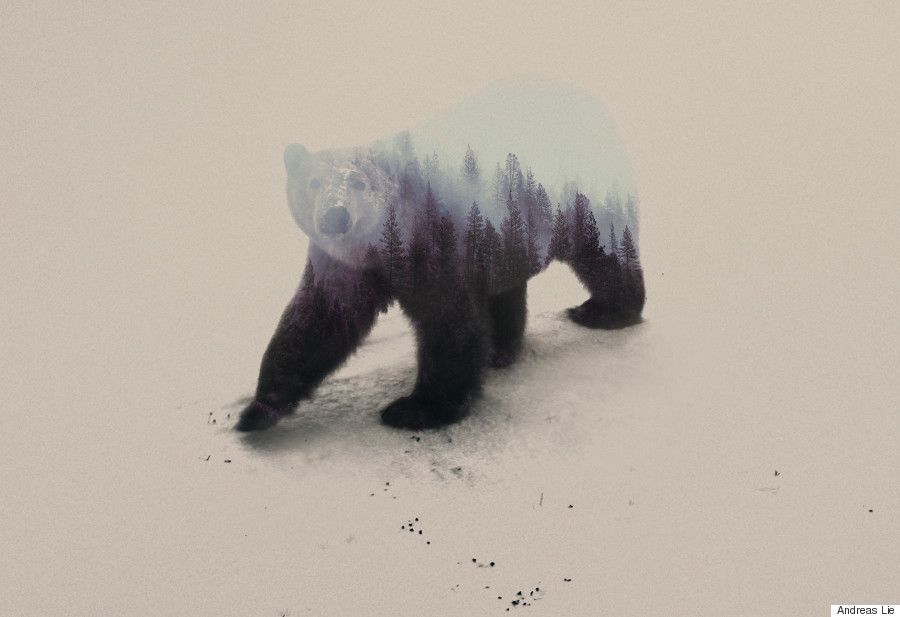 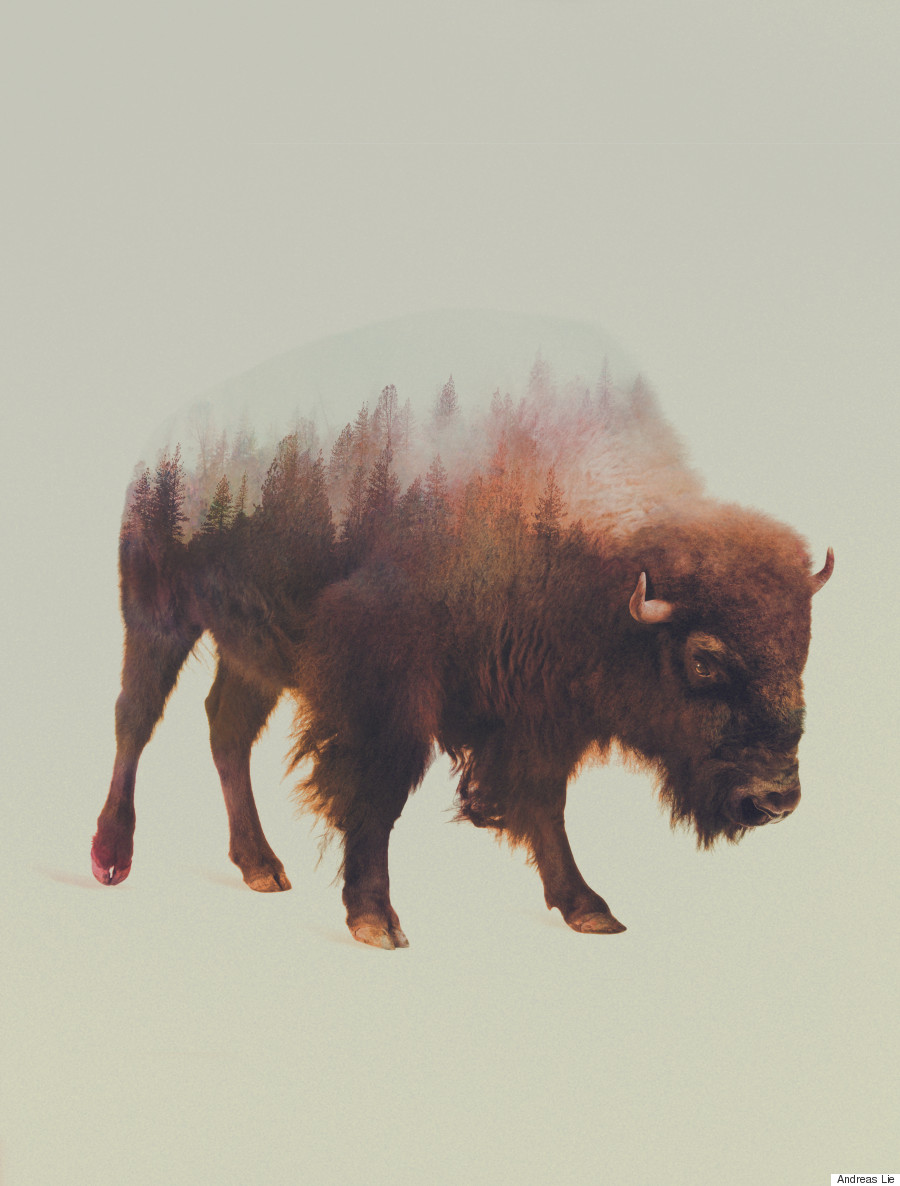 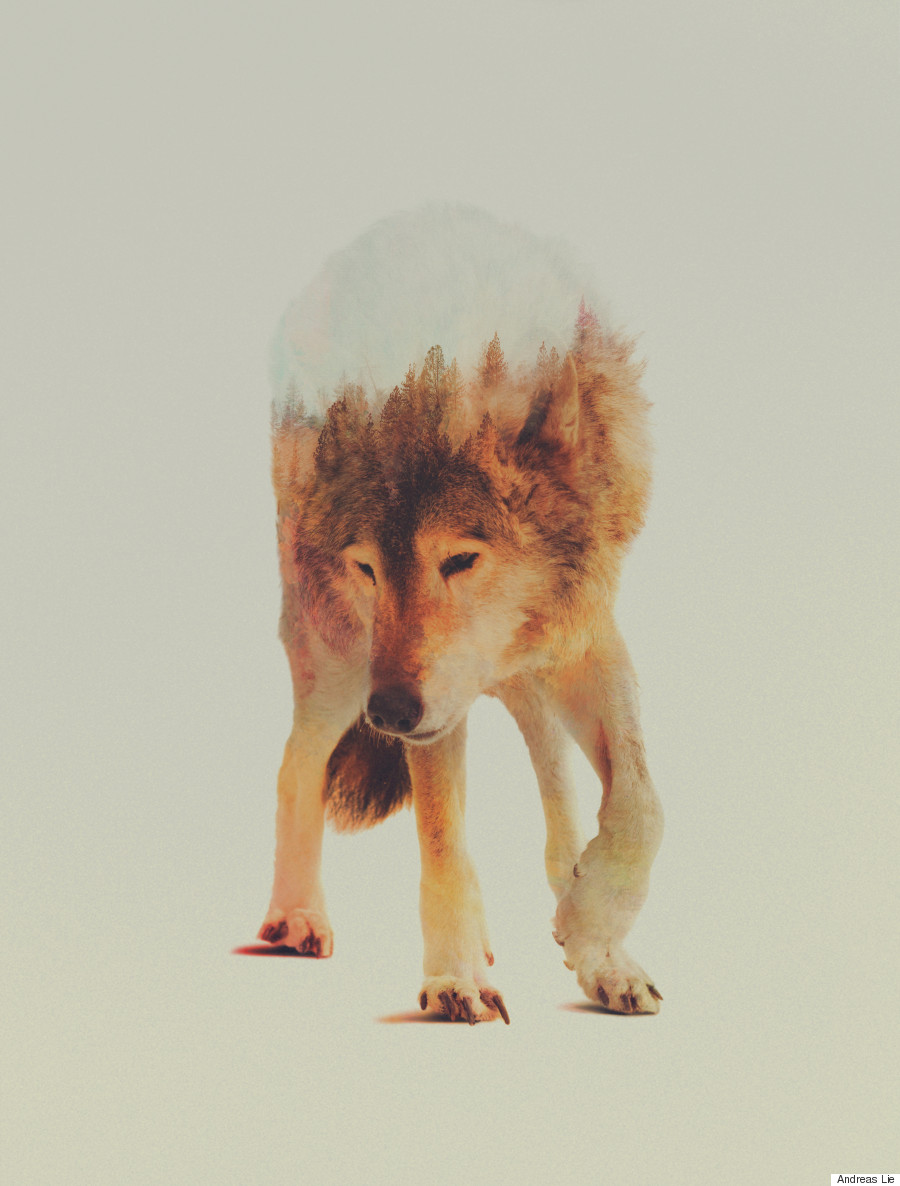 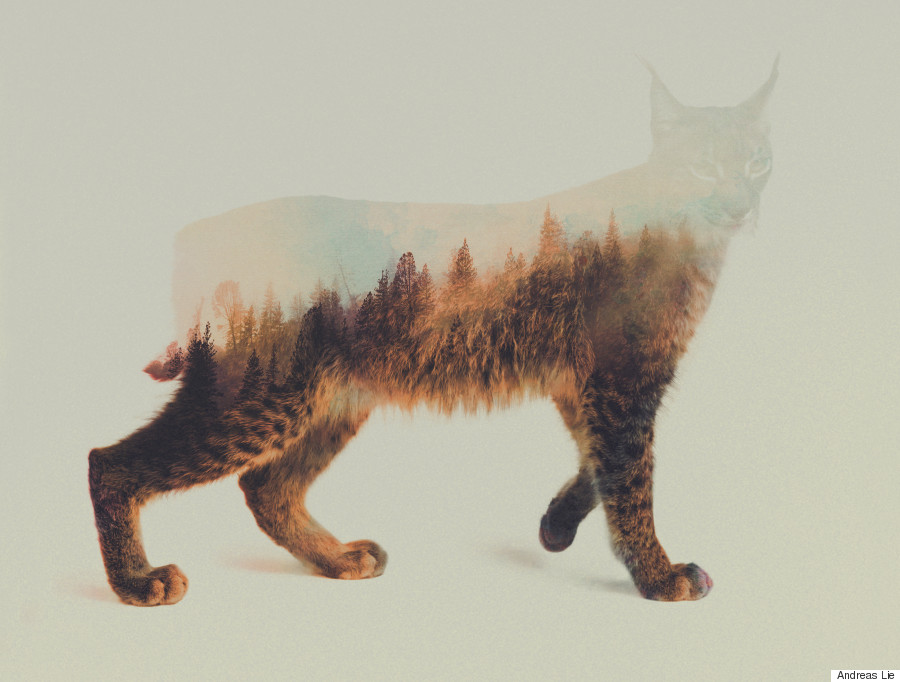 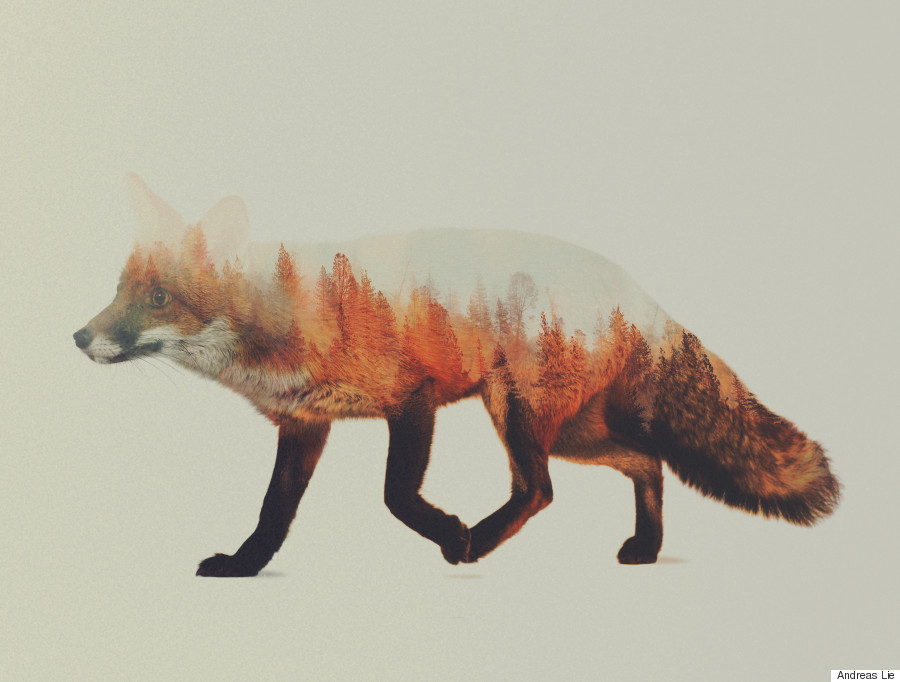 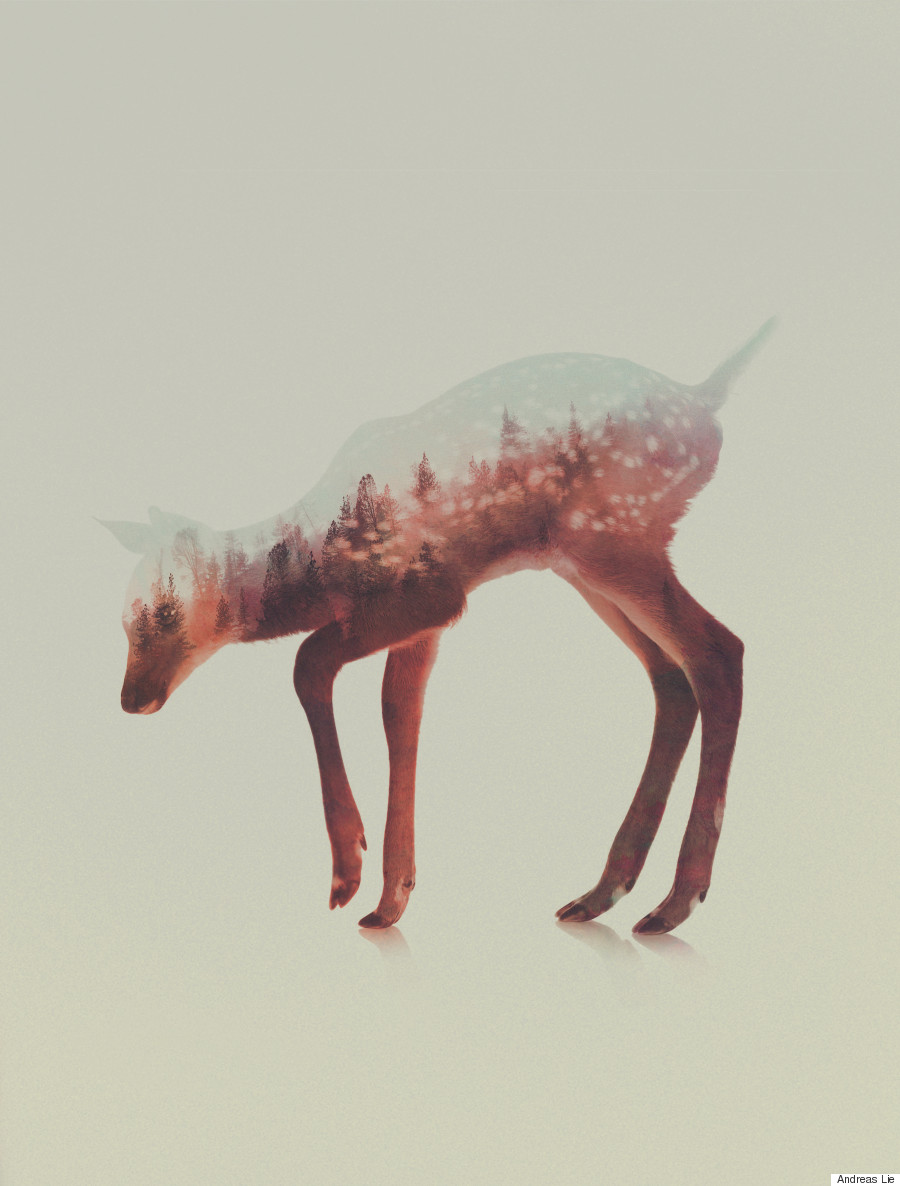 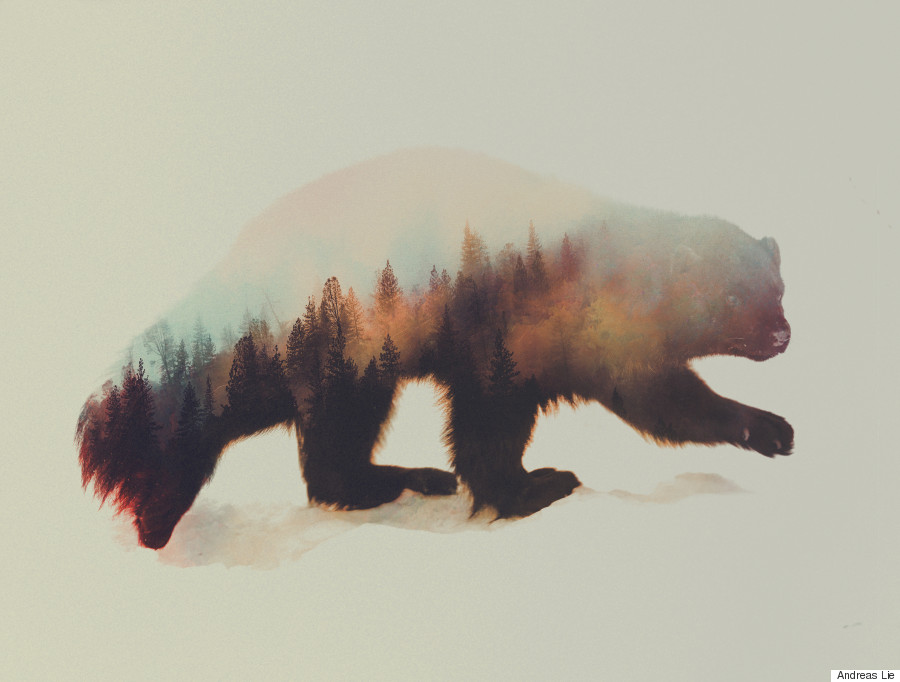 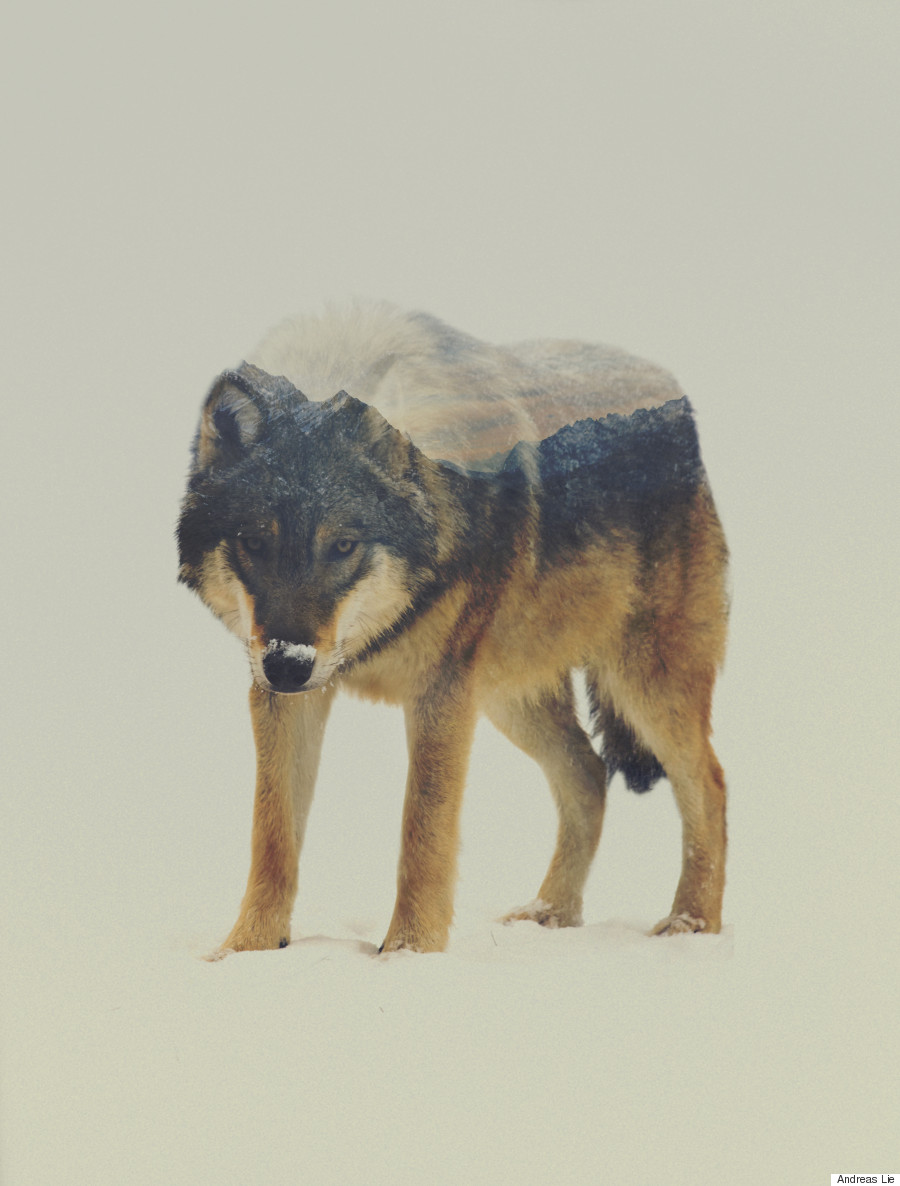 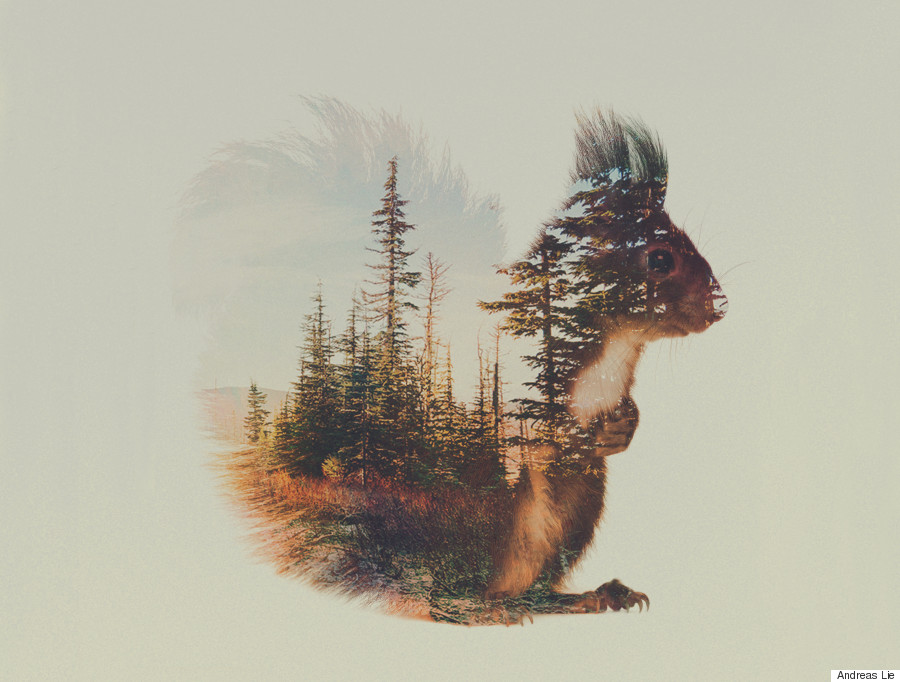 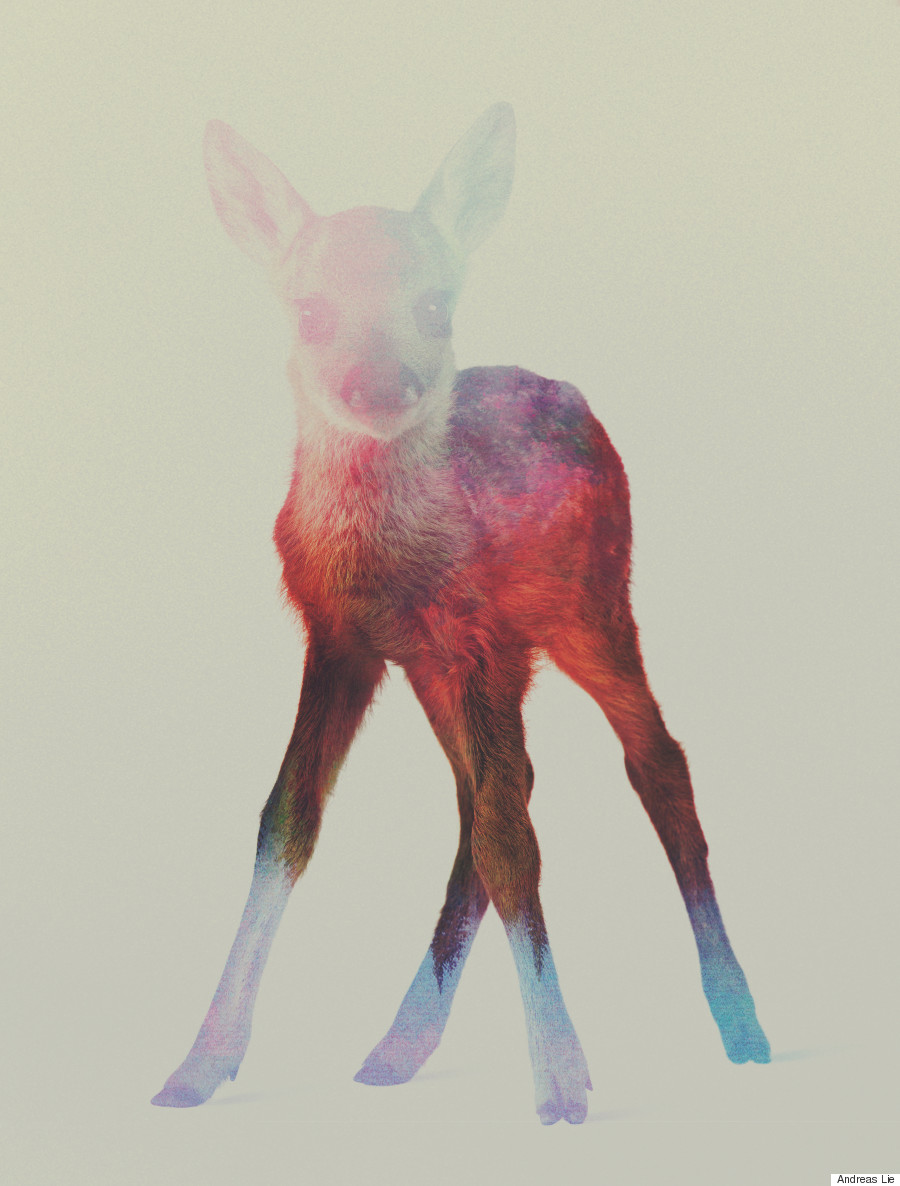 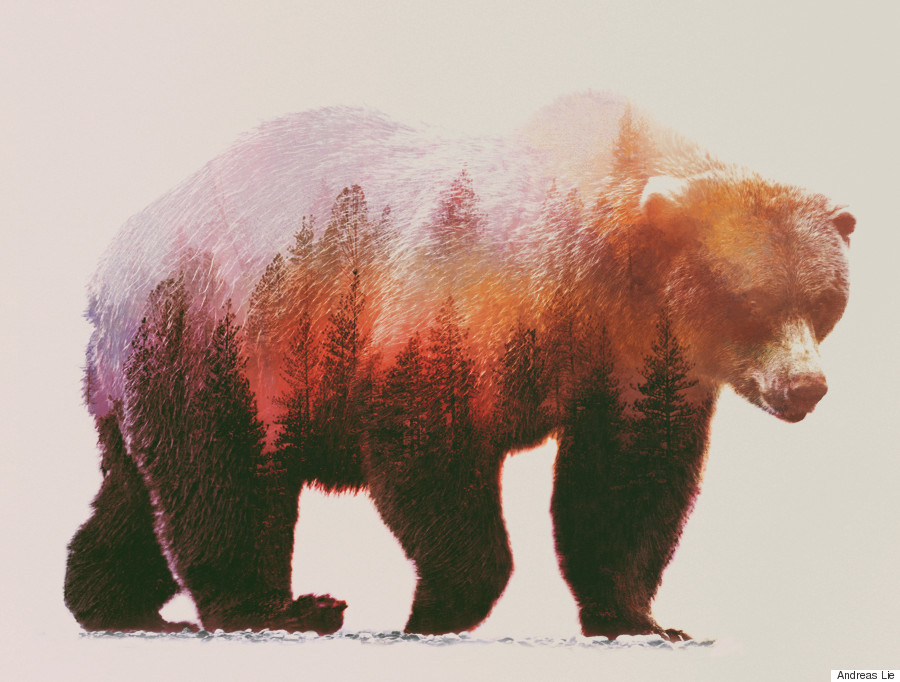