When a cow recently broke loose from a New York City slaughterhouse onto the streets of New York, The New York Times ran the headline, "Cow Who Escaped New York Slaughterhouse." Using "who" for a non-human is heifer heresy, and The Times struggled with inner conflict. While the headline ran with "Who," the first line of the story reported on the "cow that..." The New York Post reversed the Times inconsistency, running the headline, "Cow That Ran..." while their photo caption referred to, "The cow who escaped..."

For The New York Times it was a bit of a watershed, straddling a furry area in pronoun policy and prompting an explanatory editorial. "Our goal," wrote editor Philip B. Corbett, "is to reflect familiar usage among our readers. In the case of the cow in Queens, it seems our editors were caught between two impulses." At The Times they are a-changin'. 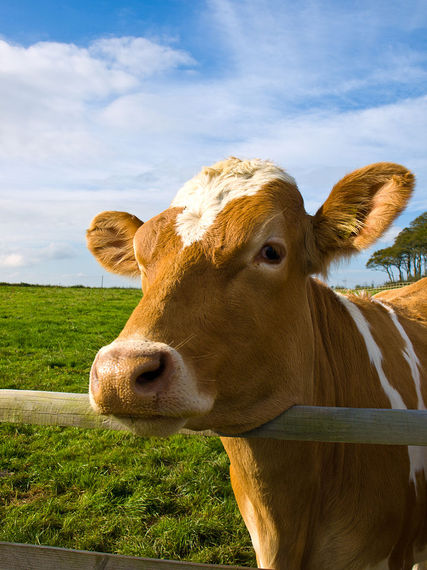 But not, apparently, at The New Yorker. There, Inky the octopus's jailbreak from New Zealand's National Aquarium in April prompted a profile with a photo and text. The caption under Inky's headshot read awkwardly, "Inky the octopus, which recently escaped." But The New Yorker too was at odds with its own caption; the body of the piece included, "Inky hauled his basketball-sized body out of the tank." "His" body; not "its."

What's going on? Lines are blurring as we understand more about who animals are. As I wrote in my recent book Beyond Words; What Animals Think and Feel, "I allowed myself to ask them the question that is forbidden fruit: Who are you?"

"Who" animals know who their family and friends are. They know their enemies. They make strategic alliances and cope with chronic rivalries. They aspire to higher rank and wait for their chance to challenge the existing order. Their life follows the arc of a career. Personal relationships define them.

Humans, of course, are "who" animals. But we're not alone. Who qualifies as "who," however, is hotly debated. I meant no disrespect to any living thing when I explained in an interview that an elephant is a who, but a herring--having no social structures in its vast ever-changing schools, no hierarchies, no more-than-momentary relationships, no friends or rivals or allies, no parental care--is an "it." I meant only to use the "who"/"it" distinction to reflect the fact that in certain animals (but not all), individuality is defined by relationships to others. The "who" animals live in structured social groups. They include many primates, parrots, lions, wolves, hyenas, African hunting dogs, elephants, dolphins, crows and ravens, some fishes, and others. And for some species, relationships are deep and lasting (as with wolves) while in others they are temporary (many birds during breeding season) or apparently non-existent (those herring).

But in The Huffington Post Marc Bekoff disagreed. He thinks a herring is a who, too. He wrote, "Nothing is lost by referring to other animals as 'who'."

Where does one draw the line? Is there a line? Is it social relationships? Sensory sentience? All other animals? A dog is an animal but so is a coral polyp. No mosquito advocates have yet argued for mosquito who-ness. But I'll bet that in time the pro-mosquito swat team will weigh in. Perhaps I'll be persuaded.

Those already convinced of non-human who-ness remain a bit stranded, however. Our pronoun palette tends to remain limited to he, she, or it. If we don't know the sex of a cat, we lapse into saying, "I watched the cat as it climbed to the roof." But we must frequently solve this gendered pronoun problem when referring to humans too. I can't abide the awkwardness of saying, "When a person is hungry, he or she should eat," so I say, "they should eat." I'm not the only one fed up with he/she eating; "they" is now widely accepted as the non-gendered singular pronoun. And my rule of thumb for non-humans: as you'd say it for a human, say it for a non-human.

Perhaps we should stop disadvantaging other animals by straightjacketing them in words they can never escape. There is no reason to refer to a female elephant or sperm whale as a "cow,"--yet that's customary. There is no reason to call a male elephant a "bull," to call bears "sows" and "boars," and so on. These are blinders we voluntarily wear that prevent any possibility of seeing them fully. 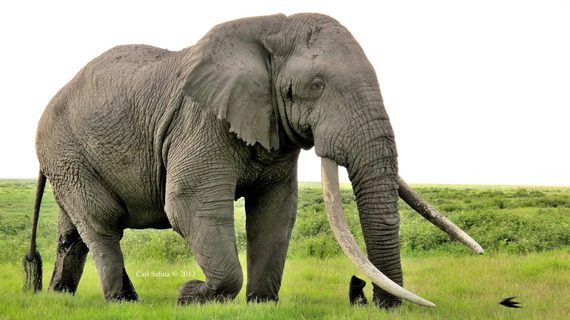 And we've done the same with humans. Let's not forget the verbal oppression that enculturated words like Jewess and Negress and calling dark-skinned males of any age "boy." A 40-year-old boy can never simultaneously be a man. That was the point. Pronouns are never accidental. They can be weaponized as a grinding reminder of reinforced otherness, inferiority, and exclusion. The fruits of this range from the sickening but obsolete to the subtle and contemporary. Just ask any actress who wants simply to be known as an actor for her professional skills.

A creature with big ears and a trunk who is called a "cow" can never fully be a female elephant in all her femaleness and her elephantness. With the word "cow" we've boxed her up in the category: "large female." We needn't consider her further. We can't really even see her because our label hides her.

Some people call whales and elephants "bull," "cow," and "calf" out of habit. But labels propagate bias. "Male" "female," "baby," "adult," "brother," "mother," and so on are more accurate terms for what and who those whales and elephants are. If we let the terms equalize, our smokescreen begins to clear; the blinders begin to come off. Of course, that's what some people are afraid of.

Let's see what happens when we take the blinders off. Call a male a male and a female a female and a person "who" and a non-human animal "who" too. Level the living playing field. Certainly, without those blinders we see a more complex world. But it'll make us think twice about some things.

Oh, and that escaped New York cow? After recapture (by police), the cow was rescued from slaughter and now lives on a New Jersey farm sanctuary. New York Magazine's face-photo of the cow, now named Freddie, carried the caption, "I win."

# # #
Carl Safina's most recent book, Beyond Words; What Animals Think and Feel, will appear in paperback in July. 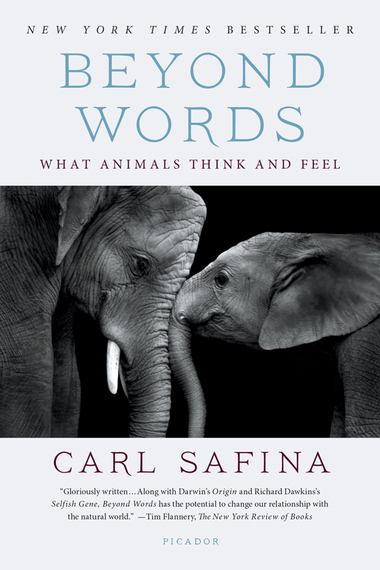