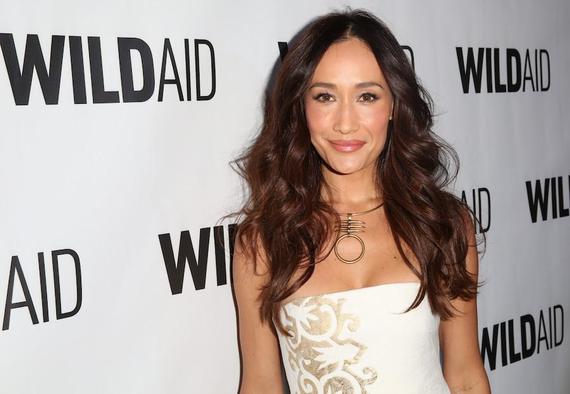 WildAid, the San Francisco-based wildlife conservancy organization that has helped roll back hunting and trade on endangered species in the last decade, held a celebrity fundraising gala in Beverly Hills on Saturday night, and raised $2.5 million dollars in a single evening.

Other passionate celebrities who attended the event that night were Fergie and Josh Duhamel, Michael Cudlitz from The Walking Dead, Amy Tan, and Chevy Chase among others. 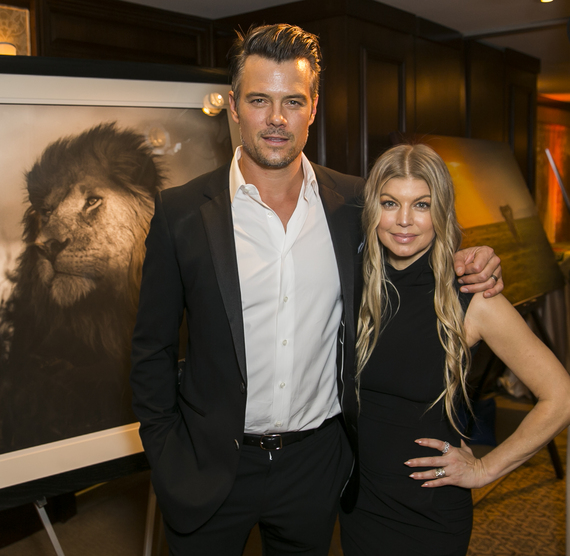 The live auction saw many six-figure bids from enthusiastic supporters one after the other, for five-star travel and gift items donated to the cause. One could see the expressions of gratitude on director Peter Knights' face, and his wife and Director of Development Corie Henniger, who opened the festivities and now watched from the sidelines. "This is our big fundraiser for the year and we're very pleased with how it went," Peter told me at evening's end. "We have an extremely passionate and supportive base."

WildAid is not a household name, but it has been affecting households across the world.

For 15 years they have been targeting the deadly supply trade where animals are endangered and being hunted to extinction.

At the silent auction before the banquet, I stood with Josh Duhamel and Fergie before stunning artwork and several sepia-toned animal portraits by photographer Nick Brandt, one showing what seemed like an endless line of African rangers holding up severed elephant tusks extending to the horizon. "It's a no-brainer," says Duhamel. "Such a great cause, even to just raise awareness. Appreciating how rare our planet is, this planet, it's a jewel. Imagine if we saw animals like these on a different planet we'd honor them, and here's we're so desensitized, we don't appreciate what we have." Fergie, agrees. "It's a great cause. I just want my son to be able to see elephants." 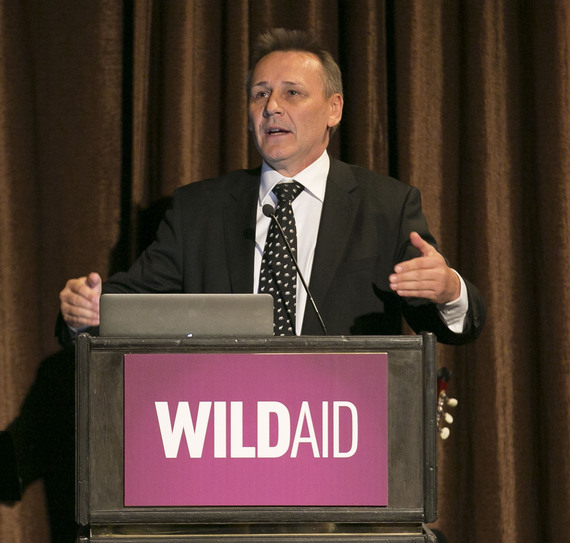 At the podium during the dinner Knights tells us 33,000 elephants are killed a year for their ivory. The sudden hush in the room speaks volumes. "That's 96 a day. That's one every 15 minutes," he continues. It's a painful reality to take in. Millions of elephants roamed Africa as recently as the 1930s, now there are only 40,000 Asian elephants remaining.

"Next year is the Chinese year of the monkey, but we want it to be the year of the elephant. We want a worldwide trade ban. We want elephant births to outnumber deaths," he says to applause. In a world fraught with eco-apathy and environmental-cause numbness, often those that love the planet feel stuck in an immutable ground battle with the powers of pro-profit, trade and cultural ignorance. Change seems daunting if not impossible. But Peter has a lot to celebrate with WildAid's ongoing successes.

Their most notable achievement is the most recent. Several months ago saw the joint agreement between the United States and the Chinese Government to a nearly complete ban on ivory. It's a stunning achievement considering the ivory trade has been bringing in as much as 73 tons of ivory a year into China alone and decimating the elephant population. But how did WildAid help achieve what seemed impossible just a few years ago? 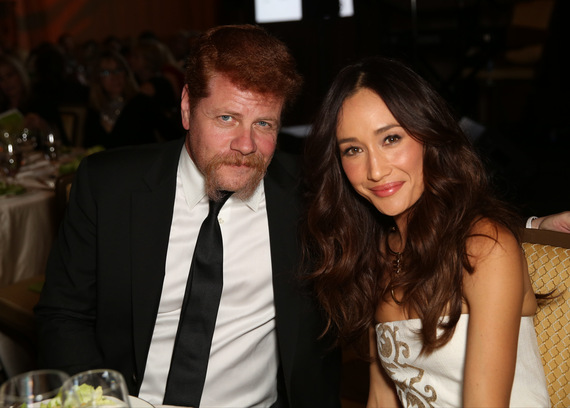 Starting many years earlier in 2004 WildAid targeted shark fin soup. "As many as 73 million sharks were being killed every year primarily to supply the shark fin soup market in mainland China," Peter tells me. Some estimates the killings double that. "A quarter of sharks were threatened with extinction and it needed to be addressed," he says. "The Asian market didn't realize what was happening. On their menus the dish was translated as fish fin soup. Seventy-five percent of people didn't realize where the fin came from. Another knew, but 19 percent thought they grew back. So it had to be a cultural re-training and education. In 2008 we were a presence at the Olympics with the Chinese government buying over $10 million in ad space for our cause and in 2011 the Chinese government banned shark fin. But that was at government banquets, which is great, but for the general population the campaign has to continue."

Chinese superstars like Yao Ming and Jackie Chan, as well as Chinese CEOs came on board in the advertising media against it. Celebrity ambassadors like actress Maggie Q, who stars as "Tori" in the Divergent film franchise, became an advocate as well. Receiving WildAid's 2015 Wildlife Champion award that night, she reflected on how happy she was to be a WildAid PSA, widely shown on Chinese television where her romantic date goes well until the shark fin soup arrives, and she throws it in her guests lap and storms out. "I love abusing men in PSAs," she said from the banquet hall's podium to laughter, "but I'm so thrilled to be a part of this organization, and so great to be able to use my voice in a market I know so well for these consumer-based campaigns that are educational."

"As of last year, we have reports a 50-75 percent drop in shark fin use this year," Peter says from the podium to applause of the crowd. "That's an extraordinary cultural shift. Years and years of work with the Chinese government and getting the word out is working." Notably WildAid is the only group that has partnered with the Chinese Television Agency Shinwa and has never once been censored. "China is very much our partner in this and we couldn't do this without them," he points out. During the evening, Peter showed images of WildAid's iconic billboards and their ads at Chinese airports, train stations and bus depots. "If we don't get you on the train, we'll get you on the bus, and if not on the bus, in the taxi," he says showing yet another WildAid ad inside a Chinese taxi. "We are getting it done. We now have a staff of 40 people in over 10 countries. A few years ago it was just the five of us," he says.

Speaking to me at a more private function several weeks earlier, Peter shared with me his thoughts on WildAids strategy. Salt and pepper haired, with a winning grin, Peter's calm patience belies his boyish enthusiasm when he talks about his cause. "You have to change attitudes," he was saying. A daunting task, I point out, but he was having none of my caution.

You stop buying it, and the animals stop dying. It's that easy. (WildAid's campaign slogan is: When the buying stops, the killing can too.) The thing is it's not intrinsic in Asian culture to be cruel to animals. They are historically kinder than we are. But because the Chinese culture/country has changed so quickly there is a disconnect. Ninety-five percent of them when polled want to ban the ivory trade. I doubt you'd get that high a number here in the States.

The success of the shark fin campaign, which is still ongoing, is a notable success and considered a dying business now in China. So in 2011, WildAid felt an urgent need to address the brutal ivory trade which had accelerated and which has been devastating the elephant population for decades. They applied their business model: celebrity-driven education, which kills the consumer market to destroy the profit point. So when the buying stops the killing can too.

What's amazing is four years into their campaign they have seen the greatest real-world results yet imaginable. The recent joint US-China agreement ban on ivory in 2015 may have been unthinkable only a few years ago. "There is no magic bullet, but this is the best thing that could have happened," Peter has said previously. And we're hoping Hong Kong joins them as well, as they are the laundry for Ivory in that part of the world. But we are very encouraged."

Walking Dead star Michael Cudlitz, who stars as fan favorite "Abraham" on the series, is not only a celebrity supporter but was an auction item Saturday evening. A friend with Knights' wife Corie from college, Michael has helped the organization for years and long before his own fame. Now he's auctioning dinner with himself and four other cast members of The Walking Dead to help support WildAid. When the bidding passes $50,000 he stops to remind the audience "you know it's just dinner, right?" to laughter. The bid tops out at $60,000 and he says, "I was feeling cheap, but now I don't so much!" Sitting down with him later he shared: "I think there are a lot of doors that are going to open worldwide because of the ivory ban with countries that don't typically agree on these things. I'm hoping it will go from 'don't tell me what to do' to 'why not be a leader and look as good as these other countries?'" he says.

WildAid also has a campaign to save the rhino, which unbeknown to many, are in very real danger of extinction. Current estimates state there are only around 10,000 black rhino left on the planet worldwide, and only four white rhinos on the planet. Read the last number again if you need to understand the severity of the situation. "The rhino horn is touted as a cancer cure, an aphrodisiac, anything to sell it and it's all not true," says Peter. "It's just made of the same protein as fingernails and toenails." WildAid ads showing Richard Branson trying to bite his toenails drives the point home at the idiocy of cutting off a rhino's face for the horn. Branson, a great advocate for WildAid, has just had 20 business leaders in Vietnam pledge not to use rhino horn. Jackie Chan appears in a WildAid PSA about the rhino and how the profit from the horn buys the equivalent weight of guns, ammunition and machetes to kill the next one.

"The rhinos have plenty of habitat," says Peter. It's all about profit. The poachers shoot them with darts for a silent attack so as not to draw attention, and the drugged animals then wake up with their faces cut off and then die. It's horrendous. Barbaric. Pointless."

At the end of the evening, Maggie Q tells me her connection to animals was always strong, always vibrant and when WildAid reached out to her she was very happy to be part of the solution. "Do you know how many species we're losing a year? Over 10,000. We're on the brink of the sixth massive extinction on the planet. So the passion is easy."

WildAid's 15 years of tireless work to stop the illegal wildlife trade have forged seemingly impossible alliances. It is a David and Goliath story between animal advocacy and cultural giants. As he discusses each new cause, what would seem impossible to some, Peter just gives me a sideways smile. "Just change attitudes," he says, his eyes lighting up.

The work is ongoing, but there's no question WildAid's work is paying off.