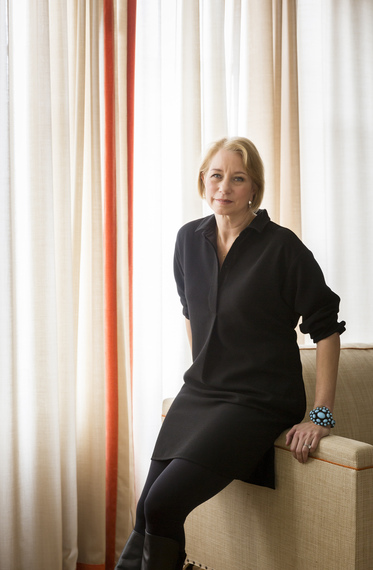 Laura Lippman began writing novels while working as a reporter. Seven "Tess Monaghan" books were published before she left journalism in 2001. Her bestselling novels, which are considered to be literary crime fiction, have garnered the Edgar, the Anthony, the Agatha, and the Shamus Awards, among other honors.

In Wilde Lake, Luisa "Lu" Brant has just been elected State's Attorney of Howard County, Maryland, a position previously held by her father. After Lu's husband dies suddenly, she and her two children move into her childhood home where her father is living.

Despite being independently wealthy, Lu needs to work and takes on the prosecution of Rudy Drysdale, a homeless man accused of murdering a woman in her apartment. While preparing for trial and living in the home where she grew up, memories re-emerge concerning the murder for which her brother was investigated when he was 18 and she was 10.

Lu now begins to question various incidents from 30 years ago, and wonders if memories of her earlier family life are truthful.

Lu Brant is a fascinating character. Tell us a bit about her.
She's extremely competitive; loves what she does; works despite not having a financial need to do so; and she's not unlike me in some respects. She's also someone who's very aware of following in her father's footsteps, and can't help wanting to best her older brother who's always excelled at everything.

Wilde Lake seems as much a family saga as a crime thriller or mystery. Will you talk about that?
I define crime novels very broadly. To me, a crime novel is one in which a crime propels the story. There would be no story in Wilde Lake if not for two crimes--the murder of a woman in her apartment in 2015, and an event of 1980 in which there's a stabbing death.

Sometimes, these genre definitions can trip us up. If a reader comes to Wilde Lake thinking it's a legal thriller with a case playing out in the courtroom featuring dramatic turns and twists, that person will be disappointed.

Wilde Lake is very much a novel about family and reconciling how we view the past with our present sensibilities. In the present, we often feel superior, as though we've figured everything out in the ten or twenty years that have elapsed since something occurred. We tend to forget that if we go into the future and look back at our past--which is our present right now--people might consider us as having been backward or wanting. That should make us a little more forgiving of the mistakes made by our ancestors.

A central element of Wilde Lake is the unreliability of our earlier memories, which create our own version of the truth. Will you talk about that?
Everyone has had the experience of looking back at something from the past and suddenly realizing what really happened. We end up saying, 'This is what truly happened. This is the perspective I didn't have as a child.'

Memory isn't reliable. Telling a story over and over again doesn't make it any more factual. There's evidence in the study of the human brain that every time you tell a story, you introduce errors into that story. It's like lifting a very old piece of lace from a box where it's been kept. Every time you pick it up, you risk damaging or changing it.

But memory is often the only thing we have. After all, other than factually verifiable incidents, what can we really 'know' about past events? If we limit ourselves to primary documents, videos and photographic evidence, we won't know very much. In journalism and other forms of communication, we have to rely on people's memories which are almost universally imperfect.

In Wilde Lake, Howard County itself almost seems like a character. Talk about the importance of setting for a novel.
As a writer, place is always very important to me. It's informative. In Wilde Lake, I wanted to tell a story about well-intentioned people who make mistakes. 1970s Howard County was a perfect place for this story because the town of Columbia--as described in the novel--was founded in 1967 as a kind of Utopia. It was a carefully planned community where neighborhoods were as heterogeneous as possible, with small apartments and suburban homes, where different classes and races of people could live side-by-side. The founding principles made the town a perfect "fit" for the story I wanted to tell.

As a highly successful novelist, what's the most important lesson you've learned about writing?
To do it. [Laughter] To get up and write, and to do it regularly. I think people make a mistake in talking about developing discipline. Discipline is a scary word. It doesn't sound like fun, and it's difficult to maintain. It's the conscious act of overcoming one's own will--like following a diet or exercise program--which almost always fails.

What really works for people isn't discipline, but habit. It's crucial to develop the habit of writing. It's best to start small. My big mistake when I started was trying to write all weekend. It was impossible--it was exhausting and there were other things I needed or wanted to do.

Instead, setting a goal of writing for thirty minutes a day, four times a week, is more realistic. My writing goal to this day is to write a thousand words a day. If I do that five days a week, in twenty weeks I'll have a novel. That's the important lesson I've learned--to build writing into becoming a habit.

What do you love most about the writing life?
I love working for myself. I have a great editor whom I love, but I really work for myself. I set my own hours; have my own goals; I come up with my own ideas; and I'm treated as a full partner in the enterprise. It's very different from the newspaper work I once did. I love the independence of being a writer.

You're hosting a dinner party and can invite any five people from any walk of life, living or dead, fictional or real. Who would they be?
I'd definitely invite Stephen Sondheim. I'd love to have Ferran Adrià, the chef from el Bulli; he is one of the seminal figures in the world of cooking. My husband would be there because I love him, and he's great company. I would also invite a friend who's the most provocative, no-holds-barred person I know, Rebecca Chance; and I'd love to invite Michelle Obama to the dinner. I wouldn't invite any dead people because I'd have to spend so much time bringing them up to speed on stuff. Imagine saying to Shakespeare, 'The other day, I Googled someone...' and he would look at me like I'm insane [Laugher].

What's coming next from Laura Lippman?
The working title is Pink Lady which repurposes and reimagines two novels: The Postman Always Rings Twice by James Cain and Ladder of Years by Anne Tyler.

Congratulations on penning Wilde Lake, a beautifully written novel exploring what happens when we are forced to examine family-shaping myths and the frailty of our most cherished memories.