WASHINGTON -- This year marks the 50th anniversary of the Wilderness Act, the law that created a new designation for public lands that retain their "primeval character and influence." Yet the only thing Congress has preserved in the last four years is its record dry spell, having designated no new areas of the country for protection under that law since 2009.

The 112th Congress, in 2010 and 2011, was the first since the law's passage to fail to designate any new wilderness. And now, halfway through the 113th Congress, it's unclear whether any more will be designated this session, either.

The lack of new designations "speaks to the broader dysfunction of Congress," said Paul Spitler, director of wilderness campaigns at the Wilderness Society. "They seem to have lost the ability to compromise and move forward."

While there are other designations for public lands, such as parks, national forests and wildlife refuges, wilderness is the highest protection that can be given to wild lands. Such areas are off-limits to drilling, logging, roads and most motorized vehicles. The Wilderness Act of 1964 defined the areas it sought to protect simply: "A wilderness, in contrast with those areas where man and his own works dominate the landscape, is hereby recognized as an area where the earth and its community of life are untrammeled by man, where man himself is a visitor who does not remain."

In all, 110 million acres of the United States are currently designated as wilderness. And for most of its history, conservation in Congress has been a bipartisan effort. Lawmakers would propose new areas for protection in their home state or district, and their colleagues would approve it. Conservation advocates say that comity has broken down in recent years.

"In the past, Congress has been willing to grant deference to a state's delegation when they wanted to designate new conservation and wilderness areas," said Spitler. "Now we have extremists who won't compromise."

The last time Congress designated new wilderness was in March 2009, with the passage of the Omnibus Public Land Management Act, which marked 2 million new acres of land for protection. That legislation cobbled together more than 100 separate bills to protect public lands across the country.

Congress has made little progress on new designations since then.

Check out the slideshow below for some of the places currently under consideration for wilderness designation.

For a few weeks last July, it seemed like the House might advance several Republican-sponsored wilderness bills, like the one to protect 32,500 acres of the Sleeping Bear Dunes in Michigan (from Rep. Dan Benishek) or the 22,000-acre expansion of Washington State's Alpine Lakes (from Rep. Dave Reichert). Both bills were discussed in Natural Resource Committee hearings, but neither has been marked up or voted on yet.

Democrats in the House blame Republican leadership of the committee, which has authority over such legislation, for blocking movement. "There is a leadership opposition on the Natural Resources Committee," said Rep. Raul Grijalva (D-Ariz.), the ranking member of the Subcommittee on Public Lands and Environmental Regulation. "I think fundamentally it's an opposition that we have enough public lands, let's not add any more on."

Instead, Grijalva said, most of the efforts by the committee chairman, Rep. Doc Hastings (R-Wash.), have been to make it easer to drill for oil and gas on public lands. "We've had to concentrate on protecting the policies on the books, rather than putting the energy into new designations," said Grijalva.

Environmental and conservation groups don't have a lot of love for Hastings, either. The 10-term congressman from Washington's 4th District has a lifetime score of just 3 (out of 100) from the League of Conservation Voters, and as chairman he's led efforts to try to overhaul landmark environmental laws like the Endangered Species Act.

Rep. Rob Bishop (R-Utah), the chairman of the subcommittee on public lands, said Republicans also "feel frustrated" that some bills the House has passed have been stalled in the Senate. Bishop pointed to two recently passed House bills that enhance public lands protections: one expands the California Coastal National Monument and another adds wilderness areas in Oregon's Wild Rogue and Devil's Staircase regions.

New wilderness areas, Bishop said, are also getting harder to find. "The easiest places to designate as wilderness have been done," said Bishop, "so it takes a much more finessed effort to try to do something now than it would have."

He said House Republicans want a more deliberate approach to land protections, making more areas available for various uses rather than imposing more strict wilderness designations. "The only difference is Doc Hastings is not making things so he can check a box, pat himself on the back and say, 'Look, I created wilderness.' He realizes that wilderness should have some rationale to it and some reason," said Bishop. "You do it for a purpose, not just so you can say, 'I did wilderness.'"

But even when the House and Senate can agree on a new area for wilderness protections, they have been unable to finish the job.

The Devil's Staircase protections, for example, have passed both chambers, but have yet to be reconciled. The Wild Rogue wilderness expansion bill, meanwhile, has passed out of the Senate committee, but has yet to receive a vote in the full Senate. The two other wilderness bills passed by the Senate -- to protect Michigan's Sleeping Bear Dunes and Washington's Alpine Lakes -- were among the bills discussed, but not yet passed, in House committee in July. (The Alpine Lakes wilderness measure did pass in the House in the 111th Congress, and then Senate Republicans blocked its passage in the upper chamber.)

Although the Senate held more hearings on proposed legislation in 2013 than the House did, it's been a "mixed bag," said Athan Manuel, director of the lands protection program at the Sierra Club. "We didn't see a lot of ambitious public lands [in 2013]."

Senate Natural Resources Committee Chair Ron Wyden (D-Ore.) struck an optimistic tone on lands protections for the new year. Wyden is the author of both the Wild Rogue and Devil's Staircase measures in the Senate. "I'm hopeful that in 2014 we can have an outburst of bipartisanship on public lands bills," Wyden said. In his own committee he has worked closely with Republicans, like ranking member Lisa Murkowski (R-Alaska), on public lands issues over the years. "Looking ahead, I hope I can help drain some of the partisanship out of this discussion."

The dispute over lands protections has also crossed over into a territorial squabble over national monument designations.

That executive action provoked House members in April to propose legislation that would curb presidential authority to designate new monuments. House Republicans introduced a bill that would require congressional approval for all monument designations.

The Obama administration in recent months has been increasing the pressure on Congress to find some common ground on the issue of public lands. In a November speech at the Press Club, Interior Secretary Sally Jewell identified this as a top issue in her conservation work at the department. "Congress needs to get moving to pass dozens of locally supported bills," Jewell said. "If Congress doesn't step up to act to protect some of these areas that have been brought forward by communities, then the president will act."

Wyden said he is optimistic that Congress will reach some compromises in 2014. In particular, he pointed to the October government shutdown and the groundswell of public complaints about the closure of public lands as evidence that this is an issue people care about.

"What was learned during the shutdown is that Americans were probably as unhappy at the closure of parks and special places as they were about anything else that went on," said Wyden. "America said loud and clear, 'Don't mess with our special places.'"

CORRECTION: An earlier version of this story misstated the anniversary the Wilderness Act will mark this year. It is the 50th, not the 40th.

PHOTO GALLERY
Public Lands That May Gain Protection In 2014

Will Congress Go Another Year Without Designating New Wilderness?
Public Lands That May Gain Protection In 2014 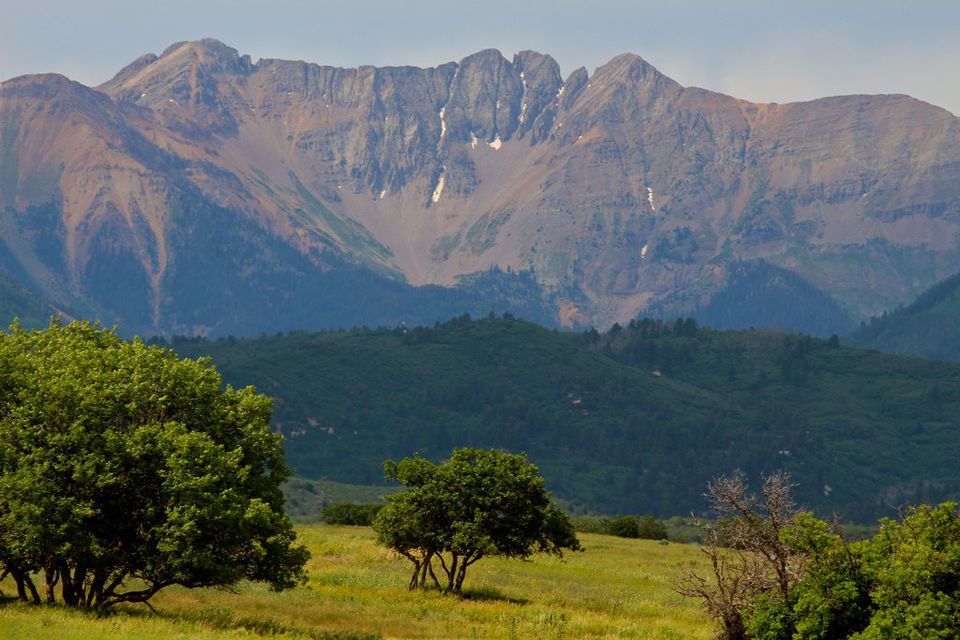 1 / 12
San Juan Mountains Wilderness Act, Colo.
The bill would expand existing wilderness areas and protect a diversity of landscapes, including soaring mountain peaks, old growth spruce and fir forests, and wildflower-filled meadows in southwestern Colorado. Introduced in the Senate by Sen. Mark Udall (D-Colo.) and co-sponsored by Sen. Michael Bennet (D-Colo.), the bill would protect over 60,000 acres, including 32,000 acres of wilderness and preserve one of Colorado's most beloved outdoor recreation areas. (<a href="http://www.flickr.com/photos/21550937@N03/9274216768/" target="_blank">Photo: Roy Luck/Flickr</a>)
Roy Luck/Flickr